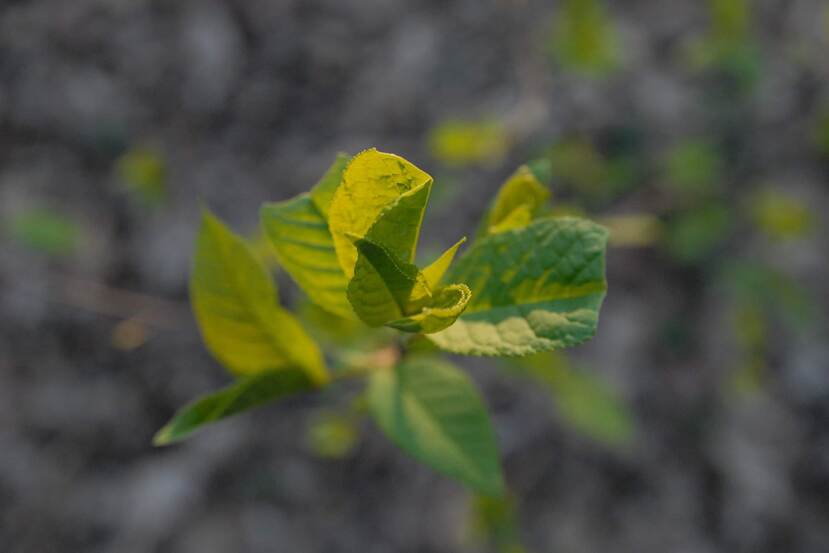 Plants yield will be affected this year by environmental factors - Which is why a new central insurance construction was proposed.

Due to the hardships that agriculture faced in the recent past, especially the market shocks and economic problems caused by the COVID-19 pandemic, Minister for Agriculture István Nagy is proposing to Parliament a draft legislation on a new agricultural insurance scheme.

Currently, agriculture, mainly plant cultivation, is covered by a three-pillar risk reduction system: It includes an agricultural damage compensation grant system, insurance subsidies and frost damage reduction scheme. The new agricultural insurance is intended to be a fourth pillar in this system. It is planned to be a voluntary central insurance plan, in which participating producers pay annual contributions, and get insured if their income in a year drops by more than 30%. Upon ratification by parliament, the insurance plan would launch in 2021.

In the wake of the shockwave

The pandemic pulled no punches in terms of economic disruption. Agricultural sectors across industries are affected to various degrees. One of the worst hit segment of horticulture in Hungary, the decorative plants and gardening sector was previously expected to suffer catastrophic damages. According to newer estimates, however, the losses will be lower than previously projected. The annual aggregated performance of the sector is about HUF 470 billion (€1.345 billion) and this year’s losses due to the pandemic were previously estimated to be a catastrophic HUF 300 billion (€858.6 million) but due to the economic measures, these losses might turn out to be half the previous estimation, in which case, the sector could still reach 70% of its mean annual profit in 2020. Many small shops are still severely affected, especially fresh flower shops, so the sector is not out of the woods yet. Current loss estimates are also still preliminary.

Another affected area is the meat industry. Minister for Agriculture István Nagy proposed the revision of meat import from third countries to European Commissioner for Trade Phil Hogan, in order to prevent long-term damages in the Hungarian and EU poultry sector. Currently, a large amount of import meat enters the EU and with the pandemic-induced demand drops, this can disrupt fowl meat industries throughout the communities according to the ministry.

In the rabbit meat sector as well, the pandemic made a dent. Export has been down 20-25% since the beginning of the crisis, due to the fact that the primary target markets, Germany, Switzerland and Italy, have been experiencing massive drops in demand.

The economy adapts as the storm is passing

While the global pandemic will likely leave behind lasting effects in the economy, various sectors I Hungary are employing measures to get business back on track. In the financial sector, commercial and investment banks are rolling out new financing instruments for the impacted agroeconomy. The latest measure was introduced by the Hungary-based international banking titan OTP, which joined the “Széchenyi Card” central loan structuring framework system with new loan packages geared toward the financing issues of the pandemic. MKB Bank had previously introduced an agricultural interest-subsidized loan package for agricultural economic activities (including investments into forestry, plant cultivation, processing, selling of products) with 3 to 10-year schemes, with an 80% interest subsidy.

In the commercial sector, with the pandemic changing consumer behaviors, e-commerce is on the rise. A recent survey shows that due to the fear of endangering their families, 25% of the consumers are now doing all shopping online. With the exception of senior citizens, the majority of the population (75%) finds online shopping safe and reliable. In the hospitality industry, catering and tourism, life will slowly start to return. With a May 4 partial relaxation of pandemic measures, hotels can reopen after May 15 outside of Budapest and Pest county. Restaurants, coffee shops, confectioneries can reopen open-air garden and terrace spaces to customers this week but a 1.5 m interpersonal distance must be maintained. Public space usage fees for terraces have been waived until September. This will affect agriculture and food in a major way because various sectors, like the milk industry are suppliers of this industry while others, like aquaculture, depend on it in a major way.

The gates are open for seasonal workers

Due to the lobbying of the National Chamber of Agriculture (NAK), the government amended on May 6 the pandemic-related governmental decrees, allowing seasonal workers to enter the country. Previously, the measures had already been relaxed to a degree, allowing workers near the borders to enter. With the current amendment, all workers from neighboring countries can enter Hungary with the purpose of work upon fulfilling the administrative requirements.

These requirements include the notification of the border police 48 hours before entry, with details on the worker’s personal information, as well as intended place of work and accommodation.

This measure might help agricultural sectors affected by the pandemic. A shortage of labor has been an issue in these labor-heavy sectors for years, which was now severely worsened by the pandemic and the governmental countermeasures put in place. Horticulture is especially in dire need of workers. Although the spring frosts damaged plantations and negatively impacted yields, the for the asparagus and strawberry harvest, producers still need more hands in the field. (The harvest of asparagus requires 4.5 thousand field hands, strawberry no less than 13 thousand.) Annually, the seasonal field works provide employment for 60 to 70 thousand people in Hungary and the past two months have shown that the unemployed labor force of other sectors are not able to adapt to the demanding manual labor of agricultural field work, making the employment of seasonal workers from the regional neighborhood essential.

The National Bureau of Food Chain Safety (NÉBIH) reported two new cases of the H5N8 subtype of the highly pathogenic avian influenza in Békés County, Southeast Hungary on April 30th. The livestock of 23 500 turkeys near Battonya and 10 000 geese near Nagykamarás were culled by authorities. An additional event from Kondoros, Békés County was reported on May 5th, where 10648 culled animals.

These latter two cases show an eastward spread of the H5N8 HPAI subtype, compared to previous cases in Csongrád and Bács-Kiskun counties in early April. Both farms are situated in the close vicinity of the border with Romania.

NÉBIH calls for the special attention of smallholders in the South and Southeast to apply the precautionary and protective measures as highlighted in Decision 1/2020 of the Chief Veterinary Officer, dating January 16th.

Beginning May 4th, HPAI screenings are compulsory for all shipments 48 hours before departure from the designated limited zones of Békés County, bound for domestic destinations. The same measure has been already in place concerning Csongrád and Bács-Kiskun counties. (Source: OIE)

For our previous report on the recent Avian influenza outbreak, click here (link)

The wild boar population in Eastern and Northern counties of Hungary is still prone to African Swine Fever. In the first quarter 2020, the most affected counties were Borsod-Abaúj-Zemplén, Szabolcs-Szatmár-Bereg, Heves, Hajdú-Bihar, Nógrád, Pest, Jász-Nagykun-Szolnok. As of May 7th, the domestic pig population is still intact of the disease. The National Bureau of Food Safety calls for the special attention of smallholders to apply preventive and protective measures to avoid contact with wild boars and mind special hygiene around households.

The latest official reports give count of fourteen new outbreaks from April 21st from Nógrád and Heves counties. Three of the seventeen cases were killed by hunters. The authorities work closely together with professional hunting associations to carry out preventive measures in the affected areas. (Source: OIE) 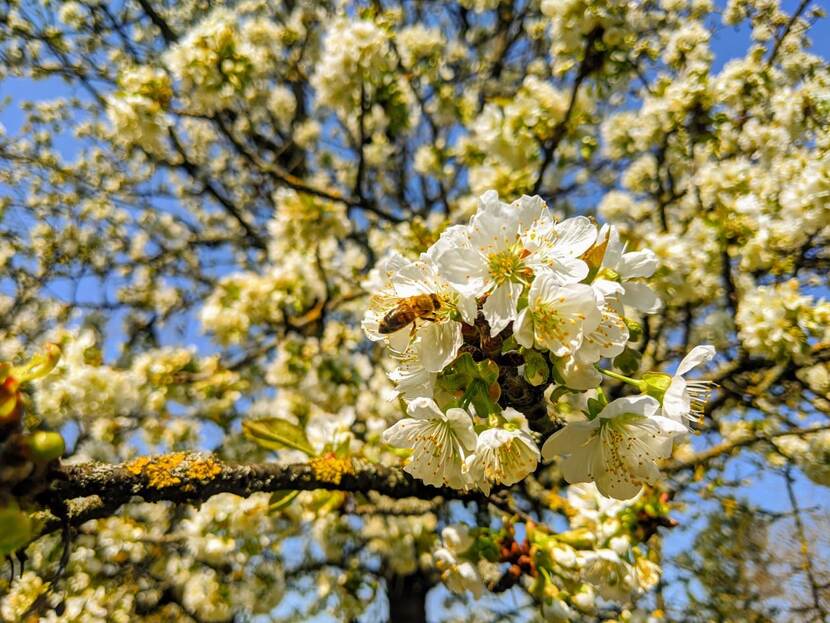 Spring is a busy season for bees. A new economically friendly agent to treat the American foulbrood is a promising development for apiculture.

The company has been awarded a grant of HUF 120 million (€339.4 thousand) by the National Research, Development and Innovation Office (NKFIH) for the project.

Currently, the only way to combat the spreading of this disease is the incineration of entire beehives, which is a drastic and financially demanding measure. The new agent will be tested on infected hives. It will be an environmentally friendly solution that can be used even in organic apiculture and the company intends to export it to other EU member states. (For our previous article on the Hungarian apicultural sector, click here (link))

According to a February testing of the water of the River Danube by an independent laboratory and commissioned by Greenpeace Hungary, the microplastics contamination level of the river is 147 microbeads per cubic meters, three times the value of previous tests.

According to Greenpeace, the primary source of microplastics pollution is non-recyclable plastic waste, mostly polyethylene and polypropylene, often used in packaging. The organization calls for the cessation of the use of single-use plastics. WHO is still researching the human epidemiological risk factors of the alarmingly increasing microplastics pollution in the global environment. 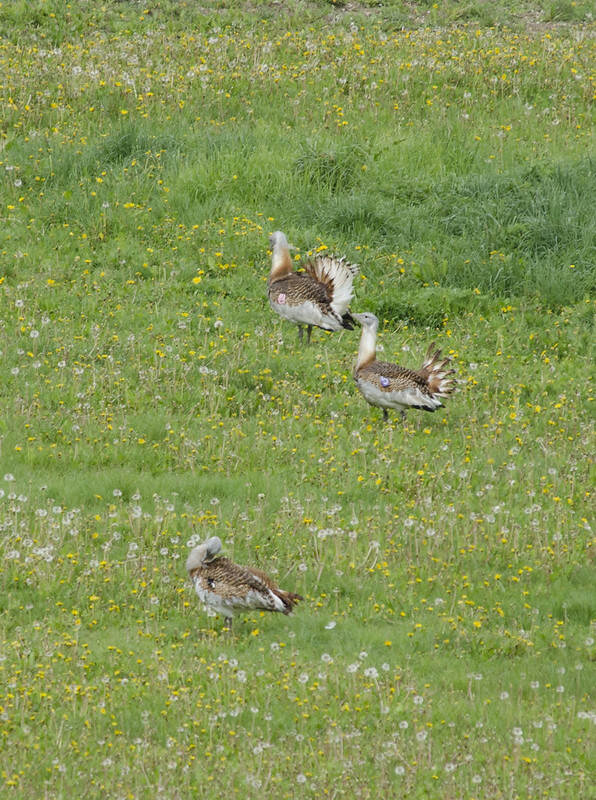 The great bustard is an emblematic protected species in Hungary and is the sigil of the Körös-Maros National Park.

The Körös-Maros National Park in southeastern Hungary is launching two development projects with a funding if HUF 1 billion (€2.836 million), financed from EU grants. The first project will focus on infrastructural development and habitat improvement of the iconic bovids the European Water Buffalo and the iconic and indigenous Hungarian Grey.

The second project is aimed to conserve the breeding grounds of the Great Bustard population of the area in the puszta (grasslands) regions near Dévaványa and Ecseg. The great bustard (Otis tarda) is one of the iconic protected species in Hungary. It has a conservation status of “specially protected” in Hungary, along with species like the Eastern imperial eagle (Aquila heliaca), and the killing of these animals carries a fine of HUF 1 million (€2.8 thousand).

The pandemic affected natural parks and nature conservation as well. However, due to the current partial relaxation of governmental measures, national parks can reopen some of their visitor facilities. These include open-air exhibitions and visitor centers, as well as animal parks.