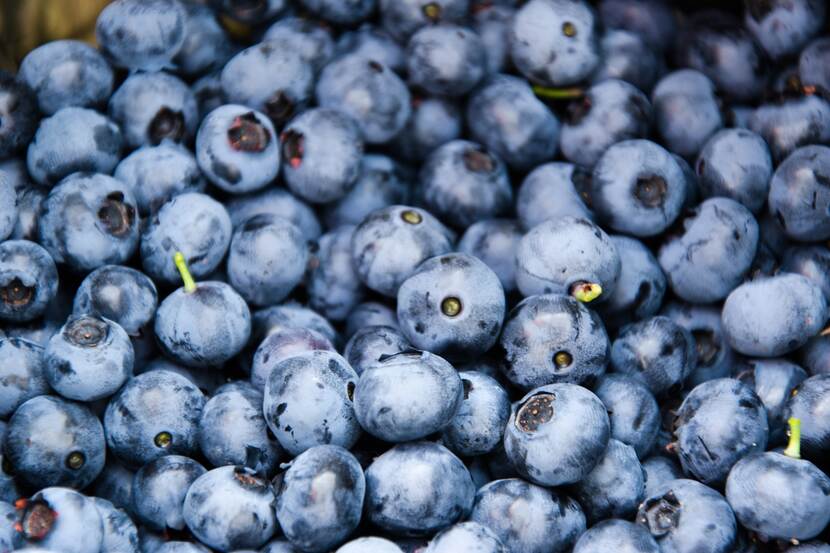 The Serbian blueberry season is here.

The blueberry season has started

ABB Growers BV has its office and blueberry production in Serbia. They started harvesting the blueberries from their plantations around June 10th and they also started purchasing blueberries throughout the country. The first quantities were purchased last week and were shipped to The Netherlands. In the premises of the Dutch principal, blueberries are sorted, packed and shipped to retailers in the Netherlands, Germany, Denmark, Scandinavia and other EU member states. Mr Marko Maksimovic, manager of the Serbian branch of ABB Growers, is very satisfied with the quality of berries this year. They are on a higher level quality-wise than in previous years. Serbian producers invested in their blueberry orchards and understood the importance of putting the quality over the quantity. This season, the company estimates to export around 700 tons of blueberries from Serbia to the Netherlands. The first batch had a price of 800 RDS/kg (cca €6.8/kg) on a local wholesale market but as the season progresses the price goes down. At the moment ABB Growers are paying €5.3/kg to local growers for first class quality berries.

Emergency situation in eight districts in Serbia due to floods

The large amount of precipitation in Serbia has created problems in the western part of the country. Due to the overflow of the rivers, floods occurred in several places and eight municipalities declared a state of emergency. Over 700 households were flooded and many more were endangered in central, south-western and western Serbia. Mountain streams bursted after intense rainfalls on June 23rd. Swollen rivers destroyed bridges and local infrastructure, while floods stopped traffic in some towns. Pastures, fields with arable crops, greenhouses and orchards in western Serbia were severely hit by floods. The President of the Association of Serbian Raspberry and Blackberry Growers stated that swollen rivers destroying over 1.000 ha of raspberry fields, 2.000-3.000 ha of potato fields, maize, and farmers’ gardens, as well as pastures. The damage in the Moravica valley in western Serbia will affect all of Serbia because raspberries got destroyed  and their export last year generated foreign exchange inflow of cca EUR 230 mn, was stated by the President of Association.

The Minister of Agriculture said that aid will be provided for those who suffered significant damages due to heavy rainfall. The flooding decreased during Wednesday, June 24th but it is clear that in the future it will be necessary to invest in water management facilities.

The Hydrometerological Institute of Serbia (HMZS) issued a statement on the usage of a record amount of anti-hail missiles in the first half of June. They stated that the damage from the hail is minimal. Extremely unstable weather conditions this year caused frequent occurrences of storm-hail clouds. "We are only a third of the way through the hailstorm season, and a record 4684 missiles have already been used, which has not been precedented before,” stated HMZS . 1,395 more missiles were spent than the total consumption in 2015. In three consecutive days in the first half of June, 2,759 rockets were fired, which has not been recorded before. The value of fired rockets, in one month and 25 days of this year's anti-hail season, reached €1.5 million. It was added by HMZS officials that the damage caused by hail to the agricultural areas and crops is minimal.

The new law on Commodity Exchange has come into force. Serbian farmers, cooperatives, and agricultural holdings will no longer be able to sell their goods through agencies and companies that used to mediate in grain trade. According to the new law, an institution that is not registered as an exchange can no longer carry out trading activities. The Novi Sad Commodity Exchange Director said that from now on, everyone who wants to trade needs to be registered as an exchange. Rules will be set on the minimum capital and registered brokers. From now on, not only large companies but also farmers, can be equal participants in the trade. The new law mostly applies to those who organize the market, thus making them responsible. As the Director of the Commodity Exchange explained, when someone is selling 100 tons of corn, there need to be a guarantee that the goods will be delivered and that they will be of good quality. This should raise the level of services and quality information should be available. The National Bank of Serbia had also taken part in the development of the law as there had previously not been a regulation providing a guarantee mechanism for trade through an exchange.

Investing in the production of mushrooms in Serbia can be profitable. The profitability would be even higher if producers would unite, was stated at a conference organized by the National Team for the Revival of Serbian Villages. According to rough estimates offered by mushroom expert Ivanka Milenkovic, the annual production of mushrooms in the protected area in Serbia is 3.500-4.000 tons, whereas according to the Serbian Institute for Nature Conservation, 9,200 tons of mushrooms were collected from nature in Serbia in 2018. Over the last five years, an average of €5.2 million per year was earned from the export of mushrooms, mostly to Italy, Germany, Switzerland, and Austria. On the other hand, Serbia imports around 20 tons of mushrooms worth €70,000 every year. The Chair of the National Team for the Revival of Serbian Villages pointed to the optimistic fact that Serbian mushroom exports are 75% higher than imports. According to Ivanka Milenkovic, it is realistic to expect profit from investments in mushroom production in around three years. 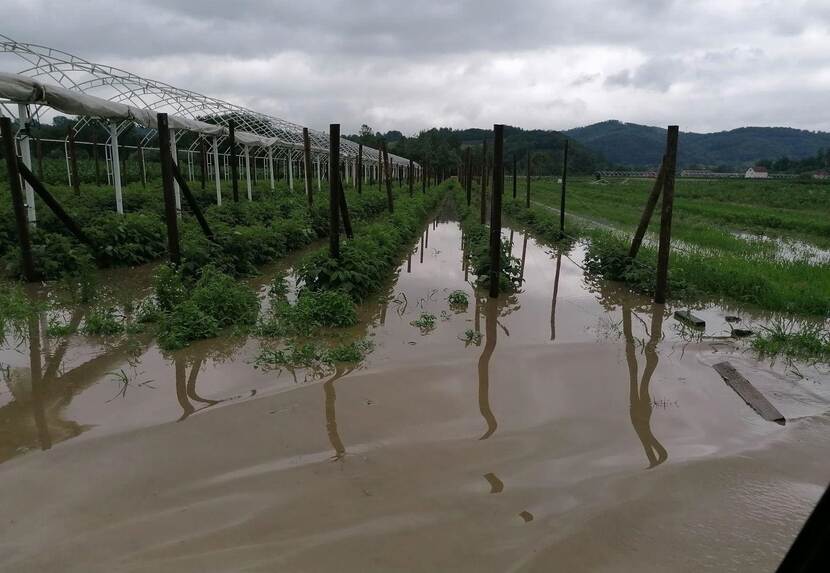 Last week the awards “Moj Izbor” (My Choice) were handed out to the best local producers and brands based on consumer votes. This year the title of the “Favorite Domestic Product” belongs to Plazma Keks by Bambi, whereas this year’s Favorite Producer in Serbia is Dijamant. The campaign was organized for the tenth year in a row in the City of Belgrade Assembly by the Moja Srbija Association. The purpose of this award is to encourage domestic production and improve the quality of goods and services in Serbia. Gold plaques for ten-year leadership in their respective categories went to Zlatiborac (meat processor), Dijamant (oil processor), Zacin C (spices), and Plazma Keks (confectionary). The majority of votes in their respective categories and the Moj Izbor award were also won by Moja Kravica (Milk and Dairy Products), Knjaz Milos (Mineral Waters), Dunav Osiguranje (Insurance Companies), Zdrepceva Krv (Wines), Frikom (Fruits and Vegetables).

Perutnina Ptuj Topiko (Serbian language site) plans to build a farm with seven facilities for poultry farming and seven silos in Backa Topola, Vojvodina. The planned capacity of the farm will be 315,000 chickens per shift. In addition to the poultry farming facilities and silos, the project envisions the construction of driveways and pedestrian pavements, transport and handling areas, disinfection barriers at the entrance and exit, four septic tanks, water tanks, parking spots, and green areas, as well as the accompanying infrastructure network, that is, connections to electricity, water, and gas infrastructure. The construction of the complex should be carried out in three stages.

Only one fifth of the tractors used on farms in Serbia are new. The daily “Vecernje Novosti” reported that there are about 400,000 tractors in use in Serbia and that about 21,000 new ones have been bought in the past four years. Most of those tractors were bought by using subsidies from the state budget of the Ministry of Agriculture and by making use of the pre accession funds for rural development (IPARD) of the European Union. The daily reported that the average age of tractors on Serbian farms is more than 30 years, forcing the government to change traffic safety laws in 2019.

The Ministry of Trade, Tourism and Telecommunications of Serbia announced the construction of broadband communication infrastructure in rural areas of Serbia. The project is to be carried out based on the analyses, studies and availability maps prepared by the Ministry in the past two years. It has been determined that, for slightly over half a million households in rural areas, there is no economic interest for operators to develop new generation networks, that is, high-speed internet. The analysis of the Ministry has shown that 5% of the households, that is, around 125.000 households, have no fixed internet access. “As the high penetration of broadband internet has a considerable impact on the growth of the GDP and the employment, bridging of the digital gap between urban and rural areas is of key importance for an even regional development” was stated by the State Secretary of the Ministry of Trade, Tourism and Telecommunication. The construction of the infrastructure which will enable fast internet access (100 Mbps) for 90,000 households in rural areas will begin in the spring of 2021. Funds were secured through the project loan from the European Bank for Reconstruction and Development

The International Green Culture Festival “Green Fest”, which will take place in Belgrade, from October 12th to 15th 2020, has opened international call for environmental documentary films and videos, for screening in the Program of International Environmental Film Festival. The Call is open for all films addressing the issues of environment, ecology and nature, as well as innovations and technologies that support reduction on human footprint on Planet.

Films produced after the January 1st 2018, and up to 60 minutes in length, will be taken into consideration for screening and awards.

The entries should be submitted by August 7th 2020. The list of final selection will be published up to August 20th 2020, on the festival’s website. For further information contact: film@greenfest.rs

Photo credit: "Reward for work: Blueberries" by rseattle, via Flickr.