Bukit Kelam is one of the world’s largest stone hill with an eco-park in its surrounding. 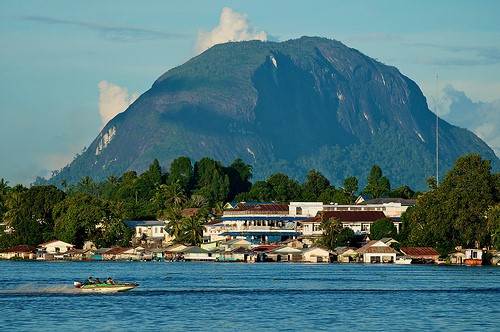 Bukit Kelam (Kelam Hill) or Batu Kelam is a hill where Kelam Permai sub-district is located. The distance is approximately 20 km away from Sintang city and more or less 395 km from Pontianak, the capital of West Kalimantan province. Bukit Kelam is situated between two major rivers, Sungai Melawi and Sungai Kapuas; and 1,002 asl or around 900 meters if we are standing at the foot of the hill. The area is full of various kinds of tree such as meranti (shorea), bangeris (koompassia), tengkawang (dipterocarpus), kebas-kebas (podocarpusceae), orchid (archidaceae) and many more. Not only vegetation, various kinds of animal can also be found in Bukit Kelam such as honey bear (heralctos mayalanus), pangolin (manis javanica), bats (hiropterophilie), alap-alap (acciptiter badios), etc.

Bukit Kelam is one of the world’s largest stone hill with an eco-park in its surrounding. The park itself carries a legal status declared in the Ministerial Decree No. 594/Kpts-II/1992 issued by the Ministry of Forestry and Environment. The size of this park covers 250Ha and it is a great natural tourist attraction for West Kalimantan area. The Christian communities often hold a religious retreat to the hill area while some other people go there for hiking and rock climbing activities. Not only offering the beauty of nature, Bukit Kelam is also a home for an indigenous tribe called Dayak De’sa. This particular Dayak tribe inhabits the surrounding of Bukit Kelam and its neighboring areas such as Bukit Luit and Bukit Rentap. 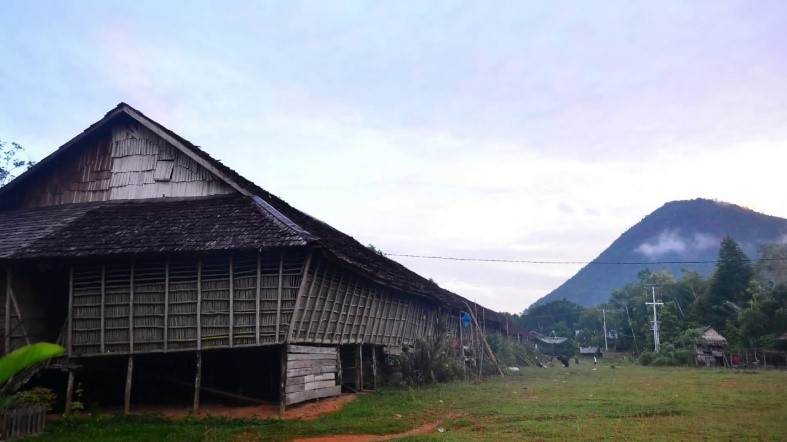 Ensaid Panjang village is one of many villages situated around Bukit Kelam. This is the home of Dayak De’sa tribe. The people live in Rumah Betang, Dayak’s traditional long house, as part of efforts in preserving their heritage culture. Rumah Betang Ensaid is 150m long and 16m wide, with 20 rooms, each room is inhabited by one or two families.

While field farming and rubber tapping are two major income generating schemes, weaving and webbing activities to produce fabric and other handicrafts are two major activities done by the women to contribute culturally and economically. All the webbed and woven products are made of natural materials and using organic colouring agents made of tree barks, roots, fruits and turmeric. 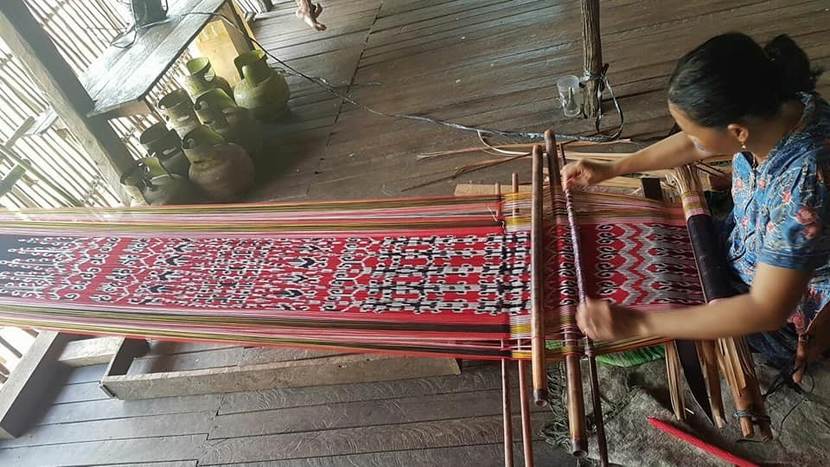 “Tenun ikat” or bind woven is a traditional handmade woven fabric which serves not only as souvenirs but also holds a deeper meaning behind the process and often considered as the replica of life. The processes and the creation of the patterns entail stories of life and spiritual values inherited from the De’sa tribe’s ancestors. The weaving activity often takes place in the middle of Rumah Betang where there is a space called ruai, the long and wide space serves as the common room. Between April to July the field work is usually having a break, and this is the period where they hold a Gawai, a traditional festival. During this period, people will visit each other to maintain good relationship and strengthen the friendship between them and the villages. 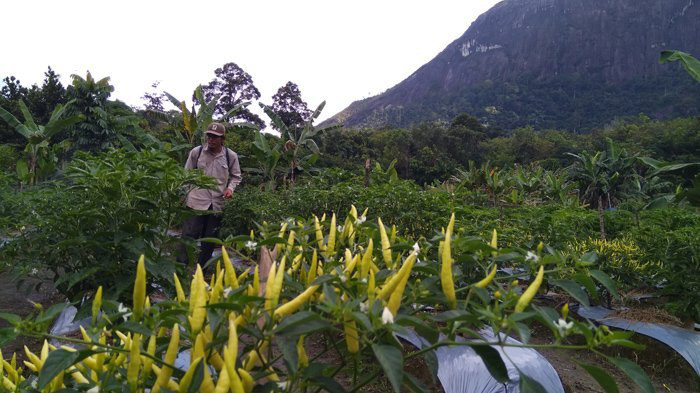 The local government of Sintang district have already planned to develop Bukit Kelam area and create an eco-adventure tourism site. Using agricultural-based programmes on rice field and eco-tourism park as part of the sustainable programmatic vision in Sintang, spiced up with the potential of creating an adventurous experience for the tourists, the local government aims to establish an integrated eco-adventure tourism area. The agricultural approach in terms of tourism development in the respective area is applied to keep people from practicing nomad farming and to create food independency. Economic added values coming from rubber field-integrated commodity such as coffee is another goal to pursue for Bukit Kelam area.

Utilization of non-timber forest produced has also added extra economic value for communities living in Bukit Kelam area. Serviceable non-timber forest produced for the communities are rattan and pandan leaves, which people use to create woven and webbed handicrafts out of; while sabang leaves, mengkudu fruit and turmeric are very popular organic colouring agents for the woven fabric.

The Dayak traditional ambience with rich cultural values combined with sustainable agricultural approaches and adventurous outdoor activities such as hiking and rock climbing, will be the strength of Bukit Kelam area to invite tourists to enjoy the integrated eco-adventure tourism natural site. The traditional Rumah Betang can also serve as a unique accommodation for tourists who visit Bukit Kelam area, especially Ensaid Panjang village. People can enjoy the traditional ambience as members of Dayak De’sa tribe, experience their daily routines including hand-weave the ‘tenun ikat’ fabric, webbing the rattan baskets, taste the delightful homemade Dayak cuisine - and even be involved in the cooking process together with the family, try out the field work as rubber tappers, as well as learning simple phrases in Dayak language. The series of activities in Rumah Betang will be a new exciting adventure to experience.

This development will be enriched by the fact that Sintang airport can be reached within minutes from Bukit Kelam and for those who want to enjoy the amenities after experiencing the tribal life of Dayak, Sintang city has a wide range of accommodation services available.