Bulgaria: Over Lv 16 Mln to Be Distributed in Support of Fisheries and Aquaculture Sector

A little over 16 million leva will be distributed among three measures in support of the Fisheries and Aquaculture sector, Agriculture Minister Dessislava Taneva told a briefing at the Council of Ministers. 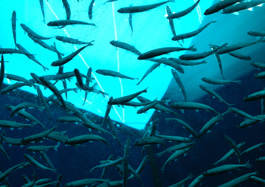 The Minister presented the compensatory measures in support of this field, which in her words have been drafted jointly with the representatives of the sector. One of the measures allows support under Measure 1.9, which deals with the temporary suspension of fishing activities; the second measure is under Measure 2.6 for supporting the aquaculture sector in times of temporary production suspension or reduction; and under Measure 5.4, which concerns the processing of fish and aquaculture products.

The payments are to be made within a month. The support will be provided based on objective criteria to those who are working transparently and have declared their activities. The maximum aid will be 80,000 leva under all three measures, Taneva explained.

The Agriculture Minister quoted her Ministry's statistics, according to which between March 25 and the beginning of May, fishing ships have reported a 37 per cent reduction in their activities, while this figure stretches all the way to 70 per cent for the declared quantities of unloaded fish. The drop in aquacultures adds up to 30 per cent.

In addition, Prime Minister Boyko Borissov met with representatives of the Fisheries and Aquaculture sector, the government information service reported. They said there is interest in their products by large retail chains, which is the result of the adopted ordinance (by the cabinet) to promote the purchase of regional produce by retailers, expalining that this measure's effects are already felt.