Hungary: Effects of the pandemic on food and agriculture

As Europe is battling with the global COVID-19 pandemic, it is already clear that the health crisis will also have a significant economic fallout. The disruption of global production chains, the stock market plunge and the loss of export will also affect the Hungarian economy. Here are the latest news on the effects of the crisis on the country’s agriculture 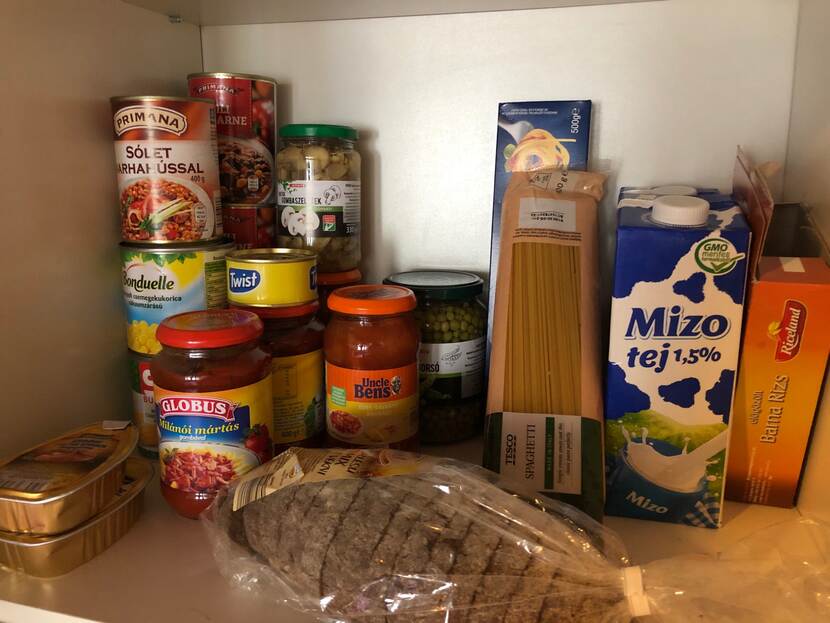 Citizens are increasingly stocking up on long-life, non-perishable food stuffs, however, both authorities and trade unions agree that there will not be food shortages

On March 11, Hungary introduced the special legal order state of danger, with provisions on the ban of travel from Korea, China, Iran and Italy. Crisis management is delegated to a governmental Operative Board. As of this week, all borders are closed to the transport of passengers, but not for the transport of goods.

However, the reinstated border control led to massive queues and delays at border checkpoints, especially from the direction of Austria and Slovakia. Romanian, Bulgarian and Serbian citizens travelling home started blockading the border checkpoints on the Austrian border, in order to pressure the authorities into granting passage.

Meanwhile, queues have been reduced after a one time humanitarian corridor had been granted by the Hungarian government to Romanian, Bulgarian and Serbian citizens. The international freight traffic can cross the border between Austria and Hungary at the following border crossing points (BCPs): ( Hegyeshalom, Sopron, Kópháza, Rábafüzes. This measure will be ensured as from now on.

As for the Slovakian border section, international freight traffic can cross the border at the following BCPs: Rajka, Parasapuszta and Tornyosnémeti. The actual waiting times at BCP can be found here.

International transit routes are the motorways (including M43 at Szeged to Csanádpalota- Nagylak border crossing to Romania). There are designated gas stations on each transit route where non-Hungarian citizens and cargo can stop to refuel. There is an interactive map in Hungarian here.

Starting last week, the public started stocking up on perishable food stuffs, increasing the demand on the domestic food industry. The most sought-after products have been flour and sugar, canned and other long-life food stuffs, instant soup, long-life milk, cheese, pasta products and winter salami, according to Agrana, owner of the Kaposvár sugar factory, Gyermelyi Zrt, the leading pasta producer in Hungary, and Bonafarm, one of the largest agricultural conglomerates.

Due to this stockpiling rush, temporary shortages occurred in certain places throughout the country. The price of chicken meat doubled this week. The National Chamber of Agriculture (NAK) assures the public that since Hungary is an agricultural export country, food reserves are at 120%, and the domestic agri and food industries are more than capable of supplying the public with food.

Attila Csorbai from the Poultry Product Council stated that the domestic meat supply is at 140% and the reason of the shortages is logistics, rather than insufficient production.

NAK published its first assessment of the effects of the pandemic on the domestic agricultural and food sectors. The crisis will create financial liquidity problems in the industry, and urges the government to employ measures to ensure the maintained operations within these sectors.

Sectors that will be most disrupted by the pandemic (due to export dependence) are the following:

The horticultural and greenhouse sectors, with their production of perishable supplies, will suffer from the loss of demand. Similarly, lamb and mutton meat production, (primarily, to Italy) will expect a sharp drop in export. The crisis started during the annual high traffic period for lamb and mutton. Normally an average of 150 thousand animals is exported in this period due to the Easter lamb season. The net value of this export is around 3.5-4 billion HUF (10-11 million euros).

The milk industry will be vulnerable with the expected drop in demand from the hotel and catering industry. An escape route for milk producers might be supplying to commercial retail, or production for storage, however, with the closing of schools, the school milk programs shut down as well, which means that there is already a surplus of milk that they cannot ship out, taking up storage space.

Reports by the Research Institute of Agricultural Economics (AKI) are in line with NAK’s assessment. Hungarian agricultural and food sectors are very dependent on the strength, well-being and purchasing power of key foreign markets.

Since the beginning of 2020, the Hungarian Forint has seen an increase in inflation. This tendency is now also affected by the continuous stock market plunge caused by the crisis, with its exchange rate continuing to fall. Today morning, it reached 358,69 HUF to the euro, surpassing the February all-time lowest rate of 340. This also has an effect of driving up food prices.

Last week, the price of animal feed corn increased. While in January, the corn industry was still reeling from the impact of ASF, and the subsequent drop in the demand for animal feed, the price of corn increased by €15 to €139-142 per metric ton. According to stakeholders, this is due to the fact that in an economic crisis, the production of raw materials is a good escape route for investors. (More on ASF in Hungary here)

Meanwhile, rapeseed production is hurting. The 40% drop in the global price of oil in the past weeks directly affects biofuel production in Hungary. The price of rapeseed decreased from €420/t in January to €348.25/t. Last year, the total land area used for rapeseed production was 304 402 ha. The record year for rapeseed was 2018 with one million metric tons produced and although rapeseed saw a couple of weaker years, a turning point was when this January, Hungary joined other EU countries in switching to the E10 fuel blend, increasing the percentage of plant oil in fuel. Stakeholders were optimistic that this will increase Hungarian agro competitiveness, - both for rapeseed and corn production – however, the crisis made positive change uncertain.

Hungarian agriculture is also vulnerable to the supply shock of chemical products exported from China – Which these sectors are dependent on.

Another industry that is hurting from the crisis is forestry. Similar to the milk industry, wood and lumber producers are also facing a storage problem. Hungary produces 6.3 million cubic meters of wood annually, 3 million for industrial use, most of which is exported. The drastically decreasing demand on foreign markets makes storage of built-up product problematic, and production is already halted or reduced.

Response from the government and trade unions

On Wednesday, March 18 a first set of economic measures addressing the crisis was announced by the Hungarian government. These target the general population as well as enterprises and they include:

The Ministry of Agriculture announced that due to the pandemic, the regulation of animal husbandry subsidies will be temporarily loosened, and conditionality will be more lax. Producers affected by the crisis can, in certain cases, declare a “vis major” emergency if they can’t fulfil conditional obligations for grants and subsidies.

Trade unions and alliances also responded to the crisis. The Hungarian Aquaculture and Fisheries Inter-Branch Organization, upon temporary shortages of meat in supermarkets, calls attention to the availability of fish, and the fact that as the spring fishing season is underway, the domestic industry can redirect its export output to the domestic market if necessary.

NAK is currently surveying its members online, in order to further analyze the damage of the crisis to the agro sector and is proposing to the government a list of fiscal, administrative and other measures in order to mitigate the negative impact on the economy.

This list includes, among others, the establishment of a committee to monitor the situation and liaise between interest groups and the government; the introduction of interest-free credit lines and targeted grants/subsidies in order to preserve companies’ financial liquidity; speedy evaluation and payment on EU tenders; the identification of strategically important industries/factories and measures to ensure their continuous operation; and ensuring the supply of protective gear, especially to labor-heavy industries.