Soil in the Pannonian plains: on the East of the West and the West of the East

Soils are Hungary’s most significant natural resource by all means: vital base of agriculture, water storage and buffer and carbon sink. The pedosphere of this Central European country reflects a unique diversity stemming from the geology and climatic conditions in the heart of the Carpathian Basin. The Easternmost pediment slopes of the Alps continue eastwards in the gentle hills of Transdanubia before reaching the Alföld, known as the Pannonian or Great Plain. The synthesis of these conditions evolved into the distinct Pannonian Biogeographical Region. Rich soils are direct result of this diversity that enables agricultural production to feed the domestic population of 9.8 million and export the equivalent food product for 14 million people every year. 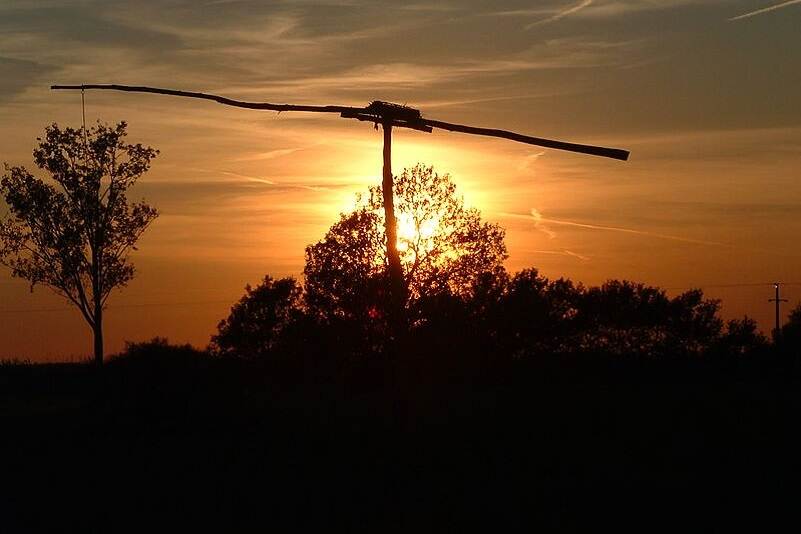 Agricultural production uses 73% of the country’s total area. Arable farming is the most wide-spread cultivation, taking place on cambisols, fluviosols, phaeozems and the ‘flagship’ black soil: chernozems1. The majority of Hungary’s agricultural production is concentrated on the Great Plane on arable plots, often several thousands of hectares. The Great Plain, often referred as ‘puszta’ is a vast, mainly flat but diverse landscape of grasslands, semi-arid sand formations, river terraces, loess plateaus marshlands and oxbow lakes. It spreads on 100.000 km2 and shared by five countries.

The Pannonian Plain bears many of the characteristics of the Eurasian Steppe, a landscape nowhere else to be found to the West. The soil types mirror orthographical, geological and microclimatic conditions and last but not least: human impacts as well. The vast channelization and drainage works of the 19th century aimed to gain more lands for agricultural production, especially in the age of the ‘cereal conjuncture’. River bends were cut and 4200 kilometres of dykes were built. Arable lands took over the landscape from natural marshlands, grasslands and oak forests. Fluvisols marking river valleys, meadow soils, and saline soils (solonchaks and solonetzs) are common soil types here. Saline soils have less importance for agricultural use. Their true value lies in the treasurable endemic natural ecosystems. Part of them naturally evolved due to high levels of saline groundwater, but in many areas their evolution stems directly from the late drainage works.

Climate change takes its toll every year: weather extremes such as inland inundation, storms and severe droughts decreased the predictability of agricultural production in the past years. The essential snow cover for uncovered arable lands and secondary crops was basically absent for the first time last winter. Droughts challenged yields in two consecutive years in 2018 and 2019. These events pressure the agricultural damage mitigation system followed by record high damage compensation payments by the authorities. Summer temperatures reaches 36-38 degrees and remain for weeks. While these conditions happened sporadically in the past, their timespan is expanding. It results in soil erosion and degradation, especially affecting the upper humic layer of soils.

Arenosols cover great areas between the Danube and Tisza rivers and in the Northeast of the Great Plain. These sandy and loamy soils, reminiscent of river deposits and eolian accumulation, are prone to wind erosion, especially when severe vegetation loss occurs. This reason triggered one of the greatest tree plantation campaign in Europe in the 18th century, involving Robinia pseudoacacia from North America, which copes easily with sandy soils even below 1% humus content. The controversial tree species still dominates large areas of the country thanks to its good honey producing potential and hard wood. 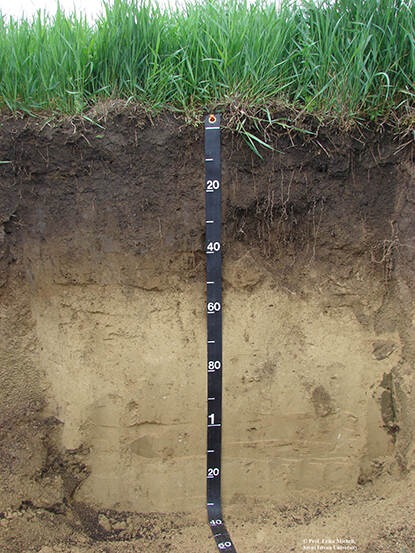 The monitoring and protection of soils is the duty of the state, overseen by the National Bureau of Food Chain Safety. The Soil Protection Information and Monitoring System (TIM) was established in 1992 at the beginning of the new political era. Ever since this countrywide network of 1236 sampling points (including 183 special points in forests) provide publicly available free data on the physical, chemical and biological state of soils. Sampling takes place in the fall every year and provides scientific evidence for policy makers. The revised Act on the Protection of Agricultural Soils (2007) established a network of soil protection experts who provide practical information for farmers.

Preserving soils for sustainable food production and for future generation needs long-term, reliable planning for soil management and sustainable use of groundwater reserves. The National Irrigation Strategy aims to boost irrigated areas to 300.000 hectares by 2030. The ambitious goal rightly addresses irrigation to counterbalance drought impacts. Irrigation is currently way under its potential in Hungary. However unsustainable use can lead to depletion and salinization of aquifers. Precision agricultural techniques in crop protection, irrigation and land cultivation are of national and business interest. Precision agriculture is at the beginning of its trajectory in Hungary with a promising curve.

Climate change mitigation and adaptation are high on the agricultural agenda and soils have a special role. Among the terrestrial carbon sinks, black soils are of paramount importance. The precious natural resource provided by chernozems needs increased attention and stewardship from farming communities. It is a natural gift in this part of the world and shall be never taken for granted. The black soils constitute the western Great Plane, and major parts in the South, continuing in the ‘breadbasket’ of Serbia: Vojvodina. On its south Hungary borders Serbia. If there were no Border Inspection Post one would never notice a shift to another country. Vojvodina, the northern province of Serbia is a natural part of Pannonian Plain. Its rich soil has been ideal for intensive agriculture, especially in field crops (maize, wheat, soya, sunflower).

Intensive production of field monocultures is legacy from the past when Serbia used to be a big exporter of cereals. This trend is preserved till today.

Lack of relevant agro-environmental measures in Serbian agrarian policy and underdeveloped animal husbandry lead to unsustainable use of its most important resource. Crop rotation is neglected. Together with overuse of mineral fertilizers and inadequate agro-technical measures soil fertility is on its decline.

Through the EU accession process Serbia is introducing measures in line with acquies but at low pace and with disputable implementation results.

WUR’s Horizon 2020 project with local BioSence Instituteis trying to introduce good farming practices and show how high-tech agro technology and precision agriculture can be beneficial to farmers’ profit but to the soil and environment as well. Through this project, leading local farmers opened their “digital farms” to showcase how new technology can make one’s production sustainable and profitable. Still, just too few.