Korea has a beef grading system which segregates beef into different classes based only on marbling levels. The Ministry of Agricuture, Food and Rural Affairs has changed this system as of 1 December 2019 for the first time in 15 years.

Koreans enjoy beef with a high amount of marbling throughout the beef muscle as they like tenderer and/or juicier beef. In Korea, for the longest time, low-marbling beef has been regarded as dry and tough meat. In line with this preference, Korean beef grading system has segregated beef into different classes based only on marbling levels. Higher marbling levels (fat content %) give higher grades. Farmers can get better prices with higher grade beef.

Color, texture and freshness are side factors, taken into consideration in grading; if there is any disqualification in any one of the three factors, the beef grade drops by one grade.

Korean ministry of Agricuture, Food and Rural Affairs has changed this system as of 1 December 2019 for the first time in 15 years. The old system largely contributed  in differentiating the quality of Korean beef (called Hanwoo) from imported beef in terms of marbling levels. However this raised two problems for both farmers and consumers. 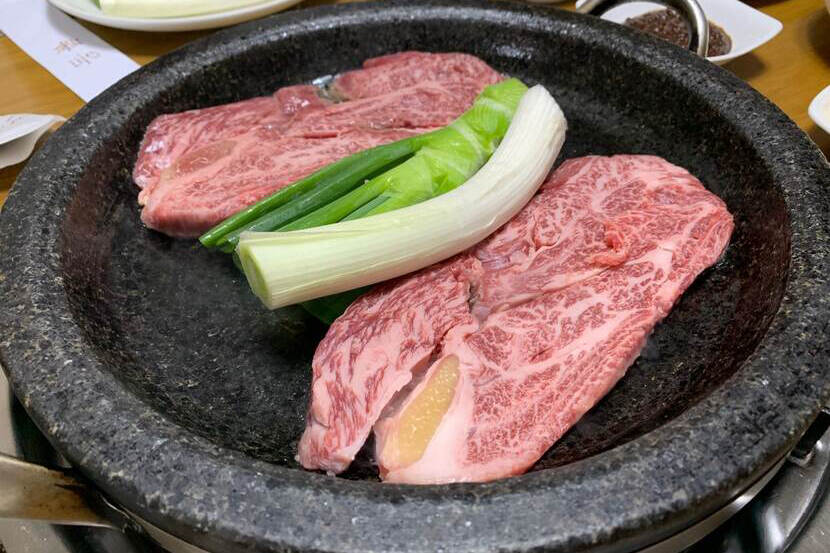 The Netherlands has opened the beef/veal market this summer. Unlike South Korea, the Netherlands prefers healthy low-fat beef.  Since South Korean society is increasingly recognizing negative effects of marbling on health, opportunities for Dutch beef and veal in the Korean market will grow. Especially Dutch veal which has less fat but is tender and juicy at the same time, could attract attention from Korean consumers.