(Vietnam Economic Times) - People in the Mekong Delta are worried about the absence of floods this year as the Mekong River Commission (MRC) has warned about the record 10-year low of the river’s water level. 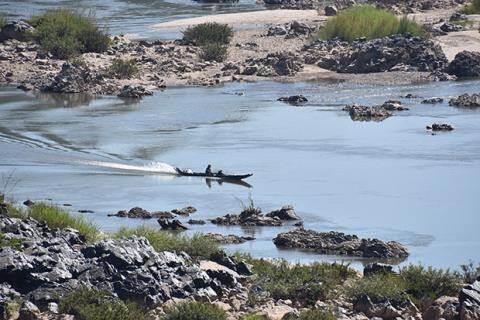 In recent days, the water level of Mekong River flowing through the area decreased by 10-20 centimeters every day. This was happening in the rainy season.

According to MRC, in Vientiane (Laos), the water level is 0.70 meters, or 5.54 meters lower than the same period last year, and 1.36 meters compared to the minimum water level.

In Kratie in Cambodia, the water level is 9.31 meters, or 5.4 meters lower than the average level in many years, and it is just 0.16 meters higher than the record low in the past.

The water levels at all Mekong’s tributaries are also very low. This, together with small rainfall (rainfall in June was just 67 percent of the same period of 2006-2018), and the underground and surface water level decreasef, all showing that the Mekong mainstream is getting depleted.

For Vietnam, the Southern Institute of Water Resources forecasts the water flow in the 2019 dry season for the Mekong Delta at 7,000 cubic meters per second.

It predicted that the water flow in weeks in the end of July and early August would be at 9,000-10,000 cubic meters per second, lower than the same period in the 2018 dry season.

The situation will not see improvement even if it rains in late July as forecast by the Asian Meteorological Center.

According to Vietnamese experts, the Mekong River has the total volume of water at 475 billion cubic meters, while in the Mekong River Delta, the on-the-spot rainfall just accounts for 11 percent. This means that the water level in Mekong Delta depends on water from the upper course. In other words, rains can only partially ease the worries of the Delta’s people.

Experts warned that water sources would worsen in the future as a result of a climate change. Exploiting Mekong River in a sustainable way is not a new issue but it is always difficult to have a common voice among the countries on the Mekong.

Meanwhile, Vietnam, as the country on the lower course, is the most heavily affected by the negative changes of the Mekong.