Bulgarian Agriculture, Food and Forestry Minister Desislava Taneva has ordered the  Executive Forest Agency and the Bulgarian Food Safety Agency (BFSA) to take urgent surveillance and containment measures for African swine fever (ASF) on the territory of the country. 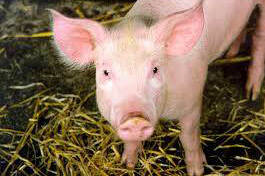 The purpose of the constant observation of the hunting management areas is to establish whether there are any dead wild boars or wild boars exhibiting untypical behaviour. The wild boar  population density in the 20 km zone around the ASF outbreaks must be reduced to less than 0.3 individuals per 100 hectares. For the rest of the hunting management areas, the population will be culled to a lesser extent until it reaches 0.5 individuals per 100 hectares. Forestry enterprises will pay 50 leva for each wild boar killed during a selective hunt or a wild boar found dead, provided that the mandatory samples are send for laboratory tests.

Rewards will also be paid for killed foxes and jackals, which are also considered carriers of the infection: 10 leva per fox and 100 leva per jackal. The Minister has ordered the testing of the killed wild boars for ASF to be paid for by the BFSA.

The Management Board of State Fund Agriculture approved 30,000 leva in "de minimis" aid to farmers raising pigs for private consumption, whose animals have been culled by the authorities amid an outbreak of African swine fever this year, the Fund reported on July 9. The money will be given to farmers who operated within a 3 km safety area around the disease  hotspots and who are included on a list compiled by the Bulgarian Food Safety Agency (BFSA).

The measure is necessary because the culled domestic pigs had been intended for private consumption by the owners and did not have the compulsory identification. State Fund Agriculture, together with the Ministry of Agriculture, Food and Forestry, will issue instructions for the disbursal of the money and will set application submission deadlines. On Tuesday, BFSA confirmed the emergence of six new hotspots of African swine fever in Pleven Region, Northern Bulgaria. The agency said it is taking necessary measures to control and eliminate the disease in keeping with EU and national law. A 3 km safety zone and a monitoring area have been set up.

As the African swine fever situation in Pleven Region is changing rapidly, BFSA is investigating alerts about hidden pigs which may have been in contact with infected ones. The agency has been tipped off about unregulated transportation of live pigs from the affected villages to places outside the safety and monitoring zones