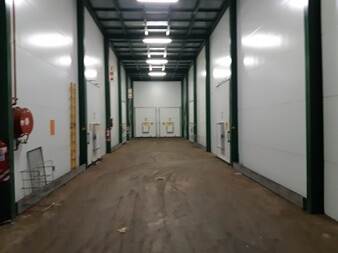 HortGro represents the South African deciduous fruit industry and focusses on production, research and technology, communication, markets, and transformation. The HortGro symposium was visited by over 700 people attending over the period.

On Tuesday the companies Fruitways and Two-a-Day were visited. Both organisations presented their postharvest infrastructure. During the conversation, several topics were addressed and discussed  in line with the subjects at the HortGrow Postharvest Conference. South Africa has made technology choices fitting to the needs of the fruits. Most companies use modern technology like Dynamic Controlled Atmosphere (DCA). Moisture loss seems to be a topic that needs some attention. The first step will be the quantification of the topic. What levels of moisture loss are acceptable? Is this moisture loss the same for apples and pears of different varieties? Can too high levels of moisture loss be solved with existing technology? In the Netherlands, during the last 10-15 years, many research programs were focussed on the subject moisture loss. These research programs aimed to get understanding of the process and moreover to research applicable technology. The implementation of several solutions from these researches gave effect in lower food losses, improved quality and extended storage time. 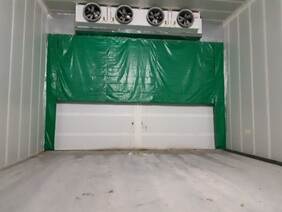 On Wednesday, a visit was paid to Stellenbosch University, were a presentation was given. A discussion showed that many research topics are similar for both South Africa and the Netherlands. Of course, the impact of the growing climate of both countries is different on the products.  Some of the most interesting subjects seem to be: optimal use of energy for storage, Big Data from field to fork, product response control of storage conditions, reefer technology,  non-destructive quality measurements. In the afternoon, during a visit to Ceres Fruit Growers (CFG), the same topics were discussed as mentioned above. 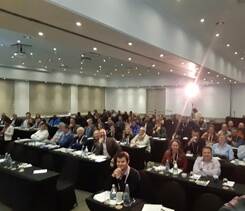 The second presentation discussed the subject ‘Dynamic Controlled Atmosphere’. DCA seems to be part of the South African Postharvest industry. Minimizing levels of oxygen during storage is effective to lower respiration of the product. Mainly for apples, and in South Africa also for some pear varieties,  this technology controls specific storage disorders. Besides the known product response control of oxygen, other future options for product response control were mentioned. At the moment the Dutch suppliers of Controlled Atmosphere technology (Van Amerongen, Storex and Besseling) are well known in the postharvest world.