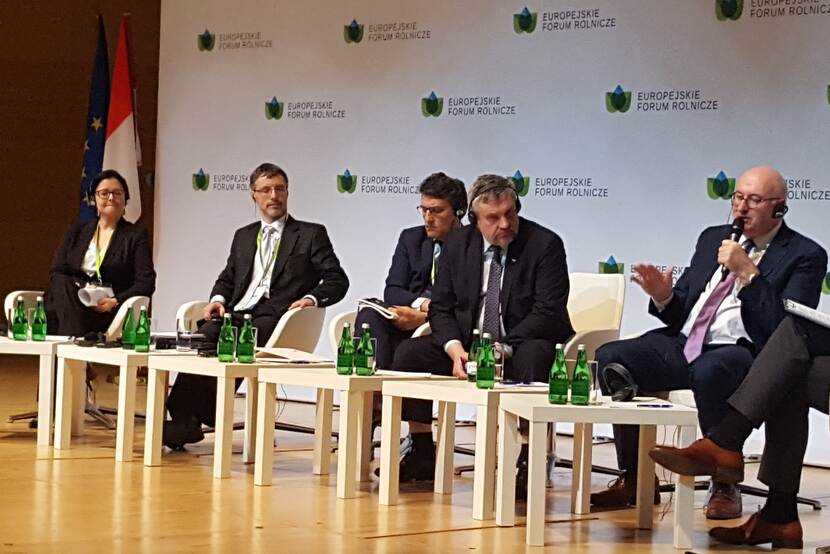 2-3 of March Commissioner Hogan was in Poland to discuss the future Common Agricultural Policy (CAP) in a new budgetary perspective. The Commissioner participated in two conferences: one at the University of Cracow with representatives of public administration and agri-food sector, producer groups, cooperatives, agricultural advisors and researchers and students; second at the European Agricultural Forum in Jasionka, alongside with the Polish Prime Minsiter Morawiecki, Polish Minister of Agriculture and Rural Development Mr Ardanowski, President of the Polish People's Party Mr Wladyslaw Kosiniak, and Chair of the European Parliament's Committee on Agriculture and Rural Development Mr Czesław Adam Siekierski and representatives of Visegraad countries. The debates during the two conferences focused on budgetary issues and future design of the CAP, innovations in agri-food sector with research involvement and agricultural trade. Poland may play an important role in the negotiations regarding the CAP. Commissioner Hogan expressed his appreciation that Poland supports maintaining the large budget for the CAP. Both the Polish Prime Minister Morawiecki  and Minister Ardanowski emphasized that the CAP of the EU is one of the key elements of the Polish state policy, which is why Poland will strive to strengthen it. The CAP must not only be continued, but also developed, the importance of the existence of stabilizing mechanisms in agriculture has been highlighted.

The Polish Council of Ministers has approved a draft amendment to the act, which is to change the system of VAT rates. Change of regulations will affect the price of some food products. Some of VAT rates will be lowered, e.g. from 8% to 5% for tropical and citrus fruit, some edible nuts, citrus fruit or melon peels. Every kind of bread and cakes will be covered by 5% VAT rate which is at the moment subject to three different rates: 5%, 8% and 23% depending on the shelf-life or the date of minimum durability. VAT rate for soups, broths, homogenized and dietetic food will be lowered to 5% (currently 8%); mustard, sweet pepper (condiment) and some processed spices (eg pepper, thyme) will be covered by 8% at the stake like the other spices (currently 23%). The VAT rate on food for infants and young children will also be reduced to 5% (currently 8%). The changes, however, also mean an increase in VAT rates for some products, such as some unprocessed spices (e.g. cumin, saffron, turmeric) which will increase from 5% to 8%, Fruit and vegetable drinks - increase from 5% to 23%, while fruit and vegetable juices and nectars will remain at 5% VAT rate. Lobsters and octopus, other crustaceans, shellfish and aquatic invertebrates (including crabs, langoustines, shrimps, oysters, mussels, snails) and their products, as well as caviar and dishes sold in gastronomy, will increase to 23% VAT rate (currently 5%). Another product, Ice used for food and other refrigeration purposes, will increase from 8% to 23% VAT rate.

During the European Agricultural Forum in Jasionka near Rzeszów, Prime Minister Mateusz Morawiecki announced next step for trade restrictions, a new law that would reduce the possibility of selling private labels by large-surface chains of shops. The new regulations are intended to promote Polish brands and change the negotiating power of Polish farmers. The Ministry responsible for creating a new regulation is to be the Ministry of Entrepreneurship and Technology (although this is still being discussed). According to Nielsen's research, since 2008 private labels in Poland have grown by over 10 pp while for the last 3 years Private Labels' shares are stable. On the European market, the shares of private labels reach 31.4% of the value share. 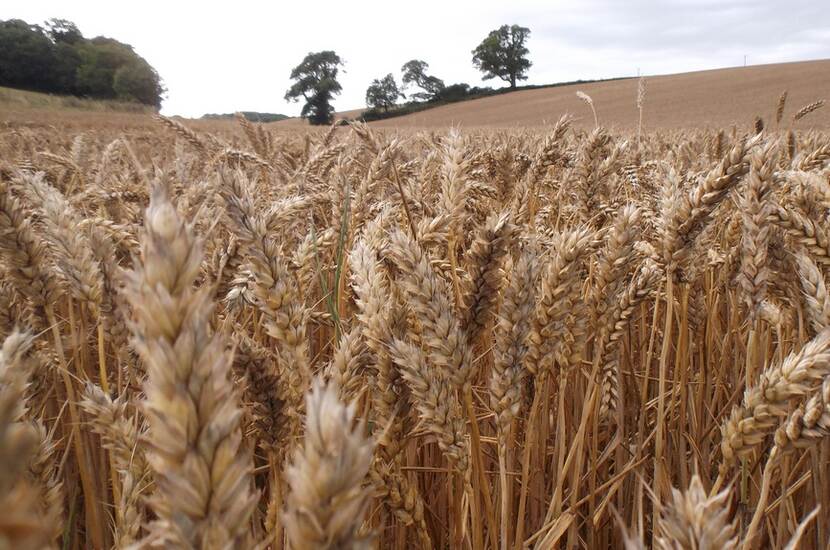 36% decrease of export of wheat from Poland reported in 2018

In 2018, the export of wheat from Poland decreased 36 % in comparison to 2017. Most of the exported wheat went to Saudi Arabia and Germany. Polish analytics of BGŻ BNP Paribas Bank say that it is the smallest volume in export of wheat since 2013. The low export of wheat in 2018 was related not only to the low availability of grain in the second half of the year but also to the high competition on global markets, also from the side of Russia.

Experts stress also that the wheat harvest in 2018 in Poland was lower in comparison to 2017 (mainly due to drought) but still higher than the annual consumption of wheat in Poland.