In 2017, the administrative chief executives of Embrapa Swine and Poultry acted to prioritize actions in support to research. 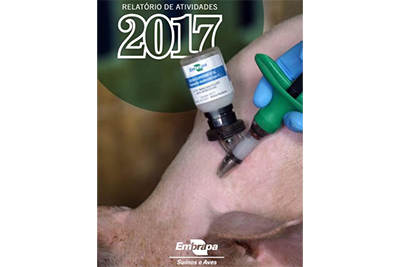 Brazil produced 13,1 million tons of poultry meat in 2017, which was the world's second largest production. Exports reached 4,32 million tons, the largest in the world. Domestic production increased by 1.72% compared to 2016.

The Brazilian production of turkey reached 390 thousand tons (an increment of 6.1% compared to 2016), occupying the third largest in the world. The export of turkey meat reached 109 thousand tons, 21% lower than in 2016, bur sufficient to keep Brazil in third place in relation to the international market.