Vice President Dang Thi Ngoc Thinh said the EU- Vietnam Free Trade Agreement (EVFTA) was a comprehensive and fair deal that represented both Vietnam and the EU's rights and interests at a National Assembly meeting on Wednesday in Hanoi. 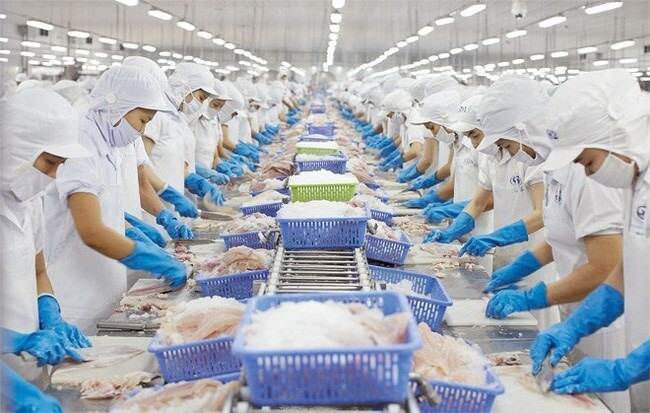 Thinh said that opening the door to EU products and services would create pressure on some domestic firms, but Vietnam and the EU’s product portfolios tended to supplement each other instead of being in direct competition, so policymakers expected the pressure to stay at an acceptable level. This should spur domestic firms to adopt new technologies and improve their products and services.

On the topic of the EU-Vietnam Investment Protection Agreement (EVIPA), she said the agreement helped strengthen Vietnam’s role in regional and global trade.

Chairman of the NA Committee on External Affairs Nguyen Van Giau said the committee supported the trade deal and urged the Government to work on a more detailed roadmap and preparation plans for its implementation.

The committee also advised the Government to conduct further studies on the impacts of the EVFTA, especially in light of the COVID-19 pandemic. Contingency plans and risk control measures must be put in place to minimise the adverse effect of the pandemic.

A number of key tasks must be completed including the application of information technology to keep governmental agencies, the business community and consumers updated on the trade deal, along with support for Vietnamese enterprises to take advantage of trade opportunities.

Minister of Industry and Trade Tran Tuan Anh said the EVFTA was one of the most important deals ever signed by Vietnam, marking a new era of trade and cooperation with Europe as well as the country’s global integration efforts.

The EVFTA had the potential to help Vietnam lift 800,000 people out of poverty by 2030, according to a paper published by the World Bank in April. The trade deal, in light of the COVID-19 pandemic, would provide a significant boost for the recovery of the economy, opening many doors for Vietnam’s exports, granting Vietnamese businesses access to new supply chains and setting up Việt Nam as a promising destination for the global supply chain.

The trade deal also provided a cornerstone for the recovery of production post-pandemic. Additional export markets would allow Vietnam to reduce its reliance on traditional trade partners, said the minister.

On the topic of Brexit, there will be a transitional period, which is expected to last until the end of 2020, before the UK officially departs the bloc. Trade terms between Vietnam and the UK will follow what is stipulated under the EVFTA, with a possible extension of up to 24 months. Bilateral talks between the two countries have been underway to prepare for a post-Brexit agreement with both sides looking to ramp up trade.

The UK is Vietnam’s third-largest trade partner within the EU with trade turnover growth of 17.8 per cent year-on-year. By the end of 2019, bilateral trade reached $6.61 billion, with Vietnam’s exports accounting for $5.76 billion.

The Government has been reviewing the country’s existing legal frameworks in anticipation of the trade deal to keep in line with EVFTA standards on transparency and intellectual property.

In addition, several Government programmes have been put in place to disseminate information about the EVFTA in the business community to improve competitive capacity for Vietnamese firms, to reinforce unions and organisations representing workers’ rights at a grassroots level, and to establish a roadmap for the sustainable development of social policies.

The EVFTA also contains provisions on intellectual property protection, labour rights and sustainable development. The trade deal will open a great opportunity for Vietnam to enter a market with a GDP of US$18 trillion.

The EU is one of the largest trade partners of Vietnam with two-way trade hitting $56.39 billion in 2019. The EU is also Vietnam's 5th largest foreign investor. The figure is expected to increase significantly in the near future as 62 per cent of investors from the EU have a positive opinion of doing business in the Southeast Asian country.

The above materials from the local newspapers are provided for informational purpose only. The content may include subjective parts and doesn't necessarily represents our own opinion. The Embassy therefore is not accountable for the objectiveness or accuracy of the content