A Mini-Keukenhof in Iran with Dutch tulip bulbs

With 2.1 million tulips planted in just over 3 hectares, the ‘Kondor village laleh (tulip) festival’, at just one hour drive of Teheran, has become a tourist attraction on its own for its multicolored tulips carpeting the rocky hilltops. A man by the name of Mr. Pahlevani, meaning ‘hero’ in Persian, has designed and planted the majestic-looking tulip fields with the assistance of local villagers at a cost of approximately 400,000 Euros.

Indigenous to an area stretching from South-East Europe all the way to western China, wild tulips are found in abundance in the Iranian Zagros mountain range. It was cultivated as far back as the tenth century in Iranian plains and hilltops from mid-March onwards. The name ‘tulip’ is thought to derive from the Persian word for turban although it also signifies the color red.

Belonging to the lily family, Liliacea, tulip’s history goes back centuries in Iran, and according to one account was first introduced to Europe in 1576 by European diplomats after being spotted in Ottoman royal court. They were rapidly introduced into Europe and became a frenzied commodity during Tulip mania in the 17th century. Tulips have become associated with the Netherlands, the major producer for world markets, ever since.

The flower festival Keukenhof in the Netherlands is an annual event in the spring, attracting over 1.5 million visitors in 8 weeks time. Due to Covid-19 epidemic this year it has been open online for all to enjoy. 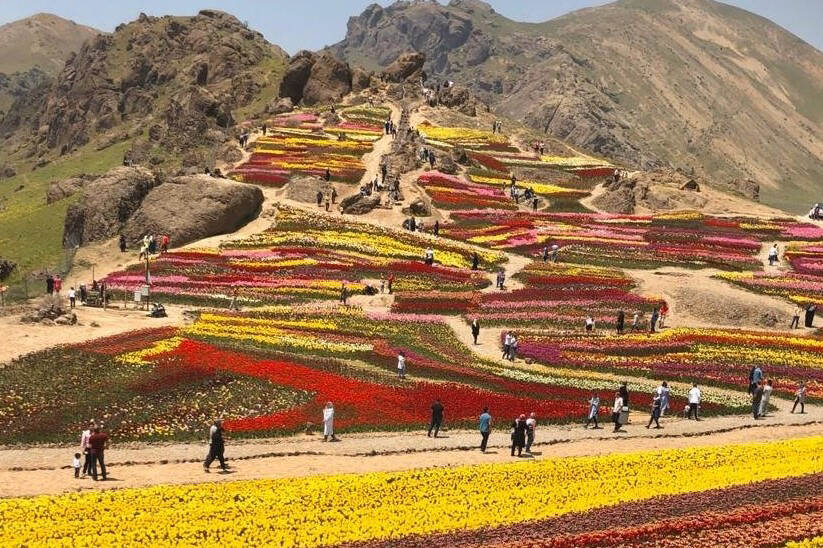