The Hungarian agricultural output in 2019 was €9.4 billion, with a net agricultural export balance of €3.1 billion. The two cardinal pillars of the Hungarian agroeconomy are plant cultivation and animal husbandry, producing commodity products for export – Meat from pork and sheep through poultry to rabbit meat, corn, wheat, rapeseed, etc.

While agricultural giants pushed net export up in 2019 by €714 million – an 8.2% increase from the previous year – small to middle sized producers still face various challenges. In terms of agrofinancing, the issue with SME farming in Hungary is that while although the income increased in net figures over the years since EU accession, income volatility affects income stability and financial security. This is due to shifts in market conditions but also, weather events and natural factors. (See our frost damage article here and our article on floods and droughts here).

Mitigating financial damages as well as financing the growth of SME agriculture are important goals in the Hungarian agroeconomy. Damages are directly targeted with damage compensation as well as agricultural subsidies. (See our article on agridamage compensation here.) A 2019 study shows that subsidies in fact play a considerable role in income stabilization and subsidies in Hungarian farming make up 22.9% of farm receipts and 43.9% of total farm income with subsidies. However, the question of financing is not only relevant to finding ways to put out fires when the markets are hurting and the rains are refusing to come. 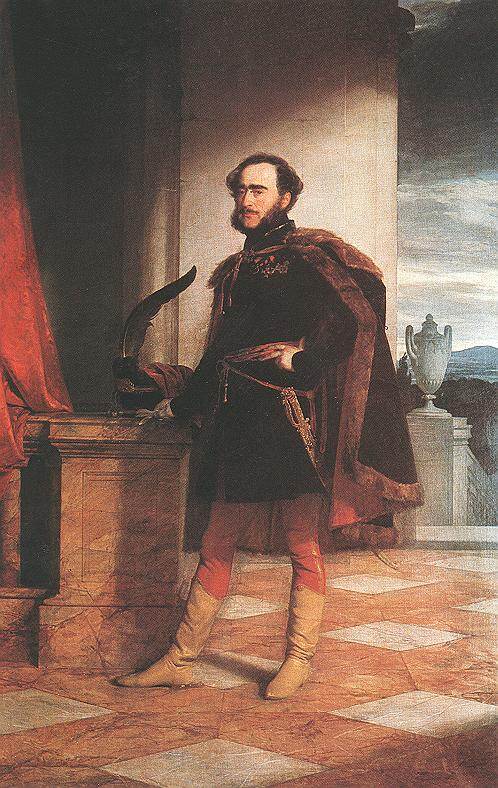 Count István Széchenyi was a famous political thinker, writer, statesman, reformer and advocate for modernization in the 19th century. His political publications addressed the nation and nobility, called for the abandonment of feudalistic privileges, economic and political modernization and societal progress. He was a major benefactor and driving force behind the foundation of the Hungarian Academy of Sciences. He supported the cultural, economic and political advancement of Hungary and the then separate cities, Buda and Pest and was the visionary behind the construction of the first permanent bridge across the River Danube, connecting the two halves of the later established capital, Budapest.

The development of the SME scene is an important aspect of economic progress. That is why in 2002, the National Association of Entrepreneurs and Employers & Hungarian Chamber of Commerce and Industry started lobbying in the financial sector for a new financial structure that would enable micro to SME level enterprises to access advantageous loan schemes which would be accessible with a bank card. For this purpose, KAVOSZ Zrt. was founded. The company oversees the management of the Széchenyi Card program, a financial instrument created for the purpose of delivering these loans to domestic SMEs.

Kavosz Zrt. has two main objectives in its operations. The first is providing loans to micro/SME companies not entirely covered by loan constructs provided by banks, through the access of EU financing resources.

The second is that a consortium led by KAVOSZ, along with its two owner organizations, acts as an intermediary in providing subsidies for companies which can win non-refundable subsidies for purchasing consultation services for developing their business plan, feasibility study, organizational review, online presence, risk assessment, legal consultation, marketing strategy, and other services related to supporting their operations.

The Széchenyi Card and agrofinancing

The Széchenyi card is an important part of SME financing in Hungarian agriculture – And is currently in the headlines of Hungarian agricultural news as new economic measures and financial packages to counter the effects of the current crisis have been recently introduced in cooperation with the program. (See our article on the economic impact on the agroeconomy here and our news reports here).

How effective is this instrument? Can it really help with handling economic shocks? Head of Agrobusiness Development Department at the K&H Bank Hungary, Mr. István Tresó, answers our questions about the function of this instrument.

Naturally, the first thing we ask is – Does this debit card really make the life of a farmer easier? “Basically, for the SME sphere, it does,” Mr. Tresó answers. “However, the SME sphere is small in Hungary compared to large producers. We are primarily a raw material-producing country, we export commodities and import finished food products. That is also the reason why the weakening of the forint led to such a food product price increase domestically.” The debit card construction of the Széchenyi Agriculture Card aids in reducing the administrative burden of these SME producers as well – With the help of KAVOSZ as an intermediary, the card enables farmers to easily and conveniently access their loan pool without further paperwork. That actually helps Hungarian farmers.

Why is the SME sphere targeted by this? We ask Mr. Tresó whether the Hungarian SME scene is structurally different from that of other member states. He explains that the fact that large companies are so strong compared to SME producers in Hungary is due to the history of this sector. In the era of socialism, farm collectives and state-owned companies dominated this industry, so SME businesses do not have such strong roots in Hungary as their counterparts do in Western Europe. “It is hard to make comparisons,” he says, “In other parts of Europe, individual farming is a century-old tradition. Here, in the absence of that, there is a lack of knowledge-base and of everyday customs.” According to him, that is why a central policy goal is always the strengthening of small SME producers.

Due to the crisis, changes have been made to gear the Széchenyi Card toward softening the blow of the economic shocks. The maximum loan amount has been increased to HUF 200 million (€566 thousand). According to Mr. Tresó, the reason for this is that that is the maximum amount that can still fit into the de minimis subsidy regulations of the EU – While larger subsidies over this threshold would require Commission approval. Since these loans are executed against the de minimis pool, they will mostly benefit food processing, and not food material production – While the de minimis ceiling for food processing is €200 thousand, for primary production it is €20 thousand. “Mostly, this will benefit the processing sector, primarily, small to middle sized food processing enterprises,” Mr. Tresó concluded.

An important question is how the agriculture industry handled the economic shock of the coronavirus crisis. Did the economic impact hit Hungarian agriculture in a crucial bottleneck regarding liquidity and financing? “As an exporting country, our main issue in this crisis was not liquidity but rather logistics,” Mr. Tresó answers, “large companies had ample reserves. Logistical issues however, hindered business and when other export countries in the EU cannot ship oversees, their products, stuck here, will flood the common market, making it harder for us to sell in the EU.” Still, for domestic SMEs, the current loan constructs and the framework of the Széchenyi Card did make a difference, he adds, because smaller producers did in fact face severe liquidity issues, not having the financial reserves to weather the storm.

“The Széchenyi Card is a unique Hungarian approach,” Mr. Tresó adds. “Its main impact is not a substantial enhancement of the aggregate output of the industry. It rather aids the SME scene. And over time, a few of the small companies can always be successful enough to go bigger.”

With special thanks to Mr. István Tresó, Head of Agrobusiness Development Department at the K&H Bank Hungary.

Image credit: the sun, the bee and the wheat ear by Israel Nature Photography by Ary via Flickr.