Vietnam to increase pork imports to stabilise prices on the market 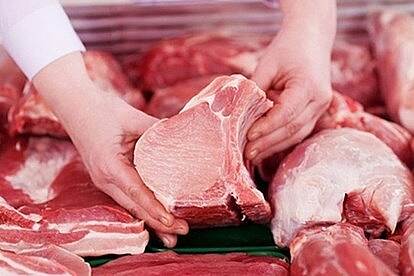 This was announced by Deputy Minister of Agriculture and Rural Development Phung Duc Tien at the online meeting to promote the production of the agricultural sector in the context of COVID-19.

“Numerous businesses published their selling price as per the government’s requirement, however, in reality, they are raising prices higher than the committed figures. In the coming time, if this situation is maintained, the government will increase pork imports from the US, Brazil, and Laos,” Tien said.

According to statistics published by the Ministry of Agriculture and Rural Development (MARD), as of March 10, Vietnam has a total of 24 million pigs, 74 per cent of the number before the Africa Swine Fever outbreak.

Vietnam is expected to see a flood of imported meat products following the reduction of tariff barriers under the ASEAN Trade in Goods Agreement and the recent US proposal that Vietnam cut tariffs on some livestock exports.

Pork imported to Vietnam is currently subject to tax rates offered to the most favoured nations, with frozen meat at 10 per cent, while fresh and chilled meat is at 25 per cent. For countries that have free trade agreements with Vietnam such as Australia, New Zealand, Japan, Russia, and Mexico, import tax stands at about 3-21 per cent.

The MARD signed bilateral agreements on animal quarantine and technology transfer with 19 countries, with a total of 1,641 foreign enterprises allowed to export pork and pork products. Meanwhile, Vietnam has about 140 enterprises permitted to import pork from other nations.

The ministry forecasts that by the end of the first quarter in 2020, Vietnam will import 100,000 tonnes of pork to both guarantee supply and stabilise prices.