Support for improving the Apicultural sector in Hungary

Hungary is one of the leading honey producers in the EU. Together with several other Member States, it tabled an ambitious proposal to call for the labelling the origin of honey-blends at the latest Agriculture and Fisheries Council in January 2020.  Hungary produces approximately 22.000 tons of honey every year, making the country the fifth largest producer of honey in Europe. The majority of  Hungarian honey comes from the white acacia tree (Robinia pseudoacacia). This honey is produced by over 1.2 mln beehives (EC, 2018) nationwide. 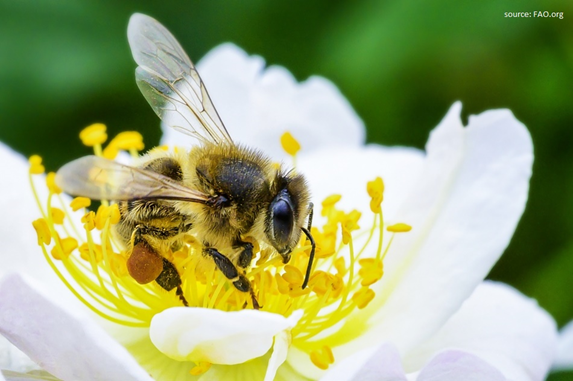 Bee populations are declining which is an alarming development for nature and biodiversity.

©Food and Agriculture Organization of the United Nations

Apiculture is an important sector in Hungary, generating an average 74.5 million Euros per year. The significance of apiculture is actively communicated by the Ministry of Agriculture for in order to preserve rural livelihoods and for the protection of pollinator species.

Improving the traceability of apicultural products is essential for consumer confidence and also for the purpose of promoting short, more sustainable supply chains of beekeeping products. Putting apiculture high on the Government’s agenda,  a welcome help for beekeepers and pollinators alike, – which is understood by Agricultural Minister István Nagy, who is an enthusiastic beekeeper himself.

The next biannual apiculture subsidy scheme of the European Commission was launched on February 20th. Member states can co-finance this scheme for up to 50%, the maximum share that Hungary will fulfil for the next two years. A wide range of activities are subject for financing: From research, networking technology development, through setting up advisory networks and monitoring.

Additionally, to improve the potential contribution of apiculture to rural livelihoods, the Ministry of Agriculture announced an income tax exemption for the distribution and selling activities of apiculture products.

Beekeeping is currently a part-time activity for all who are involved. Similarly to other EU member states, the Hungarian beekeeping sector struggles with decreasing competitiveness due to the impact of a large volume of export of unlabelled honey from third countries, in particular from Ukraine and China.

Being in the top five honey producers in the EU, apiculture is not just a sectorial matter for Hungary. It is also closely connected to biodiversity conservation as bee populations  are in sharp decline EU-wide, where Hungary is still considered to have one of the slowest decline. The country is an active member of the regional ‘club’ of advocates for apiculture, spearheded by Slovenia’s successful initiative for the World Bee Day on May 20th every year.