On Christmas eve, farmers sell their pig farms on OLX. A farmer from Vaslui has put up for sale his farm with a capacity of 3.000 heads, for one million euros.

OLX, the largest online ad platform, is currently hosting dozens of advertisements for the retail sale of pigs, on Christmas eve, when Romanians cut hundreds of thousands of pigs. Some farmers even sell their pig farms, swept away by the swine fever virus, which spread rapidly, killing over 540.000 pigs.

Wolf Valley SRL, a company located in the outskirts of the town of Negreşti, Vaslui county, going bankrupt, sells its farm holding 3.000 heads, for 1 million euros, through the judicial liquidator RomInsolv SPRL from Iasi, according to the advertisement published on OLX.

Another farmer, from the commune Mica, Cluj county, sells his farm, built in 2012 and equipped with all the necessary machineries, monitored through custom panels, for 600.000 euros. According to the advertisement placed on OLX, the farm is composed of an administrative body of approximately 150 sqm, built on two levels, a hall that covers an area of ​​1.200 sqm, a storage room for forage, garages, a refrigerated room and a waste dump.

In the west of the country, there`s a farm selling in the town of Sacu, Caraş-Severin county, located in the rural area on DN 6 Caransebeş-Timişoara, with a total land area of ​​6.100 sqm and a built area of ​​1.700 sqm. The asking price for the holding, according to the public advertisement, is 450.000 euros.

The farm consists of three bodies. The first body has a space for breeding and fattening of the pigs extending on almost 800 sqm, with the capacity to grow 1.000 heads, from 30 kg/head to 150 kg/head, fitted with a modern computer-assisted installation.

At the same time, it contains two feeding silos, a drainable manure pool, and a pig loading and unloading ramp.

The advertisement on OLX indicates that the farm is currently populated, that the animals have the necessary food, and that the farm can be purchased or divested directly.

Near Bucharest, in Nana commune in Calarasi county, a farm with the capacity of 2.000 heads, completely renovated, is sold for 400.000 euros.

A farmer from Satu Mare, who owns a farm near the town of Carei, put it up for sale for 170.000 euros. In the advertisement he mentions that he wants to sell or rent the farm consisting of two shelters, and the land, spread over a total area of ​​9.000 square meters.

Agrozootehnica company sells the farm located in Segarcea, 15 kilometers from Craiova, with a capacity of 1.000 heads/cycle, for 150.000 euros, according to the advertisement on OLX.

In the neighboring county Olt, near Caracal, a farm of pigs, birds or rabbits with a little over 100.000 euros is up for rent or sale.

The pigs livestock from individual agricultural holdings in Romania is currently 2.4 million heads, half if compared to 2008, according to the data from the NIS. 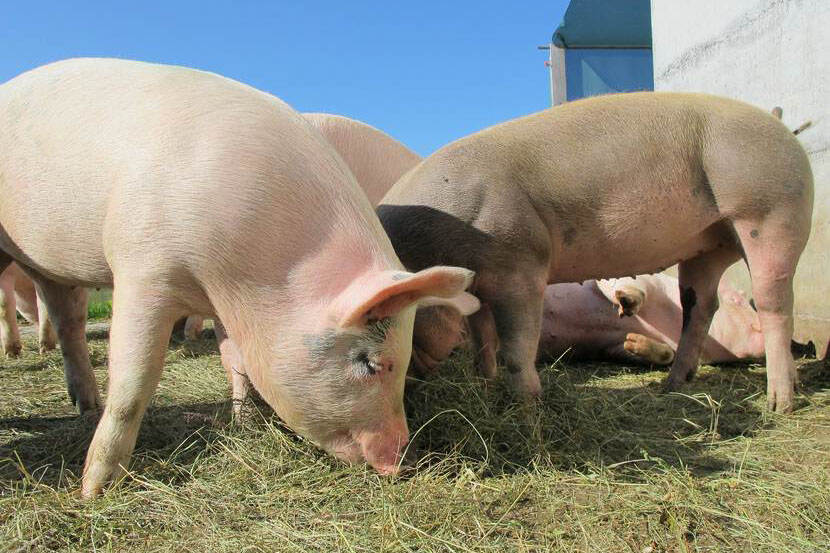