Higher tomato yields in Morocco than in Spain 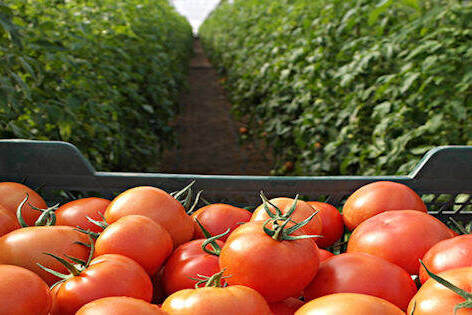 In 2018, 182.26M tons of tomatoes were produced worldwide, a historic record according to data from Faostat. The global acreage dedicated to this crop was 4,76M hectares, with an average yield of 3.83 kilos per square meter (Fig. 1). The yield per square meter obtained by Morocco (8.83 kg/m2) exceeded that achieved by Spain (8.50 kg/m2) and that of the Netherlands (50.89 kg/m2) was six times greater than that of Spain. There is something to be noted in relation to the Netherlands, where it is not usual to grow tomatoes in the open air, as is the case in both Spain and Morocco.

In terms of production volume, Spain produced 3.38 times more tomatoes than Morocco and 5.24 more times than the Netherlands.

In addition to Turkey, above mentioned, the 2018 situation of other competitors of Spain in the markets was as follows.