(VietnamNews) - The total export turnover of agricultural, forest and seafood products reached more than US$26 billion in the first eight months of this year, marking a year-on-year increase of 1.6 per cent. 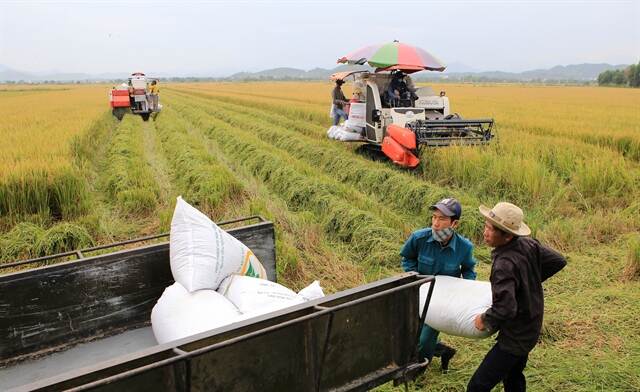 A report recently released by the Ministry of Agriculture and Rural Development (MARD), showed that eight groups of products reached export value of at least $1 billion: coffee, rubber, rice, vegetables, shrimp, pangasius, wood and wood products. Exports of coffee, rubber and rice were at least $2 billion.
In the past eight months, Vietnam spent over $20.5 billion, down 1.2 per cent year-on-year, to import products in these groups, meaning the country had an agricultural trade surplus of around $6 billion.
The US remained the largest export market for Vietnamese agricultural products, accounting for nearly 20.1 per cent of the total. It was followed by China, the EU, ASEAN and Japan.
MARD predicted global trade will continue to decline and global investment flows will continue to be influenced by risk factors including politics, trade tensions between key economies and rising protectionism.
Agricultural exports are under greater competitive pressure and face increased trade barriers, especially from the Chinese market. Export prices of some key agricultural products have been on a downward trend.
In addition, abnormal prolonged hot weather, drought, saline intrusion and African swine fever continue to threaten the country's agricultural, forestry and fishery production.
MARD said the price of pork was on an upswing due to the lack of supply caused by the African swine fever. The prices of vegetables and many fruits such as durian and jackfruit had increased again as the demand for fresh fruits had grown in some markets, including China.
Because the price of imported raw cashews looked set to increase and their export price had been erratic, the ministry recommended cashew producers study the latest market developments before signing any partnership contracts to prevent future losses.
To meet the yearly target, MARD instructed the whole sector to focus on stabilising production of agricultural, forestry and seafood products, strengthening management, food hygiene and safety and promoting exports.