(The Hanoitimes) - The price of imported Alaskan king crabs, which is listed among the most expensive in Vietnam, has been reduced to a few hundred thousand dong. 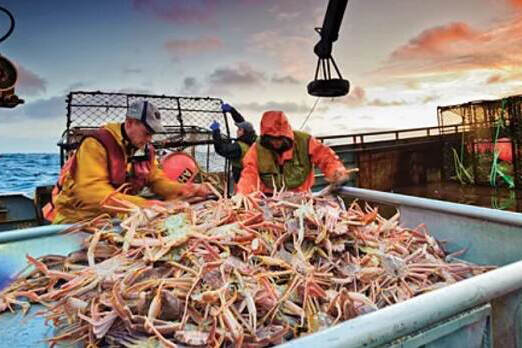 Along with low prices, US farm exports, which face stricter control to enter China, have flooded the Vietnamese market over the first six months of 2019, VnExpress reported.

The price of imported Alaskan king crabs, which is listed among the most expensive in Vietnam, has been reduced to a few hundred thousand dong (1USD is equivalent to around VND23,340) per kilogram while this high-end product cost millions of dong (hundreds of dollars) two years ago. Some restaurants sell the frozen and fresh king crabs at VND650,000 (US$28) and VND2 million (US$85) per kilogram, respectively.

Prices of Alaskan lobsters from the US also see a sharp drop and it has been massively imported to Vietnam at around VND340,000 (US$15) to VND1 million (US$43) each one of one to 4 kilogram.

A seafood shop-owner in Ho Chi Minh City said that he is selling thousands of US lobsters monthly in contrast to just of few hundred Vietnamese lobsters.

Besides, Vietnam has also imported US farm produce at more affordable prices than a few months ago including soybean, pork, and cherries, among others.

South China Morning Post has recently cited a trader in Shanghai, China as saying that the imported cherries from the US to the country are struggling due to the US-Sino trade war as several enterprises end business with their US partners or even refund advance payments. Other US farm exports including lobster, soybean and pork to China have decreased from 50 to 80% in turnover.

To “rescue” the farm produce surplus, the US President Donald Trump has announced a US$16 billion in aid for American farmers and ranchers hurt by the trade friction with China at the end of July. The aiding program is projected to last from autumn to winter this year.