Bt maize leads to an additional maize production of 1.89 M tons in Spain and Portugal

Article by British agricultural economist assesses the economic and environmental impacts that have arisen from the adoption and use of genetically modified (GM) insect resistant (IR) maize in Spain and Portugal in the 21 years since first planted in Spain in 1998. 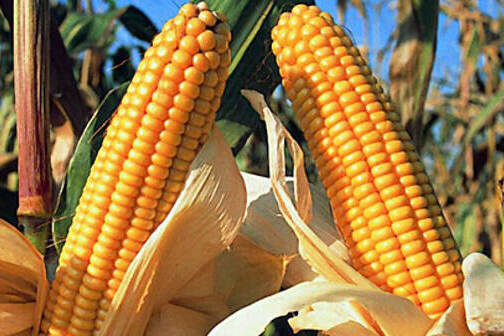 Since 1998, the cultivation of Bt maize has allowed Spanish and Portuguese farmers to obtain an additional production of 1.89 million tons, using fewer resources and helping to reduce pressure on some scarce ones such as water. In order to reach these levels of conventional maize production, it would have been necessary to cultivate an additional agricultural acreage of 15,420 hectares in both countries. Over this 21-year period, the equivalent land savings from additional production have been 188.890 hectares. Indirectly, Bt maize has contributed to water savings through higher yields and increased production. Achieving the production obtained with conventional seeds would have required the additional use of 1,042 million m3 of irrigation water.

Between 1998 and 2018, the total area under Bt maize in the two countries was 1.65 million hectares. During this period, there was an increase in income of €285.4 million. For each extra euro spent on the purchase of these seed compared to the cost of conventional seed, farmers got €4.95 in additional income. These benefits mainly derived from higher yields (+11.5%). The production increase and reduction in costs increased farmers’ income by an average of €173 per hectare, boosting the rural economies of both countries.

Every year, approximately 120,000 and 150,000 hectares (30-35% of the total maize crop) regularly experiences borer damage in Spain. The regions, which have traditionally experienced the highest levels of pest pressure, are Aragón and Cataluña. In 2018, a total of 115,256 hectares were planted with Bt maize, 35% of the total. This GM crop has led to savings in the use of active ingredients, with an average reduction in the annual expenditure of Spanish farmers of €19 per hectare.

In 21 years, Bt maize cultivation has made it possible to optimize the use of insecticides by reducing their use by 678,000 kg in Spain, applying 37% fewer active ingredients that would have been used in a traditional crop. This has led to a 21% reduction in the environmental impact associated with the utilization of insecticides. Bt maize has also facilitated the fuel use reduction, diminishing greenhouse gas emissions and saving scare resources such as water.

In addition, Bt maize cultivation has prevented the release into the atmosphere of 1.58 million kg of carbon dioxide.

Click here for the full article in English:  https://bit.ly/2Xw6gFL