The global market for vegan products is expected to be worth over USD 25 billion. In Poland, more and more companies want to benefit from this new trend. It is estimated that only few percent of Poles do not eat meat anymore, but the IQS study shows that 43% of Poles, without giving up meat completely, significantly has limited its consumption. Therefore the Polish market of plant exchangers for meat or dairy products has great prospects.

The market of vegetable meat substitutes is still a niche compared to meat products, but it is a niche that is developing very dynamically. Manufacturers are looking for animal protein substitutes that offer functional, balanced and nutritious properties. The increase in demand along with the growing pressure from consumers contributed to the large growth of the market. The trend of not eating meat means that the largest Polish meat processing and dairy companies also introduce plant-based products to the offer. For example, one of the top meat producers, company Sokołów, introduced the brand line called  'Z Gruntu Dobre' with meat-free pastes, pies, humus and ready meals which contain only natural ingredients. Also dairy producers see a chance in plant product, which can compensate for losses resulting from decrease in milk sales. The first large Polish dairy company, OSM Łowicz, has introduced this year vegan slices and spreads called "Bez deka mleka", which were positively received by consumers. OSM Łowicz officially announced plans to expand this brand with new products soon. Other Polish producers are delivering meatless products for Ikea and gas stations (Orlen and Lotos) offering vegan hot dogs. 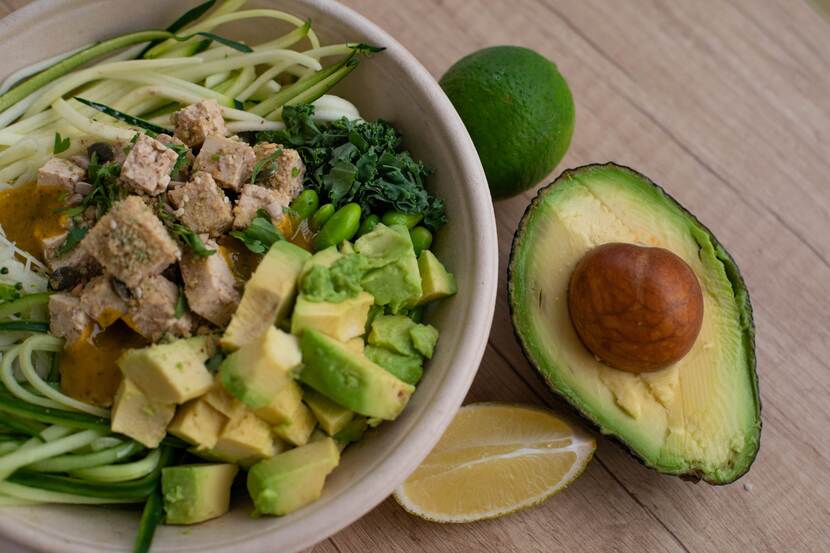 Also, retail chains are introducing private label brands of meat alternatives, such as soy sausages in Biedronka chain shops. Plant patties are also offered by companies: Pekpol (the Dziarskie Jarskie brand) and ZM Olewnik. Company Silesia, apart from the patties, has also introduced vegan sausages and old cuts (the BeVege brand). Other Polish company, Polsoja, on the other hand, has been producing tofu for the market for over 20 years, as well as sausages and cold cuts for several years. Another outstanding example is the company Kubara with Dobra Kaloria brand, which has produced vegan burgers and meatballs since March.

Enriching the diet with plant products is an increasingly popular trend in Poland. The evidence is the number of recently opened restaurants or bars serving vegetable menu, but above all it can be seen on store shelves. Plant substitutes are especially popular among people who want to try something new or those with various food intolerances. More and more people are switching to a plant-based diet, which is often influenced by the desire to support animal protection and fight climate change.

Only in Warsaw there are already about 50 vegan restaurants, the number which gives the Polish  capital the seventh place in the world and the third in Europe among the vegan-friendly locations of the world (HappyCow ranking).

It is also worth mentioning that among Poles, the perception of plant protein as a substitute for animal proteins having similar nutritional properties is relatively high. According to data (2018) of Mintel in Poland, 59% of respondents agreed with the statement that "plant proteins are just as nutritious as animal proteins".