Following the road map marked by retailers, which seem determined to abandon definitely egg production in cages, the main Spanish producers will invest more than €200 million in animal welfare between 2019 and 2023. 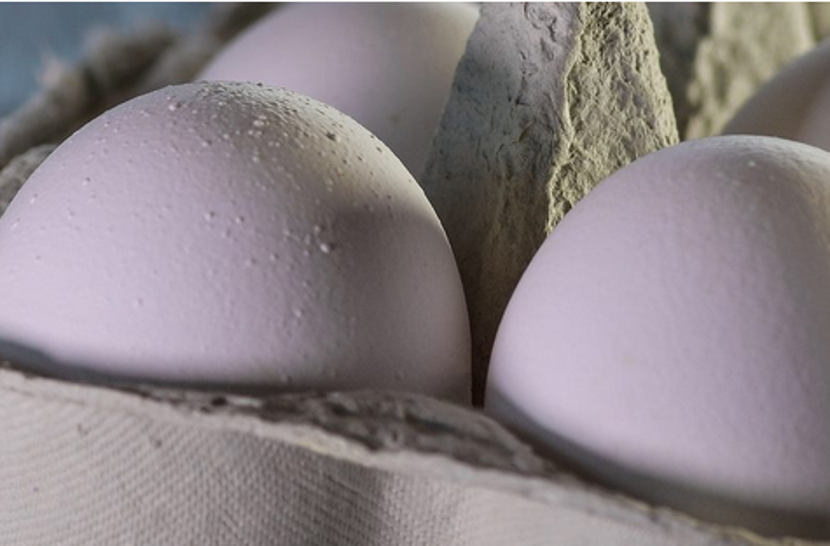 Four supermarket chains in Spain have already abandoned the sale of eggs from conventional cage environments, to which five more will be added by 2025.

If in January 2018, Lild started the race for laying hens’ welfare, Condis, Ahorramás and Aldi have joined this year. Mercadona, El Corte Inglés, Carrrefour, Auchan and Eroksi will be added to these four retailers  in 2023-2025.

The sales data provided by Lidl confirm “welfare is a fundamental matter for consumers”. Since they announced the end of cages, the chain has increased egg sales by 26% and, according to Kantar Worldpanel, it has turned the market leader in cage-free eggs in Spain, with a share of 27%, seven times higher than before the change.

Food industry also keeps pushing for transition, a migration that has been championed by large multinationals such as Unilever, Kraft, Mondelez, Nestlé and General Mills for a couple of years ago. Now groups such as Dulcesol and Andros are joining them.

To reach this cage-free goal, the main producers in Spain are planning to invest €213 million from 2019 onward in this new industrial restructuring, barely seven years after having adapted themselves to the EU regulatory framework for animal welfare. The Spanish market leader, Huevos Guillén, Mercadona’s supplier, is also leading the expected outlays and it will allocate €48.4 million until 2023. In 2019, the Valencian-based supermarket chain has given entry to four other egg suppliers, Gerardo de Lucas, Avícola Barco, Granja Pinilla y Avícola Mondejana, which will boost their investments in cage-free production to align themselves with Mercadona’s decision to exclude number 3 (eggs from battery-grown chickens) sales.

Grupo Avícola Rujamar, aspiring to lead the production of free cage eggs in Spain, will make the second largest inversion in the country. Its role as Lidl and Ahorramás’ supplier is driving its transformation plan.

In 2018, Granja San Miguel led the production of free-range hens, with 25% of its volume coming from alternative systems. As far as investments for the period 2019-2023 are concerned, this Aragón farm is in third place. 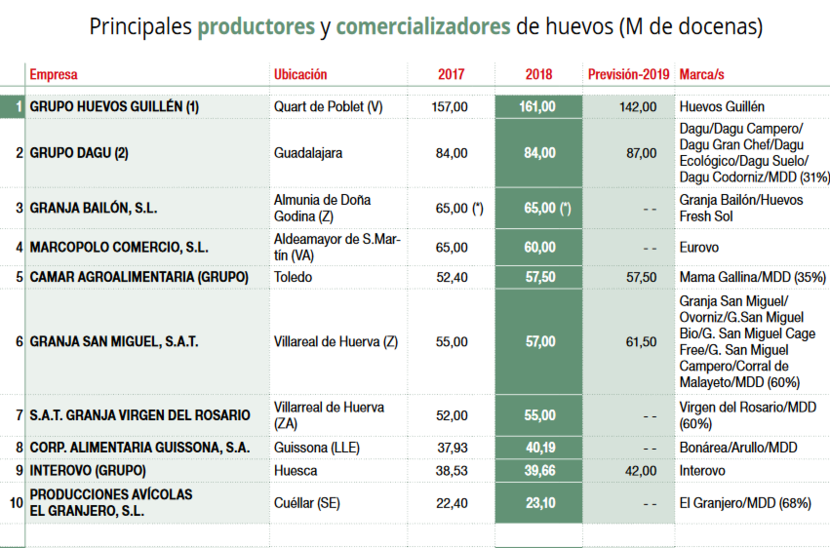 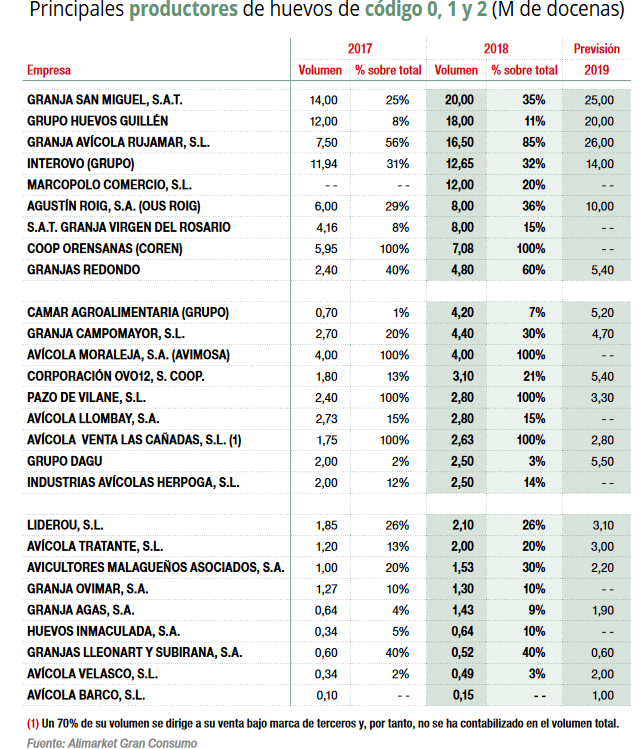 The egg sector in Spain 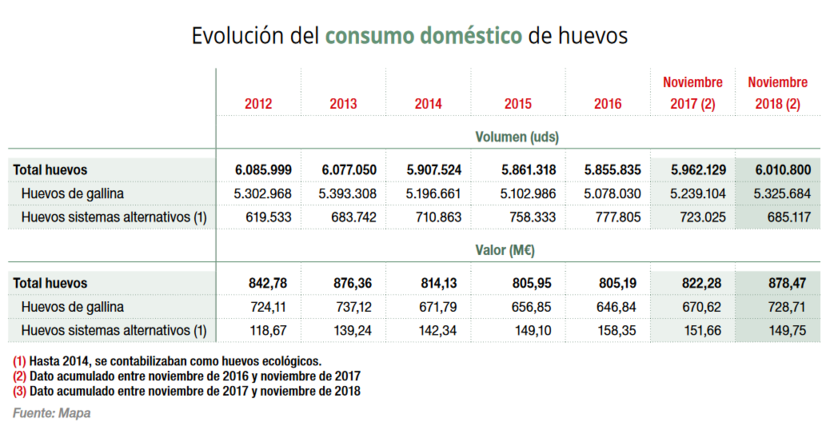 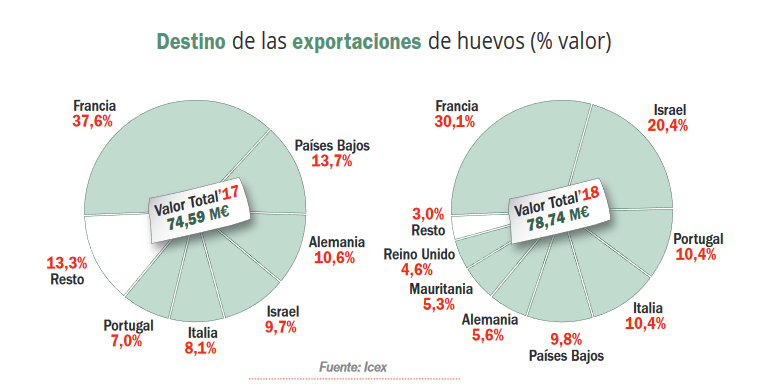 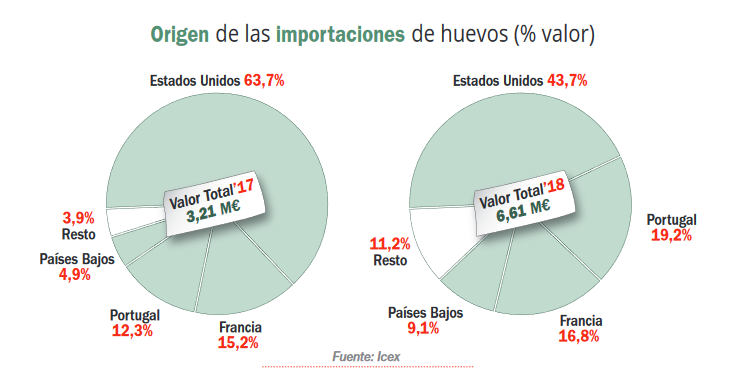