Thousands of fishing boats have been grounded due to new of the Ministry of Agriculture and Rural Development (MARD) regulations. 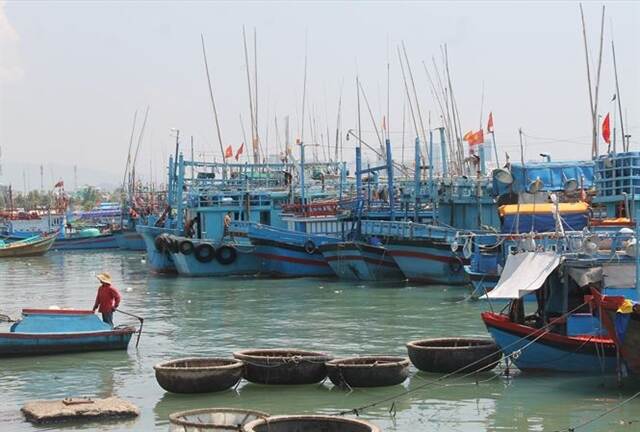 According to Decision No 1481 of MARD, vessels less than 15 metres in length are not allowed to fish offshore,  Tien Phong (Vanguard) newspaper reported.

Furthermore, coastal provinces must also catch fish in accordance with licences issued by the central Government.

It means fishing boats that meet the requirements for offshore fishing standards but could not go fishing because they were not granted a licence.

The move is an effort in the protect resources and to comply with to international laws protecting certain species.

Under the new policy, Kiên Giang has issued the most offshore fishing licences, 4,060 in total while the lowest is HCM City and Ninh Bình with 50 licences each.

Tran Ngoc Nhan, head of Fisheries Department in Phu Yen Province, said this locality has nearly 1,200 ships with capacity of more than 90CV, but only 451 ships are eligible to fish offshore because they are more than 15m in length.

This regulation, according to Nhan, is inadequate, creating difficulties for fishermen and need to be removed.

In Khanh Hoa Province, there are 1,366 fishing vessels with capacity of over 90CV.

Under the Decision No 1481, the province only could grant the licence for offshore fishing to 768 vessels and 598 vessels were not allowed to go to offshore areas, said Nguyen Trong Chanh, head of provincial Fisheries Department.

According to Chanh, many local fishermen want to upgrade their boats to meet requirements on offshore fishing but the quota is limited.

"We have reported the situation to the Department of Agriculture and Rural Development and the provincial People's Committee to propose MARD to reconsider the policy in order to create favorable conditions for fishermen," he said.

Hundreds of fishing boats less than 15m in length were waiting for comments from the Ministry of Agriculture and Rural Development about its new regulations, said Nguyễn Trung Hiếu, manager of Hon Ro Fishing Port in Nha Trang City.

According to statistics of the fisheries department of the south central provinces, there are nearly 10,000 fishing boats with a length of over 15m with capacity of up to 90CV.

One of the highlights in the new Fisheries Law is the management of fingerlings or baby fish, according to Tran Dinh Luan, deputy director general of the Directorate of Fisheries under MARD.

The law states clearly that every five years, the ministry will survey fisheries and their living environment to come up with a workable plan on how to protect and exploit them efficiently and sustainably.