Spain: The first direct rail reefers between Spain and Netherlands are on the move

The first refrigerated wagons transporting fresh fruits and vegetables directly between Spain and the Netherlands are already underway. This will allow the delivery time and CO2 to be reduced. 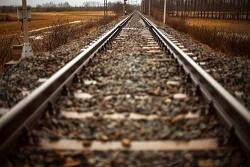 The CoolRail train, a direct connection only for fresh produce, already operates between the city of Valencia and the port of Rotterdam. On May 6, it made its first trip between the two countries, a connection that will suppress at least 12,000 truck trips a year.

According to Maarten van Hamburg, manager of Bakker Barendrecht (fruit and vegs supplier of Albert Heijn), 25% of the citrus fruit currently imported from the Valencian Region will arrive in the Netherlands by means of this new train instead of by road.

It is expected that this new train will help reduce CO2 emissions by 25%, although logistics costs will be very similar.

Even though this first train has been a project financed by Bakker Barendrecht and Euro Pool Systems, the Dutch Ministry of Infrastructure and Water Management has also offered them a subsidy for the next three years.