Dutch Vice Minister of Agriculture, Nature, and Food Quality Marjolijn Sonnema on April 10 visited Dutch Lady's sustainable dairy zone in Duy Tien District's Moc Bac Commune in Ha Nam Province, as part of an official visit to the Socialist Republic of Vietnam together with the Prime Minister of the Netherlands. 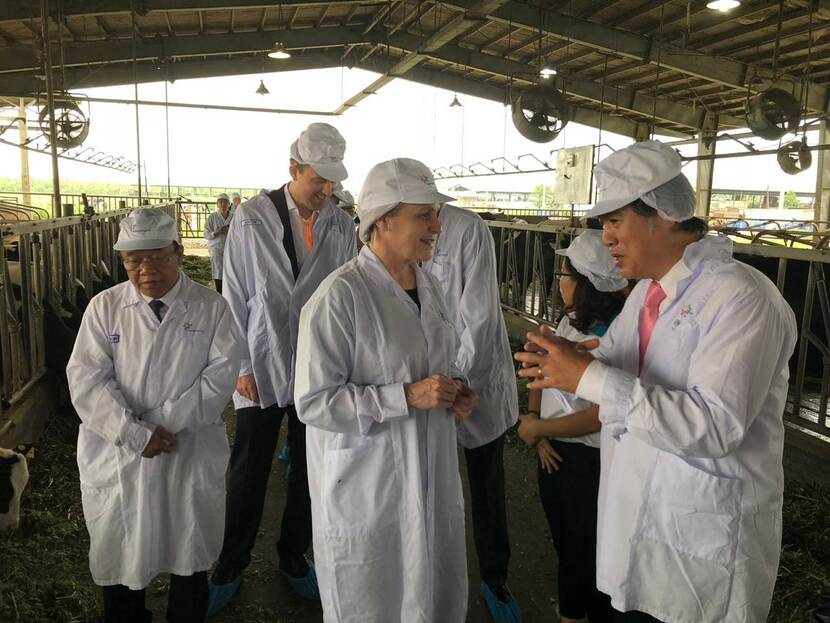 The visit was seen not only as a bridge to promote the strategic partnership between the two countries, but also as a great honor for Dutch Lady (the registered name of FrieslandCampina Vietnam) to have the attention of the government of the Netherlands.

The project to develop a sustainable dairy zone was launched in 2014 within the framework of the Facility for Sustainable Entrepreneurship and Food Security (FDOV) programme.

This project is part of a Public-Private Partnership between Dutch Lady and other stakeholders, namely the Dutch Ministry of Foreign Affairs, Ha Nam Provincial Peoples Committee, Wageningen University and The Friesian in the Netherlands, and DeHeus Vietnam.

Among these, Dutch Lady Milk is the main partner. 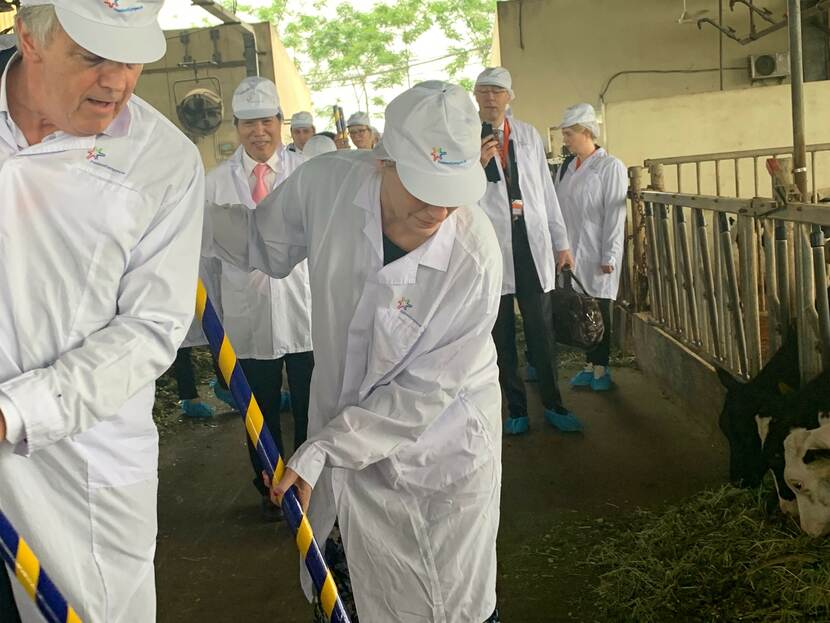 Sonnema said: “This is a very interesting and significant project, not just for businesses but also for the development of local peoples lives. I highly appreciate the cooperation between Dutch and Vietnamese enterprises, particularly the exchange of technical experts from the two sides in this FDOV project.

Sonnemas visit was a positive sign for the economic development of Ha Nam Province. Interest, commitment and synergy has led Dutch Lady and its Dutch partners to bring about good results, creating common values for the community. 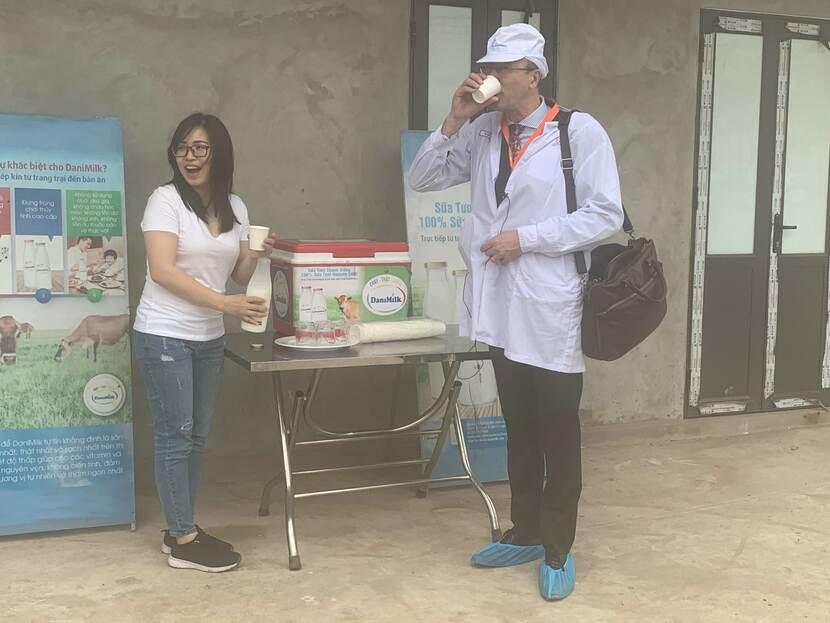 The mik is so fresh and delicious !

The development of the area for professional and sustainable dairy farming on a family farm scale has contributed to creating jobs and improving the financial situation of labourers in Ha Nam Province over the past six years.

This is the foundation of value that Dutch Lady has built and has been continually preserving for more than 145 years, which is to cooperate with farmers to produce a uniform source of fresh Dutch milk in every market.