Ethiopia is in a good position to become the leading vegetable seed producer in Africa. That was one of the conclusions at the HortiFlora 2019 expo, organized for the 7th time  on March 13-15, 2019 at the Millennium Hall in Addis Ababa, Ethiopia. The event hosted international & local horticulture producers & exporters, input suppliers and different stakeholders of the sector. The expo was organized by Ethiopian Horticulture Producer Exporters Association (EHPEA) and HPP Exhibitions. Visitors were introduced to business opportunities with exhibitors.

The opening ceremony was attended by the President of the Federal Democratic Republic of Ethiopia and other high-ranking government officials.  The expo organized this year attracted 120 local and international exhibitors. Representatives of 44 countries attended the expo and got over 3000 visitors and many buyers mostly from the Middle East.

The event hosted panel discussions on issues like smart and cool agro-logistics in Ethiopia, corporate social responsibility, source of finance and investment opportunities, traceability and transparency in the value chain modern irrigation systems and Ethiopia’s potential for vegetable production.

Another panel discussion focused on fertigation: modernizing drip irrigation in fruit and vegetable cultivation. The session highlighted a better way to prepare nutritive solutions for plants by giving a number of examples. Morocco’s proved to be an agricultural best practice here. 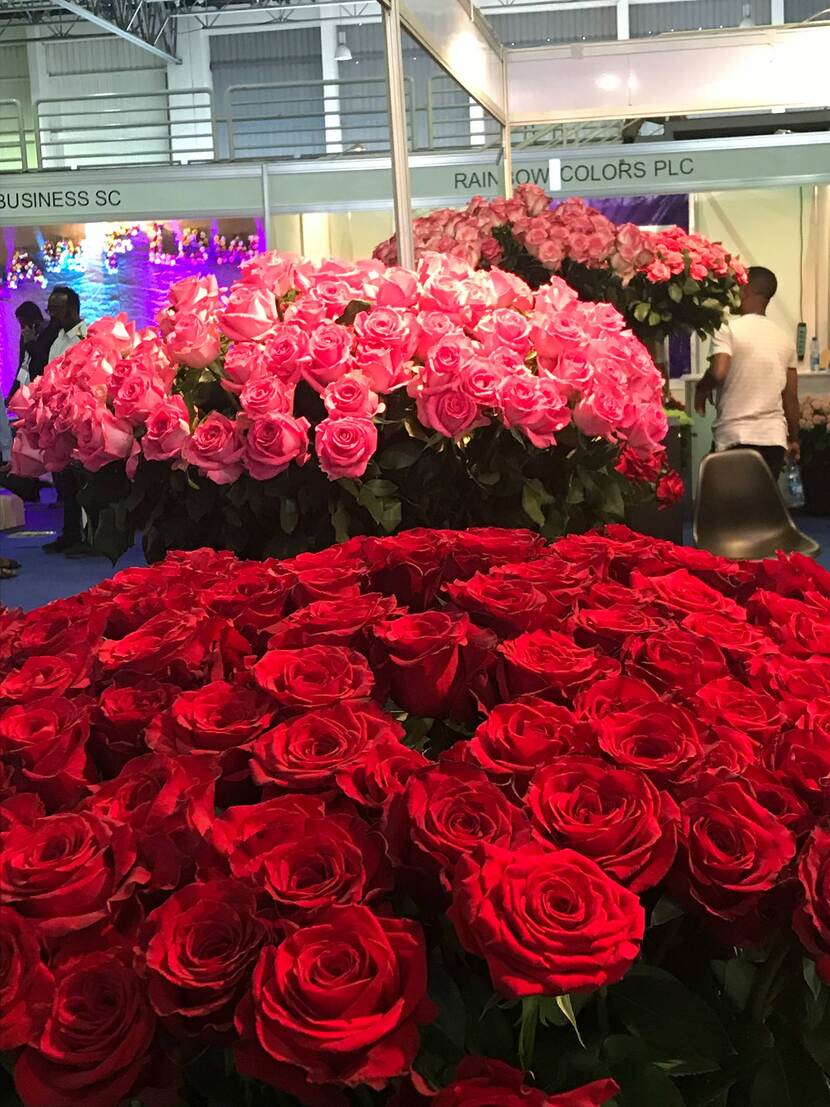 The Ambassador of the Kingdom of the Netherlands H.E. Mr. Bengt van Loosdrecht moderated a session on the need for smart and cool agro-logistics in Ethiopia.

Speakers and participants in a session on Corporate Social Responsibility (CSR) stressed that this topic is crucial to maintain sustainability. Mutual growth should safeguard local communities’ as well as developers’ interests in the horticulture sector.

The trends both for vegetable production and consumption are increasing in Ethiopia due to improved irrigation schemes, expansion of urbanization and supermarkets, awareness of the general public about dietary benefits of vegetable consumption, and increasing greenhouse farming.

Several challenges to the industry were raised, such as intellectual property rights on vegetable seed multiplication and production and lack of respect to the laws. Participants pleaded for pertinent governmental body towards adopting sound rules and regulations in accordance with international standards.

The expo was given media coverage both national and international as it was a real showcase and interactive platform for all actors in the horticulture industry in particular and the broader agriculture sector in general.