World’s richest man and CEO of Microsoft, Bill Gates, has hailed the efforts of an Ethiopian plant pathologist working to positively impact the lives of small-scale farmers across the world.

Dr. Segenet Kelemu according to Gates, having witnessed the damage locusts wreak in rural Ethiopia, aspired to study agriculture and today “used the power of science to find ways to help farmers grow more food and earn more income.”

In the latest installment of his ‘Heroes in the Field’ series, Gates said of Dr. Kelemu, “She decided to study agriculture, becoming the first woman from her region to get a college degree. 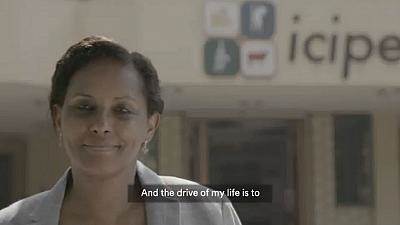 Dr. Kelemu said there has been a lot of progress. “Food security is not just an African challenge, it is a global challenge. As population grows significantly, by 2050, the estimate is that we’ll have to produce 70 percent more – more fee, more grains for our animals.

Dr. Segenet Kelemu is currently based in the Kenyan capital, Nairobi, where she serves as Director General of the International Centre of Insect Physiology and Ecology (icipe). She has been back in Africa for a decade now after over two and half decades working abroad. 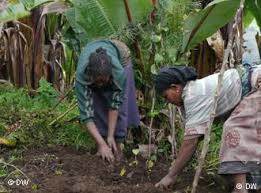 Most agricultural producers are subsistence farmers with small holdings, often broken into several plots. Most of these farmers lived in the Ethiopian Highlands, mainly at elevations of 1,500 to 3,000 meters.

Dr Kelemu (a native of Ethiopia), is a molecular plant pathologist with emphasis on elucidation of molecular determinants of host-pathogen interactions, development of novel plant disease control strategies including genetic engineering, biopesticides, pathogen population genetics and dynamics, endophytic microbes and their role in plant development.

She has experienced the challenges and successes associated with African agriculture first-hand, from tending the field to directing a world-class laboratories, the icipe website wrote about its first female head.