Prime Minister Nguyễn Xuân Phúc has called for the adoption of world standard organic agriculture so Vietnamese farm produce can be promoted at home and abroad. 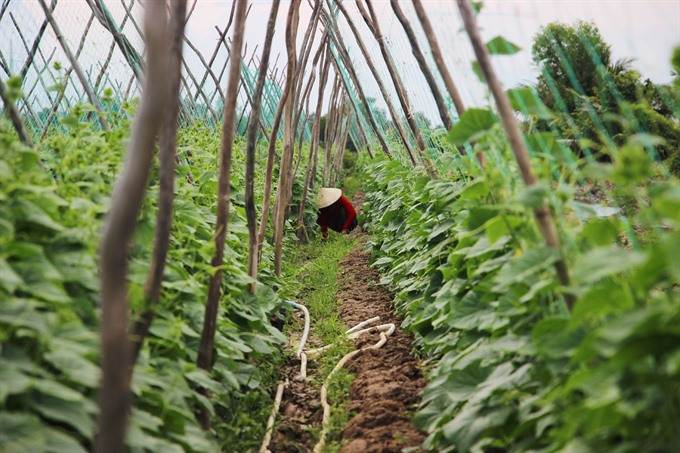 Addressing an international forum on organic farming in Hà Nội on Saturday, the PM also spoke on the importance of food safety and production standards.

“The ministries of agriculture, rural development and health need to work together to issue a set criteria for organic farm produce,” he told a conference titled Việt Nam Organic Agriculture – Development and Integration, adding that organic farming was an important part of Việt Nam’s agricultural production.

The event was organised by the Ministry of Agriculture and Rural Development (MARD), the Việt Nam Organic Agriculture Association, and TH Group. It attracted more than 400 Vietnamese and foreign experts, along with representatives of businesses, ministries, sectors and localities.

PM Phúc said the market’s growing demand was a golden chance for the development of organic agriculture in Việt Nam.

He said the Government would devise the institutions, policies, decrees and circulars needed for organic agriculture to develop.

The PM said many products could be produced by organic farming, requesting the formation of clean agriculture for all of Việt Nam’s people - and for export.

The practice of organic farming in each locality demonstrated responsibility towards the community and future generations, he said.

The Government leader added that organic agriculture would satisfy the demands of the high-end segment and help Việt Nam better integrate into the world. Therefore, it must be developed in a methodological and scientific manner.

Meanwhile, non-organic agriculture should not be under-estimated as with high productivity, it would still ensure national food security, PM Phúc said.

He called on scientists, farmers, businesses and the whole of society to engage in developing organic agriculture for the sake of a clean environment and the health and happiness of each citizen.

At the forum, MARD Minister Nguyễn Xuân Cường said the shift from existing agricultural practices to organic farming with strict standards was very difficult. Thus, it needed joint efforts by the Government, businesses and farmers.

“The existance of both organisation-recognised and self-proclaimed organic farm produce in the market causes confusion for consumers. Additionally, producers fail to regularly update information related to organic farming.

“And planning certain land areas suitable for organic farming is challenging, and the improvement of land and water resources for the practice consumes lots of time and effort.”

Some speakers said it was necessary to harmonise the interests of farmers and investors so as to consolidate land to boost organic agriculture.

“However, the co-operative faces difficulties in expanding production due to limited land funds for agriculture and preferential loans,” Hậu said.

She recommended the State and local authorities set aside arable land suitable for organic farming and enable producers get better access to preferential loans. She also called for the introduction of criteria for organic produce.

Chairman of the TH Group, Thái Hương, said a national set of criteria would create a level playing field for enterprises because there was now no clear distinction between recognised and self-proclaimed green farm produce.

Head of the Institute of Việt Nam Organic Agricultural Economics, Lê Thành, said Việt Nam should stay focused on products such as herbal medicines, coconut and coconut oil for export. For domestic market, it should be boosted by production of organic vegetables and fruit to meet local demand and compete with imported varieties.

Statistics highlighted at the forum show that organic agriculture is developing rapidly in the world. A total of 51 million hectares have a market potential worth nearly US$82 billion. Thirty-three of the 63 provinces and cities in Việt Nam have developed organic farming models, but their scale is still small, about 76,000 ha in total.