The past year has seen major advancements in the global halal food and lifestyle sectors. At the same time, the halal tourism sector, a huge driver of food, beverage and hospitality sales, has also advanced following product investments for example in the UAE. This article written by Mrs. Samar Kadri, senior policy officer Agriculture & Food at the Dutch Consulate General in Dubai, will give more insight in halal products, and the regulations around halal certificates in the United Arab Emirates.

HALAL means lawful or permitted and “Non halal” means prohibited as per the Islamic Law (Shariah).​ Having traces of pork, animals slaughtered in a non-Islamic way or the presence of alcohol in food products among other things is not allowed according to Islamic law.

Products are considered to be halal when they are made of :

In the UAE every eatery and food brand that claims its food to be halal is scanned and details of the used ingredients will be under the loop, just like the processing, the plantation, chemicals used, the packaging, as well as the slaughtering of animals. All processes should comply with Sharia regulations.

Worldwide spending on global halal food and lifestyle products could rise 10.8% per year until 2019, which will create an international industry worth USD 3.7 trillion (13.59 trillion AED), according to the latest Global Islamic Economy Report.

The past year has seen major advancements in the global halal food and lifestyle sectors. At the same time, the halal tourism sector, a huge driver of food, beverage and hospitality sales, has also advanced following product investments in the UAE, the Maldives, Spain, Japan, the Philippines and Russia, amongst others. The lucrative halal tourism market now represents 11.6% of global tourism expenditure.

The countries of the Gulf Cooperation Council (GCC) import most of the food they consume, and they are expected to spend USD 53.1 billion on imports in 2020. The GCC is composed of Saudi Arabia, Bahrain, the United Arab Emirates, Kuwait, and Oman. Imports account for 78% of supplies.

The UAE has the Gulf’s most developed, cutting-edge wholesale market, being home to 62% of all the modern, West-influenced outlets. The UAE's status as an international center for halal food trading is advancing. 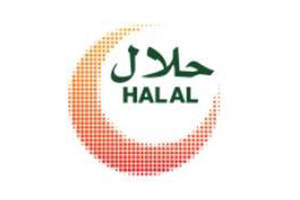 The United Arab Emirates (UAE) is the first Middle East country to regulate halal certificates and logos from for all food products claiming to be halal, according to the Emirates Standardization and Metrology Authority (ESMA). These regulations will also include halal certification for cosmetics and perfumes as well as clothes and accessories. This is part of His Highness Shaikh Mohammad Bin Rashid Al Maktoum, Vice-President and Prime Minister of the UAE and Ruler of Dubai’s plans to make Dubai the capital of the halal economy.

96.8% of UAE’s imports is supplied by EU countries, however no other country currently has approved halal certifying organizations.

There are two main type of stunning:

ESMA stresses again that stunning is not allowed under Islamic laws for poultry, because of a religious ruling (fatwa). The UAE seems to be the first country to apply this decision.

ESMA aims to ensure that the preparation of legislations is in line with scientific developments and modern practices on the one hand, and is not in conflict with Islamic law. Therefor the Authority has formed a work team to study ways and methods of stunning and loss of awareness for animals. Consequently, there seems to be some signs, that ESMA has backed off from enforcing the no stunning ban on poultry for the moment.

However, Stunning of poultry and birds is now under discussion in the UAE. ESMA has introduced the 1998 GSO standard 993 only now, as the no stunning provision is not even practised in other Muslim countries. A tentative UAE mission to the Netherlands is under preparation as the no Stunning has come without any warning and this topic is still under negotiation and discussion with the EU/USA countries.

As for the Netherlands the two certified CB’s are advised to keep issuing Halal certificate for suppliers to Dubai only based on the old accreditation until the final accreditation for meat is approved. This recommendation was based on communication with the DM. After many negotiations and efforts it was verbally agreed that all consignments coming from the Netherlands to Dubi , that have a Halal certificate issued by the Halal Quality control, will be accepted.