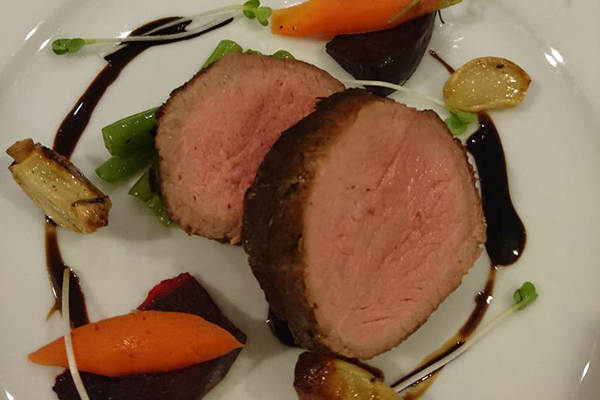 On the occasion of these positive developments, the Embassy of the Netherlands in Bangkok hosted a press conference on the 21st of November 2017. This press conference on “The Dutch Meat Industry and International Leader of Dutch Veal & Beef and Day-Old-Chick and Hatching Egg” took place at the premises of the embassy and was attended by 30 reporters and journalists from national TV, magazines and newspapers. After a warm welcome by Chargé d’affaires a.i. Paul Menkveld, the Dutch Agricultural Counsellor Arie Veldhuizen invited and introduced the guest speakers to give their presentation.

Prof. Dr. Aalt Dijkhuizen, President of The Netherlands Agri & Food TopSector, highlighted that in terms of land, resources, GHG emissions, the Netherlands has the lowest footprint per kg of product thanks to a high productivity and efficiency. The Dutch top sector policy focuses on continuous innovation based on the close collaboration between the government, private industry and the academic field. Prof. Dr. Dijkhuizen further mentioned the demand for high quality protein (dairy and meat) as a big challenge for realizing a higher productivity and receiving “More with Less”.

Paul Beltman from EKRO and a member of VanDrie Group represented the Dutch Meat Association (COV). He emphasized that the Netherlands is the largest producer of veal in the world and that this product is exported to 60 countries worldwide. The Dutch meat value chain is controlled by the government from farm to fork and the industry supports the government by following internationally accredited standards. VanDrie Group is the Netherlands largest privately owned agribusiness and the world market leader in veal, calf skins and calf milk powder. Van Drie Group processes annually 1.5 million calves working with 1,100 veal farmers.

Dr. Pornsak Hirunpatawong, Asia Manager of Hendrix Genetics B.V., gave a presentation on the Dutch poultry sector which holds a high regard towards innovation in the poultry value chain. Moreover, the Dutch poultry sector plays a vital part in the Dutch agri-food sector. Globally, the Netherlands is the largest exporter of eggs and the third largest exporter of chicken. Future trends within the poultry industry include a focus on healthy products such as salmonella free chicken and egg and omega-3 chicken.

Dr. Watchapon Chotiyaputta, Director of International Livestock Cooperation from the Thai DLD, has expressed his confidence in Thai – Dutch collaboration to promote the livestock industry not only in terms of trade, but also focusing on innovation to ensure the food safety and security worldwide and for the Thai public.

After the press conference, Chargé d’affaires a.i. Paul Menkveld hosted a gala dinner at the Residence of the Dutch Ambassador for 70 invitees including key importers, restaurants, supermarkets and the press. Premium Dutch veal in combination with potato from the Netherlands was served to all guests and highlighted the global quality of veal and beef from the Netherlands.

For more information on the meat industry in Thailand, please contact BAN-LNV@minbuza.bnl 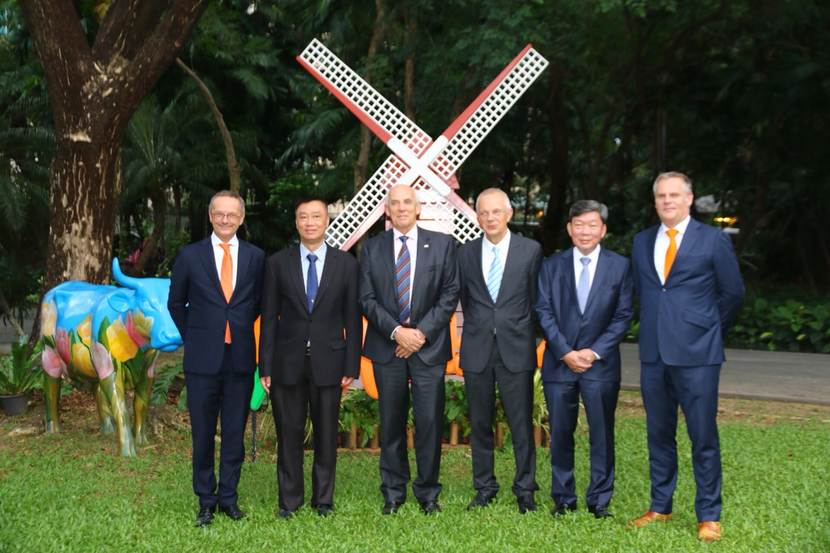 Gala dinner at the Residence of Dutch Ambassador to celebrate the market access achievement.