Chief Veterinary Officer informed recently about the 60th outbreak of ASF in Poland. The farm where the virus was discovered is located in Lubelskie region in the protected zone. 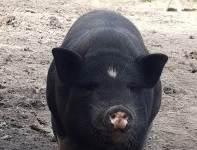 Until now the outbreaks were discovered only in so called backyard farms, but this is the second outbreak on a farm with pigs for commercial production (almost 2.000 units).

The number of infected domestic pigs in Poland since February 2014 is currently 65, with 42 of the outbreaks occurring in 2017. The first domestic pig case in 2017 was confirmed and notified on 8th June 2017 and the most recent case was notified and confirmed on the 28th July 2017.

To stop and eliminate African Swine Fever in Poland Polish Parliament passed a new extraordinary law last week to prevent spread of virus diseases of farm animals. According to the new law:

Earlier this month Ministry of Agriculture passed a new regulation to strengthen and improve biosecurity measures in Poland in order to fight with ASF:

It has to be stated that all of the cases in domestic pigs occurred in protected zones and the virus is slowly moving to the West.