Report on the First Round of negotiations to update NAFTA

The North American agriculture market is well integrated and is seeking more openness, The first round of talks to update the North American Free Trade Agreement (NAFTA) took place in Washington D.C. from August 16th to 21st. There were 24 negotiation themes. Next round will take place in Mexico City from September 1st to 5th. The process will go through a total of 7 negotiation rounds, every three weeks, concluding in early 2018. 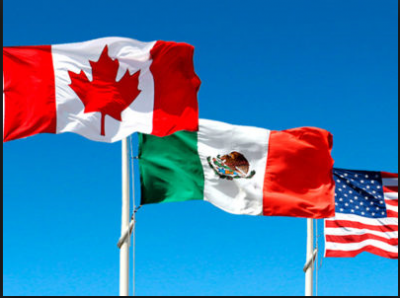 Some official visits preceded the first round. José Calzada, Mexican Minister of Agriculture visited his colleague the Canadian Minister of Agriculture, Lawrence MacAulay and then, American Secretary of Agriculture Sonny Perdue, visited Mexico. In a joint declaration, the three counterparts acknowledged that NAFTA has contributed to a strengthening of agro business through the creation of a competitive and integrated market, which shall remain open and yet become more accessible. They expressed the wish to include in the upgrade of NAFTA, files such as e-commerce, organic products, to push further the harmonization of tariff codes and SPS protocols, e-certification and introduction of measures fostering quicker customs traffic. The modernization of logistic chains and traceability systems might also be implemented to optimize trade.

In the agricultural sector, the United States import 80% of total Mexican exports. Mexico is the second destination for American exports, Canada being the first market for American products. For instance, trade is still growing between the U.S. and Mexico: last year, Mexican exports (mainly beer, avocados and tomatoes) to the U.S. increased by 4% compared to previous year, and imports from the U.S. augmented by 5%. In 2016, the total trade between both nations ascended to USD 43 billion. Mexico registered a favorable trade balance of almost USD 7 billion.

Important American agricultural sectors rely on exports to Mexico, such as pork and poultry meat, corn, soya as well as the dairy industry. They are lobbying actively to let the agreement as such in order to avoid serious damage to their business. Although, Mexican companies are already looking to diversify their source of imports for those products, which creates new business opportunities for foreign companies.

Farmers association from the three nations also agree on the success of NAFTA. They are firmly opposed to the elimination of chapter 19 from NAFTA -as presented by the U.S administration-, which sets the rules of dispute settlement mechanism, avoiding going through national (read here, U.S.) courts of law or through WTO instruments. The latter would create uncertainty and slow down dispute resolution.

During the first round, the U.S. negotiators wanted to address reduction of trade deficit (mainly with Mexico) through a change in the rules of origin in order to increase national content (in present agreement, North American content is around 60%, depending on the sector). It seems that the U.S. want to apply import duties aimed especially to the automotive sector. If NAFTA were to be canceled, the most favored nation duties would apply, and in that case import duties for Mexico to U.S. are not that high (average of 3.1%). The Trump administration also seeks to eliminate chapter 19 – to which Mexico and Canada strongly oppose, the latter would leave the negotiation table if eliminated. Canada and the U.S. are pushing to reduce the salary gap with Mexico, which would protect their sectors of job cuts and preventing Mexican labor to migrate illegally seeking for better job opportunities. The Mexican administration and Employers Association argue that salaries cannot be harmonized yet, that a growth in trade and competitiveness will eventually raise salaries to higher levels. Finally, Canada also desires to include some new provisions on environment, Native people rights and gender equity.

Finally, the agreed upon short timeline –if respected- is very ambitious and by itself prevents from a complete overhaul of the agreement. This would also avoid to politicize the renegotiation agenda in Mexico as the presidential campaign starts officially in March and ends in July of 2018. Thus, it would be realistic to think that the agreement will remain mostly as is in agriculture, as long as President Trump does not materialize his threat to initiate the process to cancel NAFTA before the Congress – which outcome would also be unknown. Although this menace might also be seen as additional pressure on his negotiators to reach quick and positive results for his administration.