The government of the Netherlands is one of the contributors to the re-introduction of 20 black rhino's in Akagera National Park. 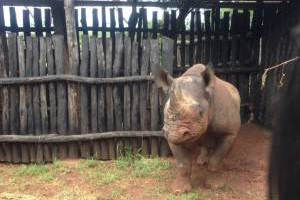 The first week of May, 10 black rhino's have arrived and are released into the park. The other 10 black rhino's will follow later in May. The Dutch government is proud to be part of this milestone in conservation.

This Wildlife deal between the Rwandan Development Board, African Parks and the Dutch Ministry of Economic Affairs was presented on World Wildlife Day at the Save Wildlife Conference in The Hague, the Netherlands on 3 March 2016. 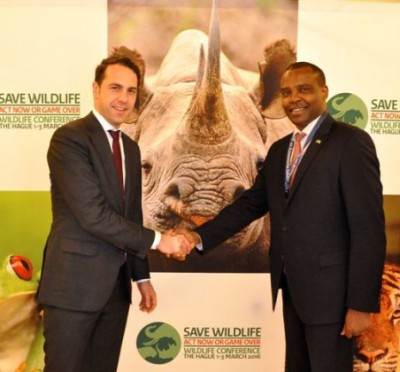 The re-introduction of the black rhino is a reward to Rwanda for their efforts to ensure wildlife conservation and economic development. It will create additional employment for the local community, both directly because of the translocation of the black rhinos (rangers, trackers, infrastructure work), but also indirectly because of tourism, as more visitors will create more work for tour operators, guides, lodges et cetera.

Rwanda's Akagera park is now a Big Five destination, which will have a positive impact on tourism. In 2015 the Dutch government also supported the reintroduction of seven lions into Akagera.