(VietnamNews) -  According to the Deputy Minister of Agriculture and Rural Development Phung Đuc Tien, the agriculture sector expanded by 2.02 per cent in the first nine months of this year despite the impact of African swine fever. 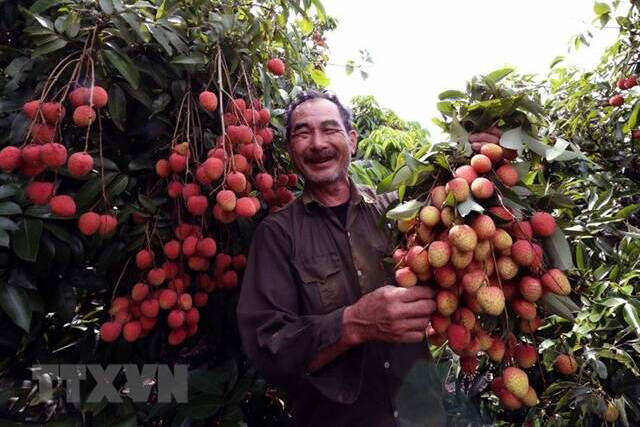 A farmer shows his harvest of lychee in Hai Duong Province.

Chief of the Ministry of Agriculture and Rural Development (MARD) Office Le Van Thanh said pork output decreased by 8 per cent due to the impact of the disease. However, the output of other farming products rose, such as beef up 4.2 per cent, buffalo meat up 3.1 per cent, poultry meat 13.5 per cent, egg 10 per cent, and milk 9.3 per cent.

The aquaculture sector will synchronously and effectively realise recommendations by the European Union (EU), towards achieving sustainable aquaculture development, the official added.

The ministry will send teams to localities to inspect the adoption of measures against the illegal, unreported and unregulated fishing warned by the EU, rearrange farming at sea, enhance international cooperation in seafood exploitation, contributing to safeguarding the country’s sovereignty over seas and islands.

Further attention will be paid to tackling difficulties in China, opening up new markets such as the US, the UK and Australia for several products.

In collaboration with the Ministry of Industry and Trade and the Vietnam Chamber of Commerce and Industry, the MARD will help facilitate exports of farm produce to China via information sharing and training.

It will also establish an information-sharing mechanism and work with the General Administration of Customs of China and leaders of the Vietnamese and Chinese border provinces to deal with barriers regarding origin tracing, export certificates and quarantine.