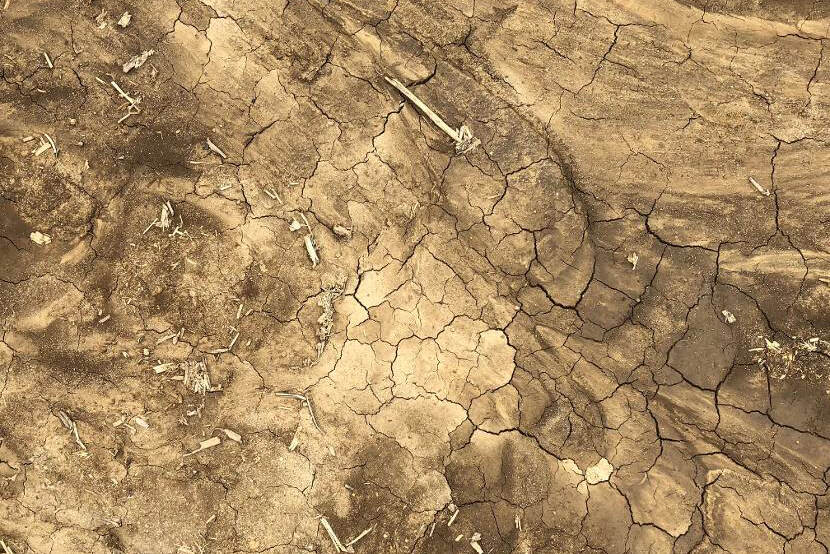 Poland ranks at the last place in the EU when it comes to availability of water resources (with the 1,6 thousand cubic meters of water per one inhabitant). To compare, the EU average is three times as much. The Polish water resources can be compared with those available in the desert in Egypt. Hydrologists alarming that Poles are threatened by Sahara on the Vistula river.

97% of water in Poland comes from precipitation. However, much of the rainfall water is lost because it is not stored (not in drainage systems, not in water retention ponds in rivers) and goes via rivers to the Baltic see. This, combined with soft winters, lack of snow coverage during winter times, and long periods of high temperatures starting already in spring and lasting in summer, results in very low water levels in rivers.

In July, the level in Vistula river in Warsaw dropped to 40 cm. It is still not a record – the lower level of water was noted in 2015 – but the situation is alarming; there are already sandy islands protruding above the water surface. 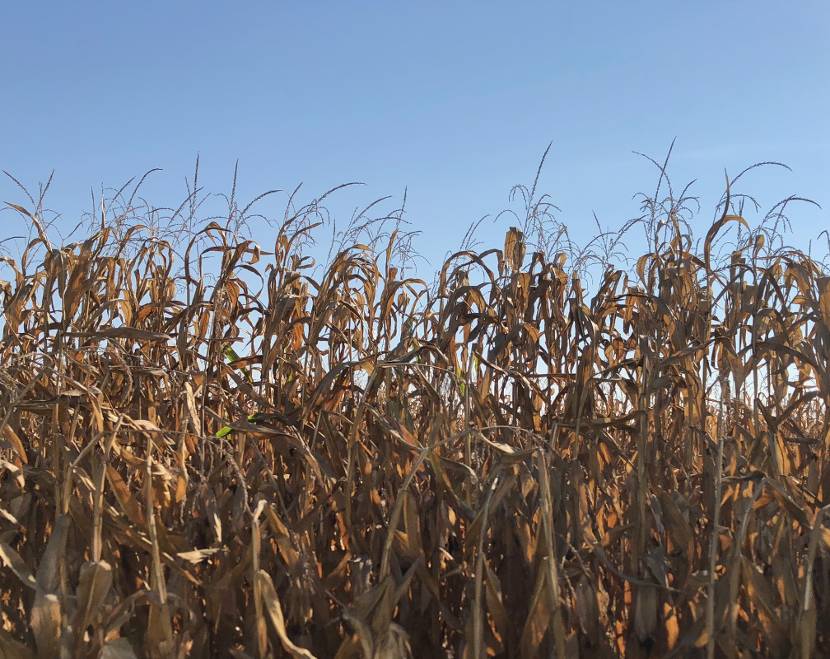 Agriculture needs water. On the one hand, Poland is one of the largest producers of meat in Europe, for which a lot of water is needed. On the other hand, although in plant production the usage of water is much lower, plant production is much more dependent on water and vulnerable to lack of water. Poland is a country that uses over 14 million hectares for agricultural production. Low water resources naturally in combination with low precipitation, high potential evapotranspiration, seasonal variability and changing climate conditions (softer winters, less and irregular precipitations, warmer temperatures) make plant production in Poland from year to year more challenging. In addition, high levels of sandiness and limited availability of organic matter, which limits possibilities for water retention, characterize the agricultural soils. Overall, it raises a need for development and implementation of solutions improving soils and water - management and use working together.

Last year’s drought in Poland caused big losses to many crops and plants like spring cereals, fabaceae crops, winter cereals, fruit trees, ground vegetables, rapeseed, strawberries, tobacco, and maize. In addition, the grass harvest for feeding was much lower. It resulted in higher costs of production in the animal sector, less availability of crops, and other plants on the market, and at the very end higher prices for consumers.

2019 is another year of drought that affects 15 regions (out of 16) in Poland. Drought is recorded in the following crops: spring and winter cereals, rape and rapeseed, maize, ground vegetables, tobacco, sugar beet, potatoes and hops, legumes, fruit trees. More than 40% of arable land is threatened by drought in the following crops: fruit trees (45%), maize for grain (41%), maize for silage (41%)[1] . The final estimates of losses due to drought are not yet known. The biggest drought is reported in the west part of Poland – Lubuskie region.

[1] Data of National Monitoring of Drought carried out by the National Soil Science and Plant Cultivation Institute in Pulawy.

This year’s heat in Poland that occurred in June in a combination with very low rainfall caused not only problems in agricultural sector but also for energy supply plants and therefore regular citizens and industry. The inhabitants of rural areas in comparison to inhabitants in big cities are much more burdened with breaks in energy supply.

The first victim of this year's heat was Skierniewice – a small town close to Warsaw. At the beginning of June, there was no water in the entire Skierniewice town and therefore a water crisis has been announced. Emergency phone numbers were given to inhabitants to call and reserve the bottled water before collection. The head of the municipal water supply explained that the stock ran out very quickly this year. There has been an enormous consumption.

There are more examples across Poland. The water in the city bathing resort in Ełk (north Poland) was so warm in June/July that it just stopped cooling people. In the bathing resort in Pabianice (central Poland), the water that was taken from a nearby river simply ran out. At the bottom of the reservoir, there was only dirty foam. Sulmierzyce – a small town in Wielkopolska in central Poland - has to buy water from neighbouring municipalities, because the town exhausted its own source. Residents of the Biesiekierz in Zachodnio-pomorskie (north Poland) complained about problems with water supply. The pressure in the taps was so low that it was impossible to take a shower. In Bogatynia, tea-coloured water was running out of taps. The reason was the sludge in the old pipes, which broke through the extreme usage of water during the hot periods.

Due to the very high temperatures exceeding 30 degrees for quite some days, the necessity for cooling and cooling systems increased rapidly in industry as well. It results in very high energy consumption in Poland. The National Energy Regulatory Office warns this year that in the situation of permanent drought and low water levels in rivers in Poland, there might be gaps in energy supply as there are no reserves in the national energy system.

Food processing companies have already experienced how lack of enough water resources (for example in rivers from where the water is used for cooling systems in food processing) in combination with very high temperatures can limit their volume of production. In 2015, the Polish power plants introduced limitations on the use of electricity. Big customers who use more than 300 kW received limitations in delivery of electricity. Food processing factories had to reduces shifts (i.e. Nestle had to lay down production daily of five factories). Households and institutions like hospitals were exempted from electricity cuts. Polish food processors demanded already a change of legislation after these problems but not much has been done until now. For example, in 2015, the dairy sector was very critical to the limitation in delivery of energy to processing industry - “cows are no robots, you cannot stop them temporarily at every moment. Milk delivery continues day and night and need fast processing and cooling”. 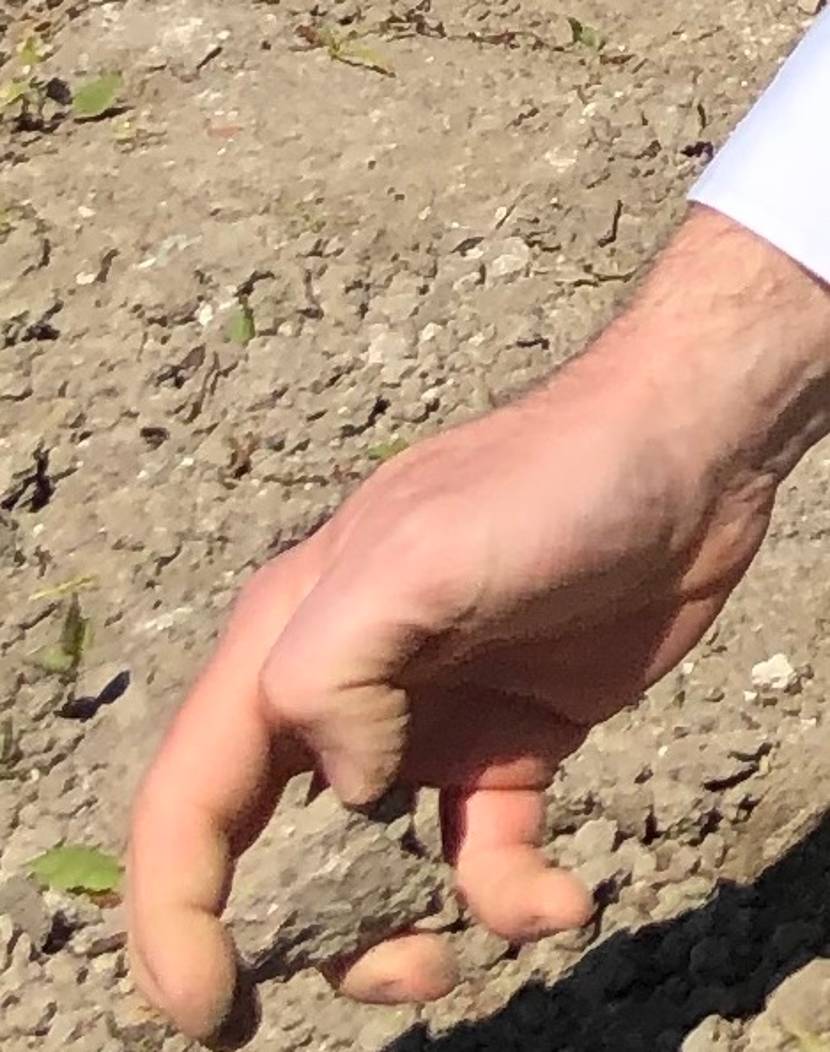 In the past, the competencies regarding water policy have been divided among different institutions in Poland: ministries, water management authorities and local governments at the regional and commune level (the lowest administrative level of regional governments), therefore no one felt responsible for a coordinated policy approach. The government that took power in 2015 proceeded many structural changes in water management authorities at regional and national levels, move back to a mode of more centralized water policy, and formed a special National Water Agency (Wody Polskie). Still, however, there is need for more integrated approach because lack of water resources are affecting a wide range of sectors and regular Poles.

In the recent four years, the government has proposed several instruments, among others, water fees, rain tax, as well new investment plans in water retention. Water fees are the obligation for the compliance with the EU Water Framework Directive and they also include fees for water taken for irrigation purposes in agricultural production. There have been around 8% of farms covered by the water fees. The rain tax was pursued in 2018. Since January 2018, the owners of buildings, which surface exceeds 3,5 thousands of square meters and the plot on which the building stands is concreted or asphalted are obliged to pay rain taxes. 90% of money collected from the rain taxes were supposed to be used by the National Water Agency (Wody Polskie) for water investments. However, the money has not been collected strictly and only 211 communes out of 2477 have paid money form the rain taxes to the National Water Agency.

Recently, the government has announced to develop a Retention Programme to be implemented in 2021-2027. The programme has a budget of 14 billion PLN to construct large and small water retention reservoirs, which are also important for rural areas. Recently, the Polish Minister of Agriculture also informed about launching an irrigation programme in agriculture, initially 400 million PLN is to be allocated within the first call for projects, but the whole pool is 1 billion PLN. The program will be first directed to those municipalities that have been most affected by drought in recent years.

According to Polish hydrologists, in the future Poland will most probably be dealing with hydrological droughts, and they will be repeating. This is because climate change in our climatic zone makes the weather phenomena more and more extreme. Long periods of drought, periods without overheating with high temperature, subsequent temperature records, and then sudden, very intense but short precipitation. Such phenomena will intensify, they will appear more often and they will last longer, and this limits the replenishment of groundwater, which feeds the rivers during the drought. Water management policy and agriculture will need to respond to these challenges.

If you have any questions related to the article please contact us at: war-lnv@minbuza.nl

Our previous articles related to agriculture and drought can be found under the given links:

Website of the Polish Ministry of Agriculture and Rural Development