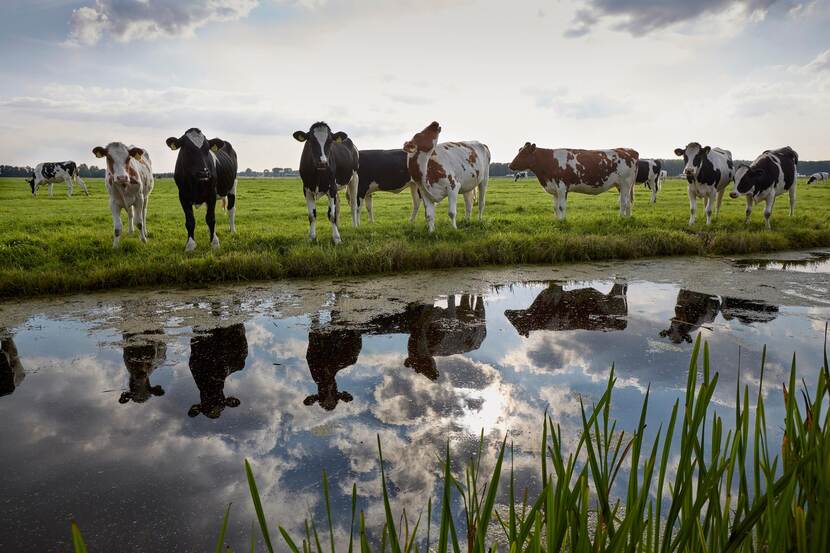 The herd is owned by two brothers who didn’t have enough money to take good care for cows. So they let them live in nature. The cows feed themselves on pastures and fields of other farmers in the summer and in the winter they receive hay and some silage from the owners. They also multiply without any control. During the years the herd was increasing and it happened several times that the cows made damages on fields or farms of the inhabitants of Deszczno village, where they live. The cows don’t have earrings, are not registered and since several years they were not checked by any veterinarian. Therefore the regional veterinary officer decided to cull the whole herd.

The cost of the whole procedure are around 40 000 PLN. As the owners are not able to pay the cost of the culling and utilization, the Minister of Agriculture decided to finance it. But then protests started: the herd looks healthier than many cows kept in the stable and are ‘happy and free’ as some of the animal defenders argue. Also the cost of all veterinarian examinations and registration is twice as cheap as the cost of the culling. The Chief Veterinary Officer supported however the decision of his regional colleague. He argued that the herd might be dangerous for registered cows of other farmers in the surroundings and that EU-law requires culling of those animals.

At the same time ca. 25 000 people signed a petition to save the life of the cows, organizations for animal protection and other activists are ‘on duty’ sleeping in a tent next to the herd in order to stop possible execution of the decision. Many people volunteered to take animals to their own herds (after veterinarian examination) and it seems that in the meantime every cow from the whole herd has found a new owner. Even some lawyers stated that there are legal possibilities to save animals from the death. Lately even the Polish president made a comment on wild cows. In a tweet he promised to discuss this case again with the minister and the CVO. 'The herd will be saved. There is a will. That's the most important thing’ said the president.