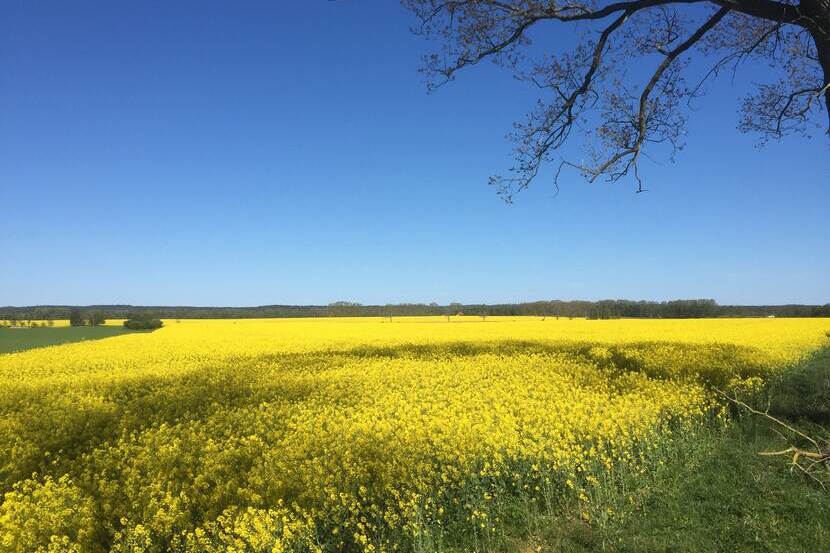 Exemption granted for the use of neonicotinoids in rapeseed

Following the derogation for the use of neonicotinoids in rapeseed and sugarbeets last year, recently the Polish Minister of Agriculture Ardanowski announced again an exemption for the use of two plant protection products with neonicotinoids in rapeseed for 2019. This exemption is for 120 days and will allow the use of plant protection products in rapeseed Modesto 480 FS (temporary authorization for the period May 20 – September 17, 2019) and Cruiser OSR 322 FS (temporary authorization for the period June 1 – September 28, 2019). This year the exemption was granted earlier, in order to give seed companies, farmers and distributors more time to prepare.

The Polish Association of Rapeseed and Protein Plant Producers requested for an exemption due to the difficult situation in rapeseed production, caused by weather circumstances. According to the Association, Poland is also lacking efficient registered pesticides in order to effectively protect rapeseed for a variety of diseases. Non chemical methods of plant protection are not sufficiently effective.

Poland is one of the largest producers of rapeseed in the EU. With approximately 770,000 hectares in 2019, Polish area declined with approximately with 5% compared to 2018. In the 2017/2018 season, the production amounted almost 2.2 mln tonnes, dropping from 2,7 mln tonnes compared to the previous season, mainly due to the weather circumstances (Poland was suffering from a severe period of drought in 2018). 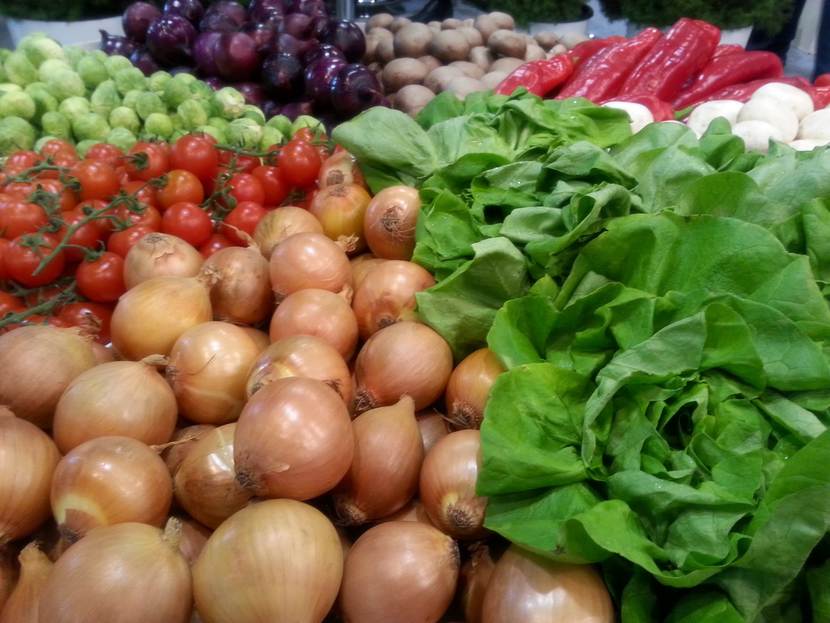 The export value of Polish agricultural products will increase by 6 percent year on year to EUR 31 bln in 2019, according to the latest estimates of the Institute of Agricultural and Food Economics (IERiGŻ). In 2019, the growth rate of trade is expected to maintain a level similar to the one observed in the previous year. The value of exports of agrifood products in 2019 may reach around EUR 31 bln and be nearly 6 percent higher than in 2018, while the value of imports may total EUR 20 billion (up by 3 percent). According to IERiGŻ, the foreign trade surplus will increase to around EUR 11 bln, compared to EUR 9.6 bln in 2018.

Anwil, owned by the Polish oil and fuel company PKN Orlen and one of the largest producers of mineral fertilizers in Poland, announced the investment of the construction of a new production line of nitrogen fertilizers. The investment has a total value of 1,3 bln PLN, and will enable a 50% production capacity of Anwill in 2022. At the moment, Anwil produces 966.000 ton per year, with the investment this will increase to 1,461 mln tons per year. Currently Anwill is the second largest producer of mineral fertilizers in Poland, and the 13th producer in Europe. Other important producers in Poland are Grupa Azoty, Lubon and ZAK. 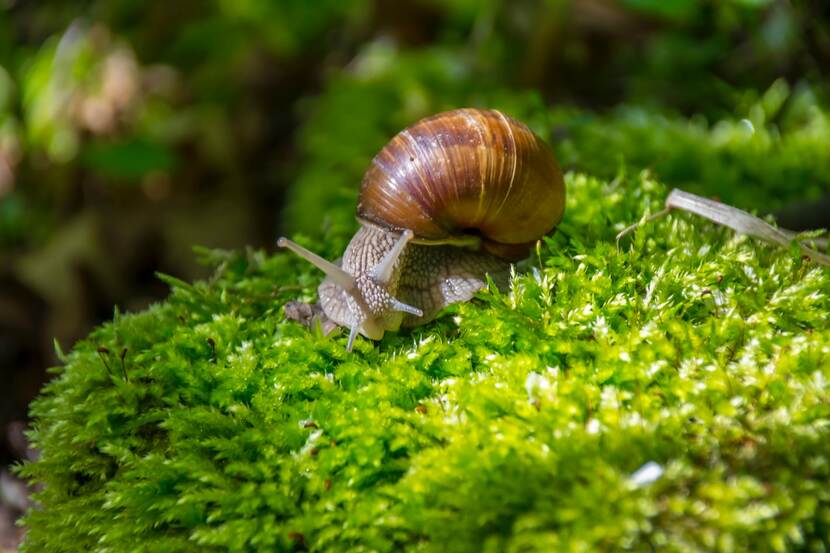 Poland is growing into an ever larger producer and exporter of snails, which are considered tasty and ecological and is already the main exporter of snails (Helix pomatia) to the West. The majority of snails from Poland are exported to Western Europe and mainly eaten by French and Italian. They can also be found in Polish stores, and the Polish consumer reaches for snails more and more often. Poles often travel and learn about new cuisines and after returning to the country reach for flavors found elsewhere. In addition, the growing awareness of Poles and the growing interest in healthy food, healthy lifestyle and diet, attracts attention to snails, which is a product with very attractive nutritional values. The leader in the sector of snail breeding, processing and processing (Helix aspersa maxima - African Snail) in Poland is Polish Snail Holding based in Elbląg, which sells them both in Poland and abroad, and Snails Garden, company which has been specializing in the breeding of Mediterranean meat snails for 13 years, exporting to many countries, including Spain, Italy and France. 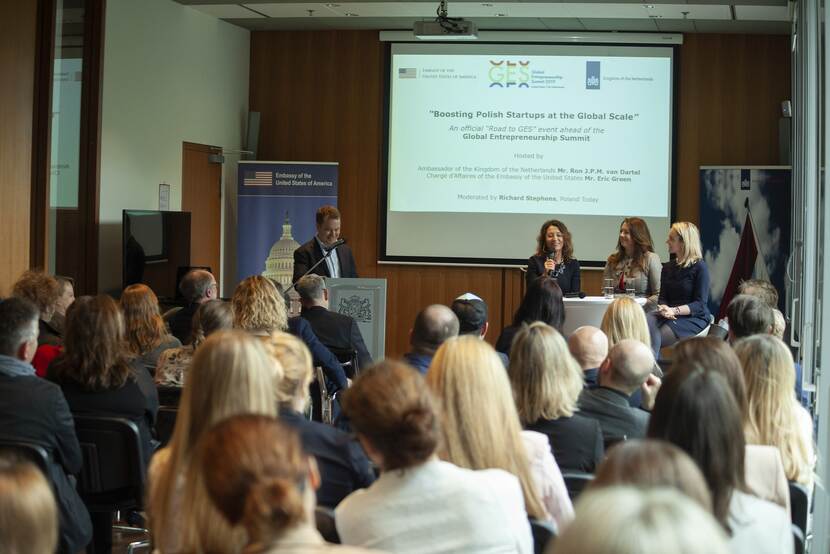 On 23 May 2019 the kick-off event for GES titled: “Boosting Polish startups at the global scale” took place at the Netherlands Embassy in Warsaw. It was co-organised with the Embassy of the USA in Warsaw and gathered approximately 60 participants. The event brought up together people from the start-up/scale-up sector in Poland, including the Polish companies which have applied for participation, not only to highlight the latest news around the upcoming summit, but mainly to share the experiences of several stakeholders in the field of international scale-up activities and innovation, to discuss what they can do together tackle challenges.

The session was organized as an “appetizer” for The Global Entrepreneurship Summit (GES), which will be held in The Hague from June 3 to 5. The GES is a marketplace for innovative entrepreneurs, investors, academics and researchers, and public officials as well as being a platform for sharing ideas, networking and deal-making dedicated on tackling social and commercial challenges in a variety of sectors: agri-food, connectivity, energy, health and water. Through GES 2019 the Dutch and US governments seek to help entrepreneurs who want to grow their businesses and contribute to a better world. It will give entrepreneurs the opportunity to network with businesspeople from over 120 countries and with investors and representatives of major international corporations. 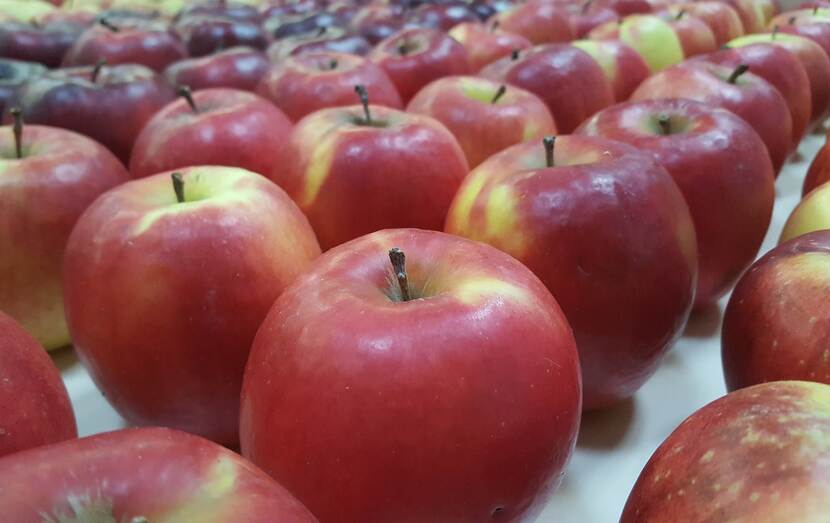 Less Polish fruit on the market in the season 2019

According to several Polish institutes this year’s yield of fruits will be much lower. Not only compared to the huge season 2018, but also from the multi-annual average including a bad season 2017. The cause of the bad results are frosts and heavy rains that destroy fruits on trees but also increase the danger of fungal diseases and molds. Based of estimations Poland will produce only 2,5 mln. ton apples which is the half of the last year’s yield. Apples are a big marker for the Polish fruit sector and define the season for other fruits as well. Also cherries and sweet cherries are in a bad condition. Buds of pears and plums are in a relatively good condition, strawberries are blooming during several weeks, so the frost losses still might be compensated with fruits from later buds. Estimations for blue berry and raspberry are still positive.

As the season has not started yet and it is already known that orchards of many farmers will produce only a half of its regular possibilities, the expectation is that the prices of apples stored from the last season should slightly increase, even the amount of stored fruits is still relatively high comparing to previous years at that time.