Poland: Soft fruit sector in Lubelskie - How to build a value chain?

Following last year’s low market prices for fruits as a consequence of record harvests, the Marshall office in Lublin together with the Embassy of the Netherlands organized a conference on “soft fruit production, how to build value chains?”. At the conference several stakeholders of the production chain were present, agreeing on lack of cooperation, fragmentation, increased attention for food safety/CSR, need for market orientation, labor shortages and breeding rights as important issues for development. An overview of the situation. 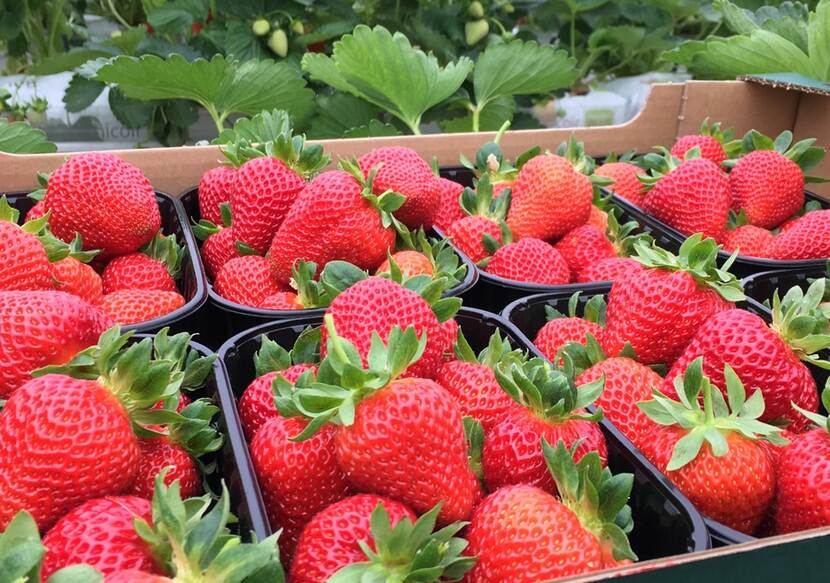 Poland is a leading player in the world’s entire berry production, it has a market share of approx. 8/9%. It is the main EU supplier of berries. It is the biggest EU producer of raspberries and black currents, and EU 2nd largest producer of strawberries. In Poland, around 300 000 small and medium farms are cultivating berries at an area of around 140 000 hectares, annual production varies between 500 000 and 650 000 tonnes annually. Only a limited amount of berries produced in Poland are exported as fresh fruit. Most products stays on the local market or gets processed. The three most important berry cultivating regions are the Lublin, Mazovian and Łodz voivodships producing around 70% of the entire berry outputs. The Lubelskie region produces almost half of the total Polish production of berry fruits, it is one of the most important production regions for raspberries (80% of Polish output of raspberries), (black) currant (50%) and strawberries (28%).

Many Polish producers have committed themselves to professional soft fruit production. However, at the same time, large numbers of small growers have difficulties meeting quality demands of the market, mainly retailers and have too high cost prices to justify profitability. In general, the Polish soft fruit sector looks well under control and structured, especially when compared with countries like Serbia or Ukraine. In the light of the 2018 season with very low prices & unprofitable production, a changing market and before the start of the 2019 season, a SWOT analysis of the Polish soft fruit chain was made. The SWOT analyses resulted from desk research and a wide range of interviews with Polish and Dutch representatives of different actors of the soft fruit chain. It was presented, discussed and made concrete with practical examples during a conference, organized on April 11 2019 by the Marshall office in Lublin and the Embassy of the Kingdom of the Netherlands. Based on the discussion, several developments and challenges can be identified: 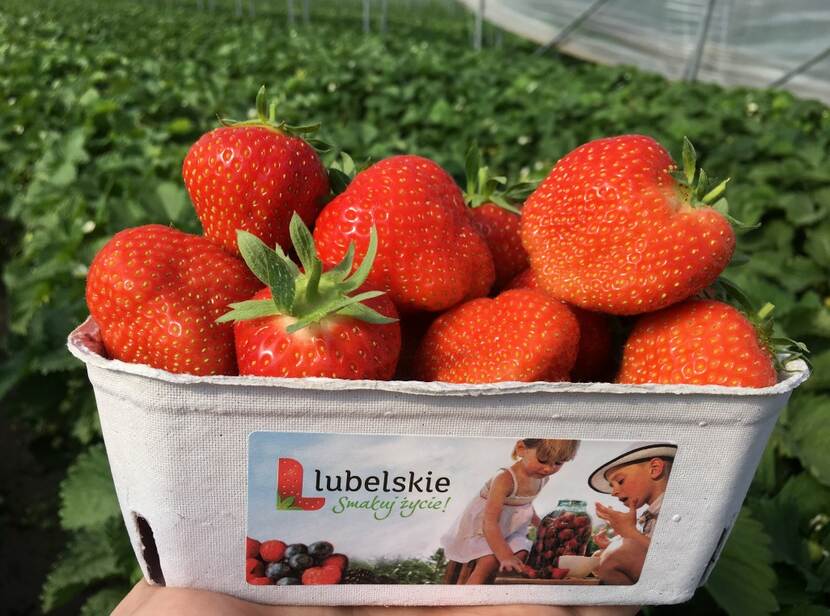 The EU-market for fresh soft fruit is growing in volumes. A substantial part of the growth in fresh soft fruit is due to the snack-fruit demand increase. However, many new entrants on the market supply this growth and development of prices is generally under pressure over the years. Despite being an large producer of berries, looking at exports, sector stakeholders present at the conference confirmed that so far, the soft fruit sector in Poland and Lubelskie region is only limited profiting from increase global demand for fresh berries, it is feeling the pressure by new entrants producing large quantities of fresh berries under competitive conditions and are being pushed to a narrow marketing window for some products. Partly, the fact that Poland is only in a limited way profiting from the increased demand, can be explained by lack of logistical efficiency. Development of agro logistical solutions and (international) chain cooperation are likely a suitable way to address this issue.The improved development stage of the Polish economy led to an increase in consumer spending power in Poland. Polish consumers nowadays demand more and more luxury goods which leads to the Polish fruit and vegetable market changing from a seasonal market to a year-round-offer market. There is currently a high local demand for fresh soft fruits during an extended period of time. The retail chains in Poland want to have the whole year fresh berries in their assortment package, what creates new opportunities for Polish producers of fresh berries. This development further influenced the professionalization of the sector. The more professional growers mainly focus on producing for the fresh market. Whereas small family farms produce mainly for the processing industry.

The demand for new early- and late producing varieties has increased. These varieties enable growers to get 2 weeks earlier to the market and produce 2 weeks longer. This means that to some extent the push market with all growers harvesting at the same period, resulting in peak production and low prices, is being replaced by a pull market with a harvest spread over an extended period of time and improved prices due to spreading the offer and due to improved quality. However, still some growers need to change their mind set from producing varieties that they are used to, towards cooperating in a fixed supply chain and producing what the market demands (and which is related to meeting consumer demands regarding color, flavor and taste); a reinforcement of the mechanism for market functioning of the value chain is needed, combined with accurate cost calculations.

Professional market orientated fresh berry producers are looking for new varieties in order to produce the right fresh berry for the final consumer. Nevertheless there is limited access to ‘all’ new varieties, due to the fact that producers of plant material don’t sell young plants in Poland. Fact is that some variety-owners refuse to sell in Poland due to licence issues, due to a lack of important enforcement instruments to European CPVO Plant Variety Rights.

The Community Plant Variety Office (CPVO) was established by Council Regulation 2100/94. With this regulation, the option was introduced to register community-wide plant variety rights at CPVO. One registration warrants plant protection in all EU Member States. To enforce this protection however, one has to turn to the national law of the country where infringements took place.

Polish legislation covers the topic in ‘the Act on Legal Protection of Plant Varieties’ (Ustawa z dnia 26 czerwca 2003 roku o ochronie prawnej odmian) (hereafter: the Act). Included in the Act are among others definitions, how to register plant variety rights in Poland and

what enforcement instruments there are in case of infringements. Enforcement of rights is possible through criminal law and civil law. However, the Act seems hard to apply to (European) CPVO plant variety rights. This was found in a 2017 court case in Kutno. This judgment solely was caused by the language used in the Act. The Polish judge stated he is unable to interpret the Act in such way that it applies to CPVO plant variety rights (he can only interpret it so the provisions apply to COBORU plant variety rights (national rights of the Polish ‘research centre for cultivar testing’)).

This does not mean CPVO plant variety rights are not protected in Poland, but it does mean that important enforcement instruments of the Act are unavailable to a party whose rights are infringed. Notably, it is not possible to start a criminal law procedures. Also, civil law instruments mentioned in the Act (such as demanding to cease infringement or eliminating results of infringement) are not directly available. However, there might be other ways (e.g. through civil law in general) to fight infringement, and claim for instance damages. The latter is obviously less straightforward.

Although the professional growers are mostly certified with GlobalGAP and/or BRC Global Standards, obliged to be by their customers, the small family farms usually are not. Since these do not use much crop protection chemicals, MRL’s are not really an issue in berry production (except for strawberry) but hygiene is a potential issue. Bad hygiene (i.e. workers not washing hands properly or use of contaminated irrigation water) could lead to health issues, in example Hepatitis A and Norovirus contamination. As an example the issue of June 2018 regarding an outbreak of Hepatitis A in Sweden affecting 17 people and linked to frozen strawberries from a Polish processing plant can be mentioned. Additional scandals might cause serious problems for the Polish frozen berry sector and a competitive advantage would be achieved when food safety could be guaranteed here. 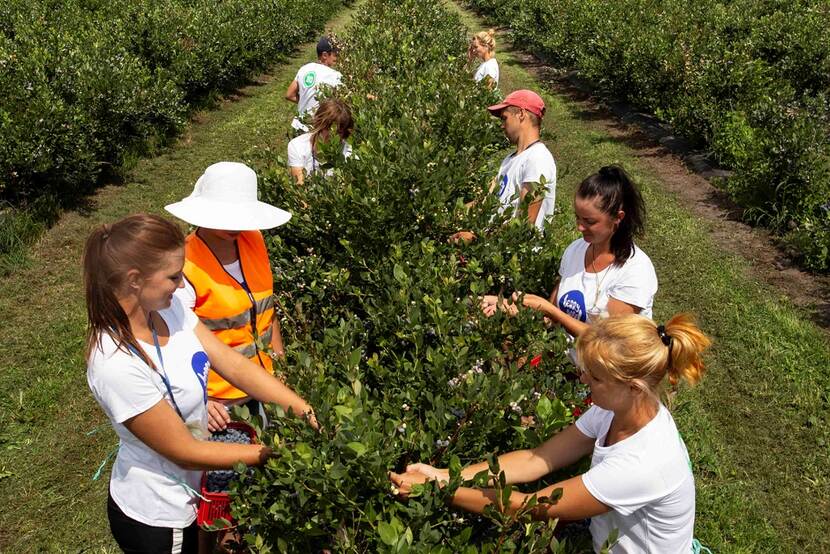 Although many thousands of (foreign, mainly Ukrainian) seasonal workers were granted a 6-month work permit, expected to work in the fields, there was a strong demand from other sectors in 2018 due to the good state of the Polish economy. Many of the seasonal workers found employment in industry-, construction- and transport sectors, leaving many of the (especially raspberry) growers, unable to find sufficient labour to harvest their complete crop. From January 2019 the German employment market is open for Ukrainian workers. It may create even more problems in finding sufficient number of workers to harvest the berries from this year onwards. Investment in harvesting machines might level this issue.

The vast majority of primary producers in the Polish soft fruit sector are still smallholders that grow their fruit in the open. Only the more professional growers changed to tunnel production. The weather conditions have a big influence on yield levels and quality of the fruit being produced. The result is a big fluctuation from year-to-year in quality, overall yields and subsequently, price levels.

Agrologistics includes all activities in the agri-food chain, in order to match the supply of the product with the demand of the market. Regarding agro logistics, the production of berries in Poland is fragmented and so is trade. There will be a need for efficient chain cooperation as global- and EU demand for fresh berries increases. Today, the primary production, processing and distribution of soft fruit produce is scattered over a wide area. In the Lubelskie region are producers of scale, but the main part of soft fruit is still produced by small producers. There is a lack of cooperation between producers on e.g. logistics. The processing industry is receiving the soft fruit from many suppliers. The current functioning of the agrologistical system is not sufficiently accurate to ensure a good quality final product for the market, as well as more attention could be given to key issues like track-and-tracing systems, the reduction of food losses and waste, sustainable food supply chain development and new production methods. However, it seems to be difficult to compromise between the different actors within the value chain, mainly due to lack of cooperation, what results that they aren’t able to meet the demands from the market in terms of product qualities and quantities. But, there are good examples of producer groups, (e.g. Polskie Jagody which was presented during the conference), which could serve as an example in the region and are able to produce a good quality product, who made investments, (partly with support of EU funds), in cold storage, packing and processing equipment. 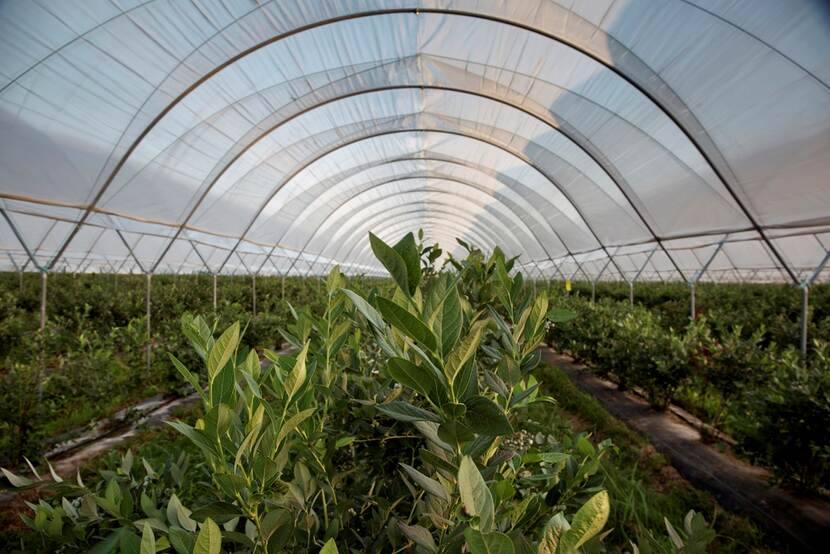 Discussed issues during the conference could be seen as the starting point for strengthening the value chain for soft fruit in the Lubelskie region and are to be used as the building stones for elaborating new measures for improvement. These measures should also be taken into account by the new/future Regional Operational Programme and the Rural Development Program, particular on how to develop the infrastructure for the functioning of the agricultural market in the region, thinking in particular about market demands, agrologistics, technology and introducing new production methods. The soft fruit sector, as such, has to listen better to the market demands, strengthen cooperation and professionalization in order to strengthen the position of the Lubelskie Region on the national, European and World market. The latter was confirmed by Mr Sebastian Trojak, Vice Marshal of the Lubelskie Region and Mr Tomasz Solis, Vice President of the Polish Fruit Growers Association.