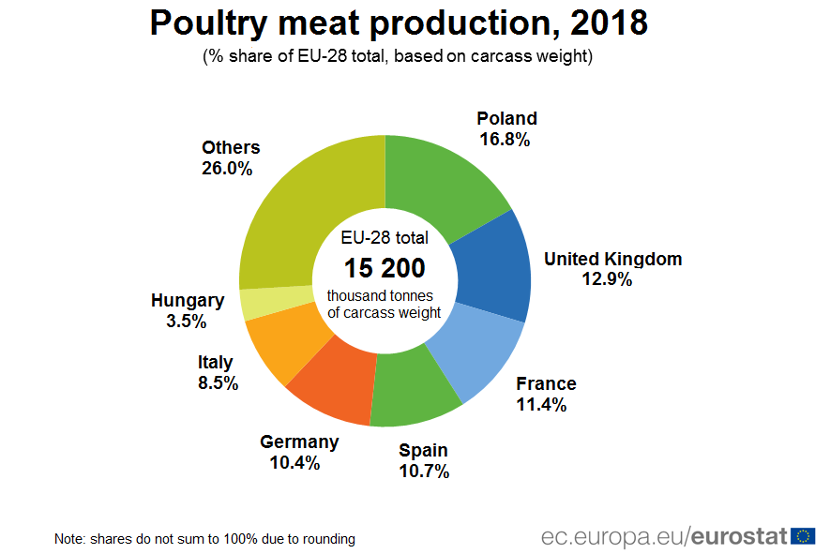 Poland: the largest producer of poultry meat in 2018 in the EU 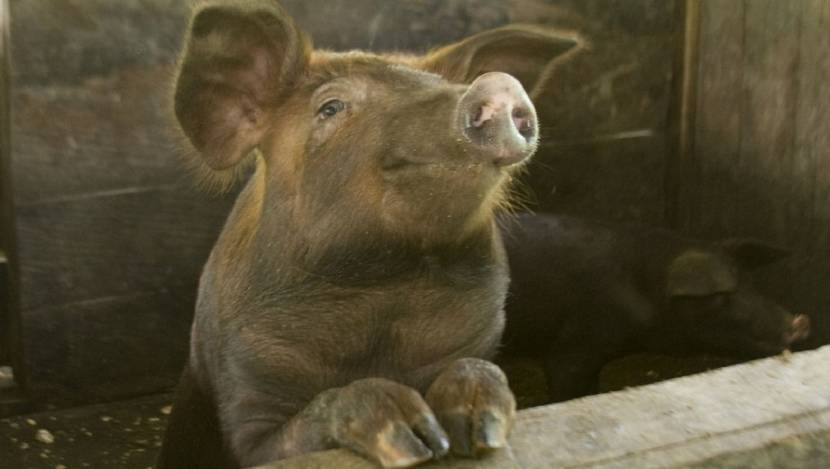 Expected increase in purchase prices for pigs in Poland

Significant deterioration in the profitability of pig production reported at the end of the 2018 led to a decrease in a number of pigs in Poland by 7,4 % which was the highest drop since 2012 (according to the analysis of the Credit Agricole). The decrease concerned both sows (-18.7% y / y) and piglets (-16.3% y / y). A clear reduction in the population was also recorded among other main pig producers in the EU, including in Germany, France, Denmark and the Netherlands. It indicates on the high probability of a decrease in the supply of pork in the EU in the second quarter of 2019, which may lead to the increase in purchase prices of pigs (also in Poland) if the current consumption of pork meat will be maintained. 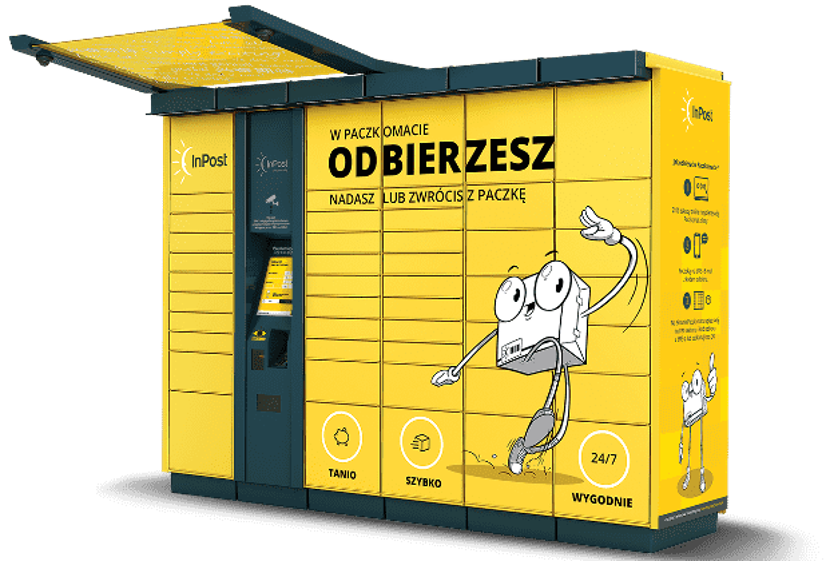 InPost, the largest independent logistics operator in Poland focusing on e-commerce, in particular logistics services for parcel machines and courier services for online stores customers, has currently 4800 parcel machines in Poland. The network of parcel machines is growing in Poland and it is getting available in smaller and smaller towns.  This year, InPost has released a new mobile application for phones which gives the users advantage of some free services, such as checking status and tracking of shipments, additional notifications, pick-up or payment on delivery. In 2018 InPost delivered over 86 million shipments, which is 52.5% more than the year before. Deliveries through parcel machines increased by 56.3%, and by couriers by 45.5%.  Food online shops are gaining trust of the customers in Poland, 16% of internet users buy fresh groceries online (compared to 26% in the world). The food products which Poles buy the most in online stores are beverages, alcohol, bread, vegetables and fruits as well as organic products. One of the reasons for making the first e-shopping, apart from curiosity, is the need to purchase articles not available in other places. The wide range is also the main motivating factor for online shopping for almost half of e-consumers, another is saving time and money, as well as convenience.

Last month Jantoń, one of the largest producers, importers and distributors of the wine industry in Poland, creator of such brands as Kadarka Prestige, Monte Santi, Barmańska, Aronica, Zbójeckie Grzane or Cydr Dobroński, acquired Platinum Wines, one of the key distributors and importers of grape wines in Poland. Acquired company imports from around the world, and above all from Bulgaria, Moldova, Georgia and Chile. The Jantoń company has strengthened its position since 2018 when they signed a long-term agreement with Robert and Mikołaj Makłowicz and took over the operational activity of wine companies: Wino Makłowicz and Selekcja Makłowicz. On March 27, 2019, the company took next step in the direction to the leading position and the agreement between the brand Wino Makłowicz and the known Polish Winery Miłosz was signed for the exclusive distribution of wines to restaurants and hotels. The company believes in the potential of the Polish market as Poles not only drink more and more wine, but also they more and more appreciate its quality, buy more luxurious and therefore more expensive wines. 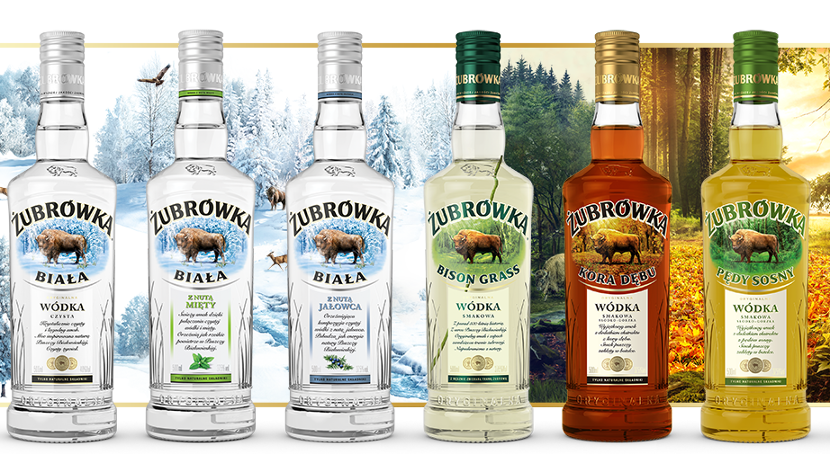 According to the Shanken's IMPACT ranking from March 2019 (World’s Top 100 Distilled Spirit Brands Worldwide), Żubrówka, the legendary Polish vodka brand, is the third bestselling vodka in the world, giving way only to Smirnoff and Absolut brands. This ranking was based on the sales data of 2018. Żubrówka was also in the lead of vodkas with the largest sales increase among all spirits included in the ranking. A total of over 77 million liters of Żubrówka were sold, which is almost 9% more than in 2017. The brand owner, company CEDC is a leading vodka producer in the world and the largest integrated company in the alcoholic beverages industry in Central and Eastern Europe. The company produces and sells such brands of vodkas as: Żubrówka, Bols, Soplica, Absolwent, Green Mark, Zhuravli, Parliament, Royal and many others, exported to more than 50 countries around the world. 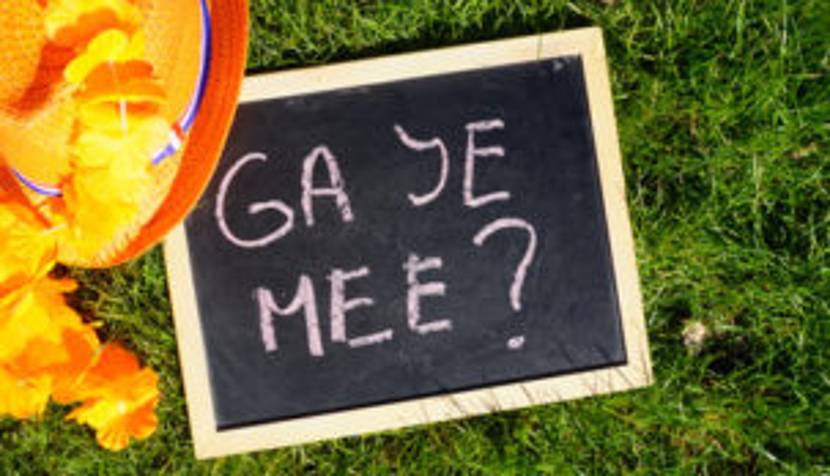 According to the interview with a HR expert from AB Job Service Polska, the Netherlands is still attractive for Poles to go for seasonal works in agriculture. This is a growing trend regardless the type of work, either in agriculture and horticulture or in logistics and production. The Netherlands is one of the most popular European countries for Poles, to which they emigrate for profit. Relatively small distance between Poland and the Netherlands gives the possibility of regular visits to Poland to relax, and meet the family. Dutch salary, even on a minimal level, remains still attractive for them.