17 and 18 of April, in Poznań, over 45 Polish and Dutch scientists met together to strengthen the bilateral cooperation and participation in common research projects. This was already the fourth meeting within the cooperation framework  in the field of animal sciences between the Dutch and Polish scientific organizations since its start. The meeting has been a good step to develop further constructive dialog between Polish and Dutch scientists as well as science and industry and gave participants positive spirits for further deeper cooperation. 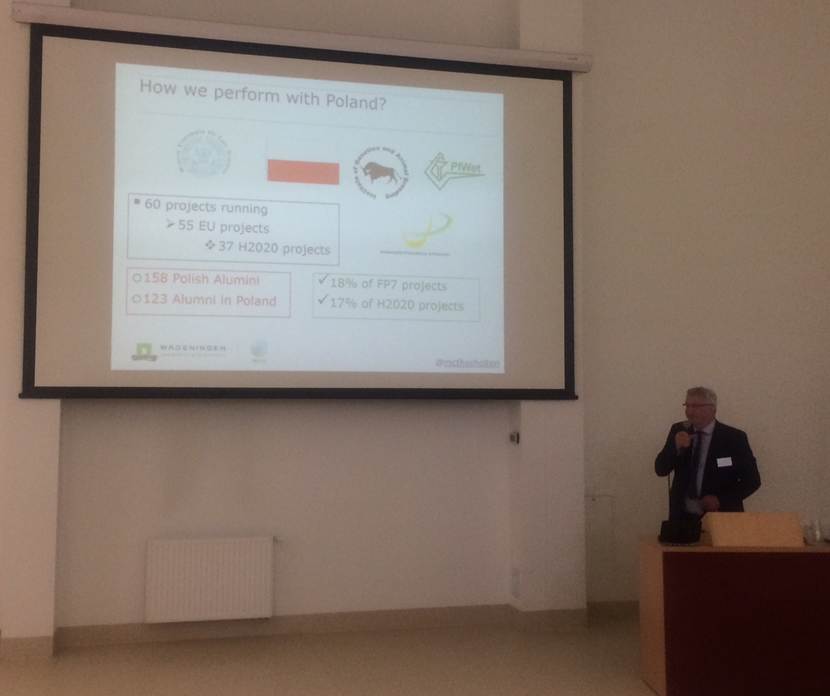 On September 1, 2015, an agreement concerning the cooperation in the field of animal sciences has been signed between the Dutch and Polish scientific organizations; namely The Animal Sciences Group of Wageningen University and Research Centre, the Institute of Genetics and Animal Breeding of the Polish Academy of Sciences, the Faculty of Veterinary Medicine and Animal Science of the Poznań University of Life Sciences, and the National Veterinary Research Institute in Puławy.

The agreement articulates the areas for cooperation related to animal technology and science that are of mutual interest. The priorities include breeding, nutrition, animal health and welfare, livestock systems and precision farming. Both the Dutch and the Polish sides share the ambition of promoting advancement of knowledge, science and economic and social development. Further, the global context and public concerns in both countries, as well as the dynamics of the relationship between the agricultural sciences in Poland and in the Netherlands, create a highly favourable environment to begin fostering a closer cooperation in research.

During the meeting results of the previous years on common research, as well as areas for future cooperation and more active involvement of industry was discussed. Regarding the latter, representatives of companies Topigs Norswin, Lely International, Indyk Lubuski, De Heus and Agrifirm took part in a meeting to get familiar with the research ideas for cooperation.

Since it start, over 15 joint projects active in various fields (i.e. Salmonella, Animal Welfare in turkey breending) have been started and finalized. Over 10 pojects are planned.