The Dutch Garden is officially open

Tall shrubs, 500 roses and evergreens, around 4.000 perennials and ornamental grasses and almost 50.000 flowering bulbs, all provided by nurseries from the Netherlands and Poland: The Dutch Garden combines tradition, innovation and design resulting in an oasis of colors and flowering plants from spring till autumn at the Old Orangery of the Łazienki Park in Warsaw. 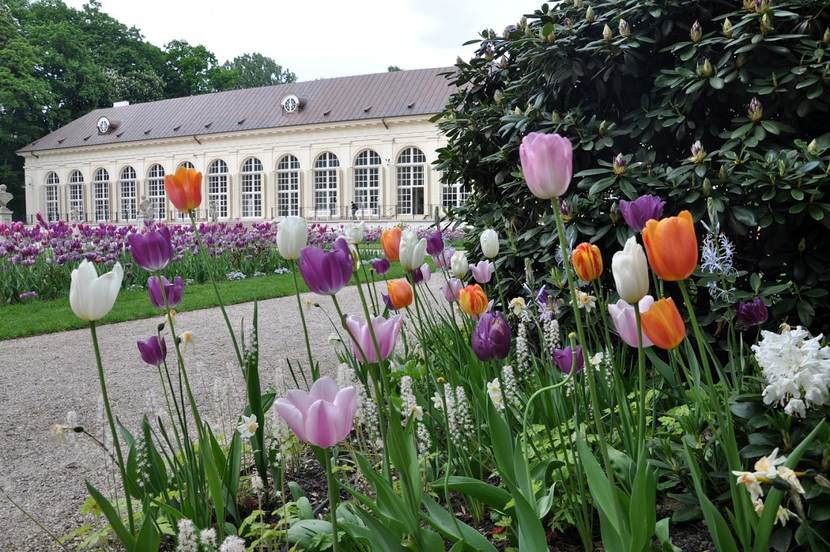 The Old Orangery in the beautiful Łazienki Park was built at the end of the 18th century to shelter exotic trees in wintertime. It was also a place associated with culture and art.

On the very first State visit of King Willem Alexander and Queen Maxima of the Netherlands to Poland in 2014, they visited the Old Orangery. During this visit the idea arose that The Netherlands should make a new design for this garden. After all, the Dutch are famous for their garden design skills as well as for their plant assortment. The idea of the “Dutch Garden” soon took on a new meaning. 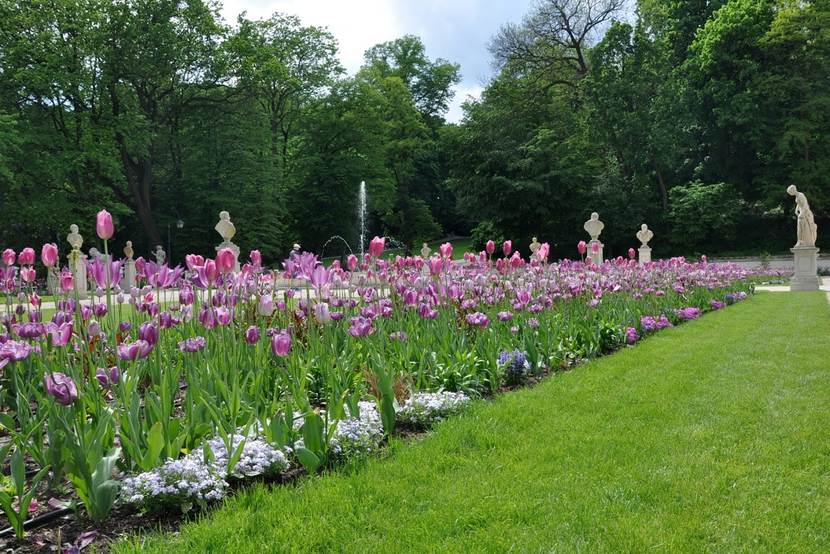 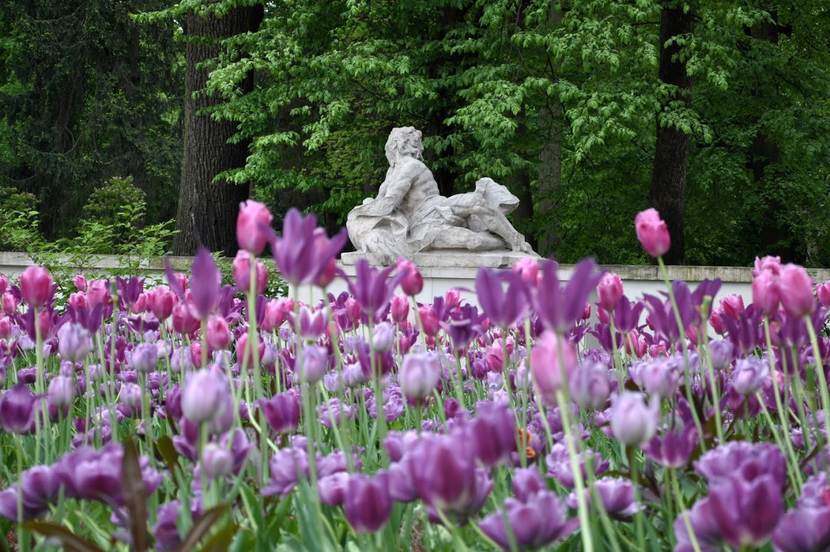 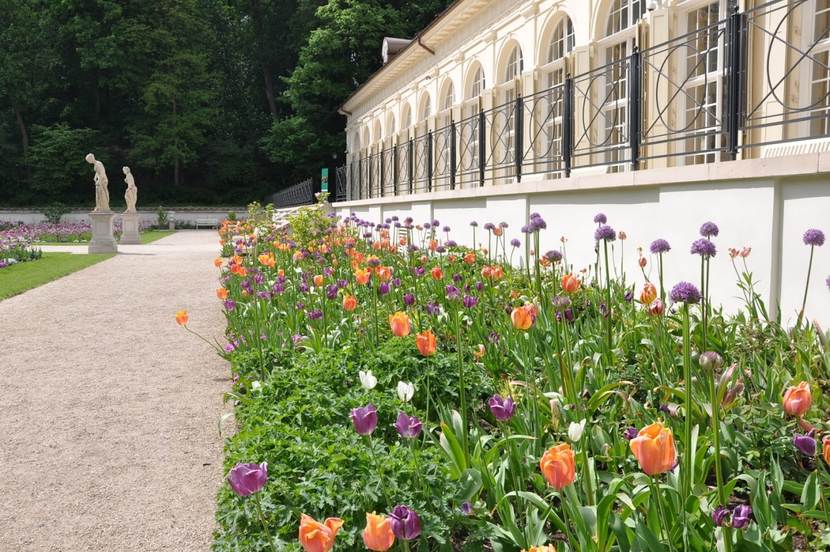 This design, made by landscape architect bureau Niek Roozen, follows the historical symmetry of the terrace and is based on the 18th century garden design, but showcases a large variety of plants designed to create a contemporary look. The “natural” mixture of cultivated plants in these borders is a starting point for new plant designs in urban areas. The layout suits the garden history, but on the other hand the plantation consists of strong new varieties. The garden contains tall shrubs, 500 roses and evergreens, around 4.000 perennials and ornamental grasses and almost 50.000 flowering bulbs, provided by Boot-Hotorus, VitroWarszawa, Vitroflora, Van den Berk nurseries, DummenOrange and a flowerbulb consortium led by Robert Zandbergen, all originating from the Netherlands and Poland. 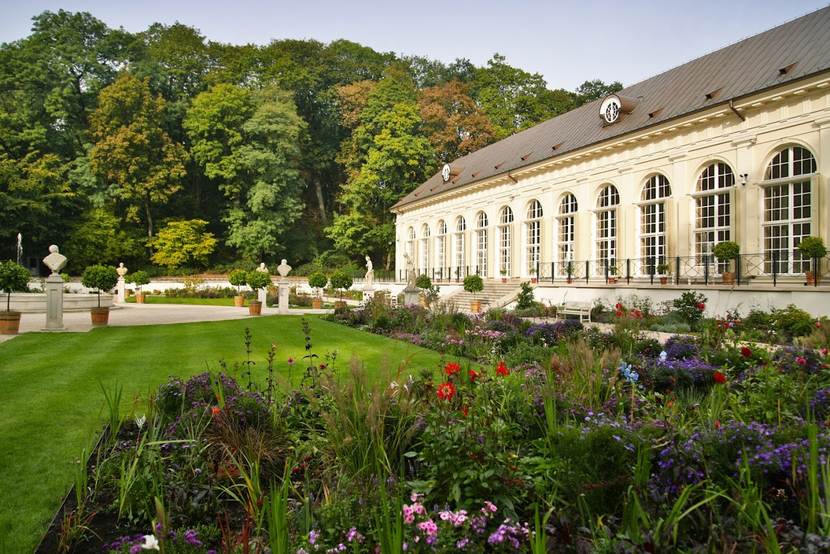 The existing rhododendron borders along the south wall are planted with a colourful assortment of new rhododendrons, hydrangeas, perennials and a variety of spring flowering bulbs, everything in soft nuances of blue, pink, yellow and white.

The borders along the north wall, facing the sun, will bloom with a variety of roses in pink nuances, combined with evergreens, lavenders, violet ornamental onions and tulips in bright purple and pink colours. The two borders will meet along the east and west walls.

The colourful parterres in the middle of the terrace will be full of perennials, ornamental grand tulips, all in bright purple, blue, red and pink colours.

The flowering garden will be a contribution to the well-being of both visitors and to biodiversity of the city. The wide variety of flowering plants attracts bees, butterflies and other insects. The pollinators themselves are food for many birds. Plant choices are not limited to native species. Many non-native plant species are well adapted to urban conditions as well as being colorful and attractive for insects.

With this beautiful variety of flowering plants, the garden is one of the stepping stones of wildlife in the urban environment of Warsaw, thus a good example of the Green City philosophy. 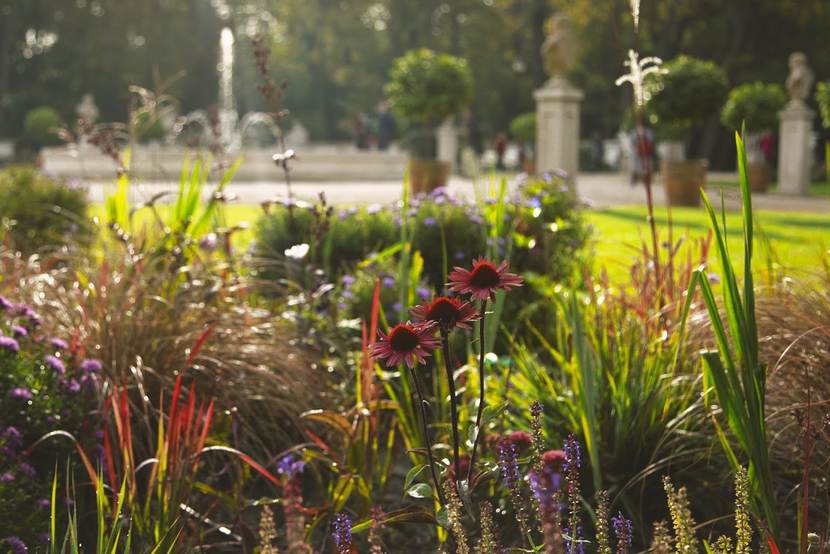 The Green City philosophy is an international approach, initiated in the Netherlands in the year 2002, that places green space at the centre of urban development. It uses evidence-based arguments to highlight the importance of green elements and positions them as fundamental solutions and responses to many of the challenges of contemporary life – from stress, burn-out or obesity to climate-change preparedness. It argues that investment in green infrastructure is repaid many times over in terms of the benefits it brings.

But the Dutch garden is not only an investment in green infrastructure; it is also a sign of a strong and longlasting friendship between the Netherlands and Łazienki Park which goes back to the 17th century, when Dutchman Tylman van Gameren designed the origins of the Park.

Overall, the Dutch Garden combines tradition, innovation and design with respect to architectual style of the Old Orangery and the Łazienki Park.