The Industry Summit 2018 in Jakarta

Industry 4.0 was opened by President Jokowi on April 4, 2018 in Jakarta. He was accompanied by several ministers inter allia  Airlangga Hartarto, Minister Industry. President  Jokowi addressed during his opening speech, that Making Indonesia Industry 4.0 is part of Indonesia National program and the Ministry of Industry is in the lead to implement it.

President Jokowi asked all Ministries, Agencies, local governments and business actors to fully support this program in accordance with their duties and functions. Industry 4.0 refers to enhance connectivity and digitalization of the manufacturing sectors, with 5 Industries to be set as the backbone of Indonesia’s Industry 4.0 and expected to bring a big leverage effect in terms of competitiveness and contribution to the Indonesian economy to be in the top 10 of the world economy by 2030. 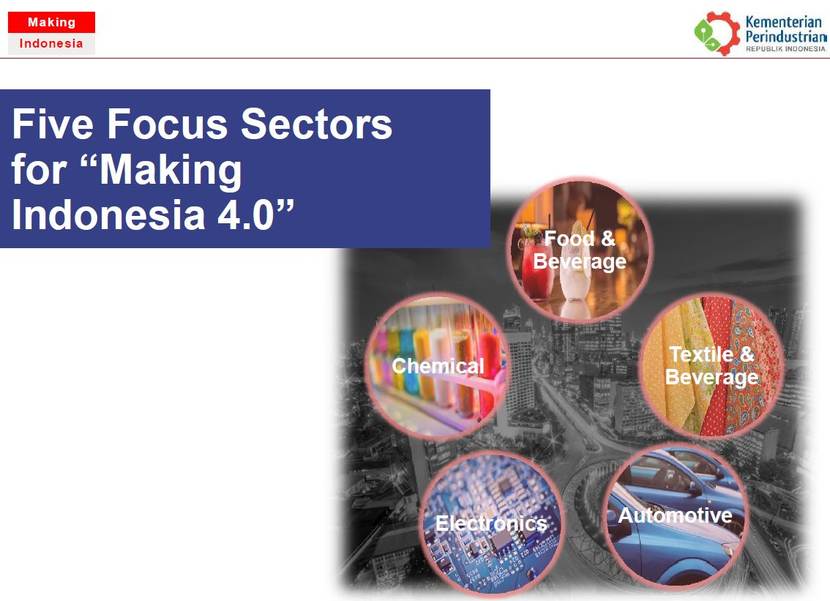 The 5 sectors are Food & Beverage, Textile & Apparel,  Automotive, Electronics and Chemical. Pak Jokowi highlighted the importance of Human Resources Development as set as one of National priorities.

The link of Minister Airlangga's presentation