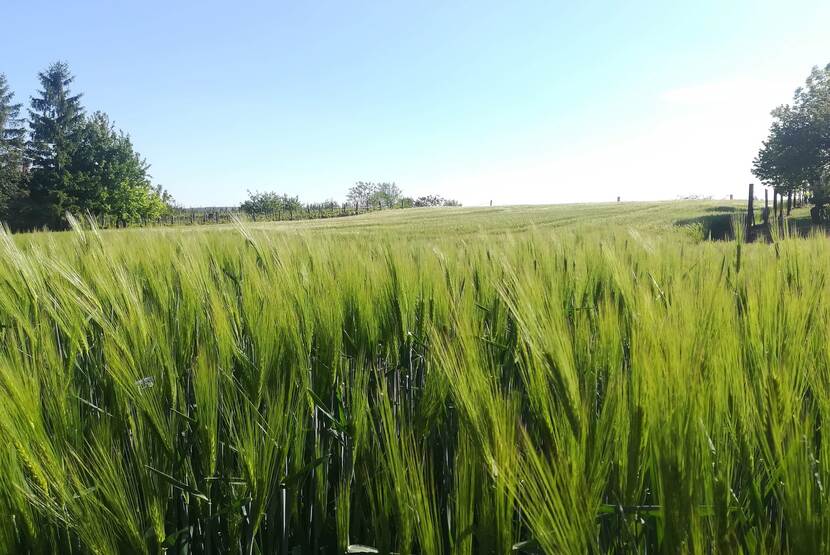 Fields of wheat are ripening in the plains; water scarcity, however, is already permanently affecting the yield of fall wheat.

Currently, EU market support measures to producers enable support to private sector operators for storage in a number of food sectors (based on EU regulation 1308/2013). During a videoconference meeting of EU agricultural ministers, head of the Hungarian delegation State Secretary Zsolt Feldman requested the Commission to expand these measures in order to counter the effects of the recent economic shocks.

First, in order to protect the Hungarian milk industry, State Secretary Feldman suggested the expansion of storage cost payments to include, aside from cheese and skimmed milk powder, the storage of UHT milk. Second, the state secretary also suggested the expansion of the storage cost payments in the pig and poultry sectors, due to disruptions because of the African Swine Fever (ASF) and a large influx of fowl meat import from third countries, respectively. Source: Agrarszektor.hu

Due to the pandemic, the import of fruits and vegetables were hindered this spring. Although the logistical issues have since been solved, the share of import produce on the market in Hungary will probably drop to under 5% by the end of May.

A slaughterhouse in Csengele, Csongrád County has been designated to slaughter one million fowls by kosher rules until the end of 2020. The designation comes amid decreasing European supplies due to the ongoing COVID-19 pandemic. According to the information of the Hungarian Poultry Board, the Csengele slaughterhouse could supply 40% of the European demand for kosher meat. Kosher slaughter is already ongoing under the supervision of designated experts of the Israelite community. Source: Hungarian Poultry Board

The EU Commission updated the list of protection zones for HPAI on May 7th. Several updates for Csongrád, Bács-Kiskun and Békés Counties had been added to the amended annex of the related Implementing Decision. The three counties in the south of Hungary are currently the most affected areas of HPAI. Source: National Chamber of Agriculture (NAK); EU Commission

These fields of fall wheat and red clover are vivid and full of color, but the growth of wheat has been hindered country-wide by the lack of water in the soil. Such a severe drought has only occured twice in the last 120 years and is the worst since 2007.

According to Mr. Bárány, poultry suppliers will play a key role in reviving the sector, who believes that normal business operations will recommence in the end of May to June, but the sector will take another six to ten months to recover. Source: Agrarszektor.hu

According to the Agriculture Research Institute, spring sowing works are at 60% completion. This year, 2.03 million hectares of land will be sown in the spring in Hungary, out of which, 1.102 million ha is expected to be sown with spring cereals, 10 thousand ha more than last year’s total. The largest part of this land goes to corn: The planned total area sown with maize will be 989 thousand hectares. Another large portion of the arable land, 610.7 thousand ha goes to sunflower plantations. Smaller portions go to spring barley, peas and sugar beet, the sowing of which has concluded.

Meanwhile, the growth of fall wheat has in certain places stopped entirely due to the ongoing drought, which means that wheat yields at this point will be irreversibly damaged. Currently, roughly 30-80 mm moisture is missing from the soil in agricultural lands, and even if the rains arrive soon, the next wheat yield will be mediocre in quantity at best.

According to the Hungarian Meteorological Service, in the past month the total precipitation was 8.8 mm, which means that the current spring drought is the worst since 2007 and that there have only been drier Aprils twice in the last 120 years.

On May 12th, five NGOs sent an open letter addressed to the Hungarian Minister of Justice and the State Secretary for EU developments at the Ministry of Innovation and Technology on which they call for action from national and EU decision makers as recovery measures getting into the spotlight EU-wide. The NGOs urge the Government to align the post-COVID recovery measures with the goals outlined in the soon-to-be published European Green Deal, under the egis of green recovery and just transition.