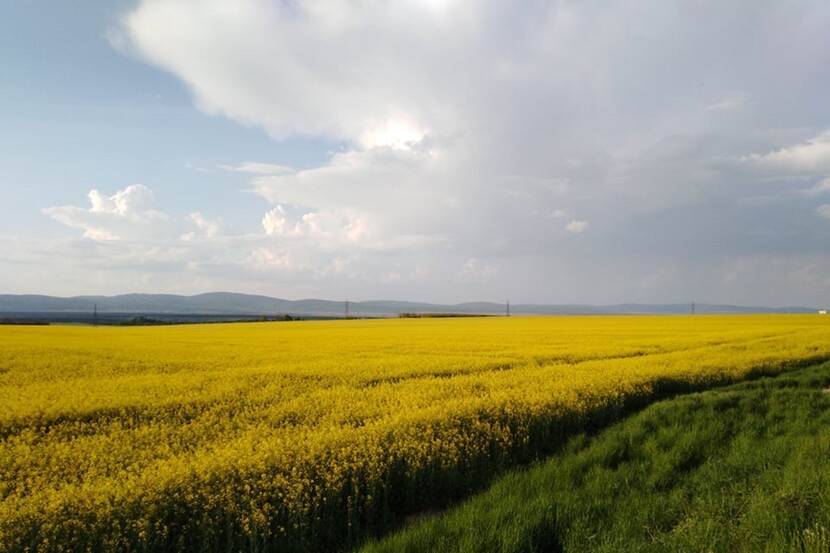 This rapeseed field is still in full bloom in the Balaton Uplands in Western Hungary. Not all plantations were this lucky - Both rapeseed and acacia honey production were hurt by the spring frosts

The drought is becoming more severe in Hungary – Even well-maintained fall sowings are in danger now. Although there was 2-3 millimeters of precipitation this week, this is barely enough to maintain moisture levels in the soil. Producers are hoping for a rainy May period, which would at this point be very much needed to save crop yields.

Meanwhile, apiculture producers are reporting considerable losses because of the March and April frosts. Both acacia (locust) and canola (rapeseed) honey yields will be severely affected because the frost, which hit flowering plants at the most unfortunate time earlier this spring.

Apicultural stakeholders are optimistic however: While in the recent past, honey from China had a considerable market share in Europe, right now, due to the pandemic, storages in European international ports are running low on honey and shipments from third countries take much longer to arrive. This might be a window of opportunity for Hungarian as well as other European producers to knock Chinese honey out of its dominant position in the EU market.

Similar to the Netherlands, the Hungarian ornamental plant sector of horticulture was very severely hit as well. Preliminary projections estimate a total loss of HUF 174 billion (487 million) in the sector. Most of the producers are small family enterprises without substantial reserves. The alliances in the sector consulted with the Government and the Operative Board (the governmental board in charge of COVID-19 pandemic protection measures). As a result, a new decree of April 30th permits flower shops to remain open for Mothers’ Day weekend. They are also expecting two governmental subsidy packages (for energy carriers and propagating materials).

RIS Innovation Prizes awards the most innovative companies to support the development of new products and services which can help transform food system, making it healthier, more sustainable and more trusted. It is one of the largest startup competitions in the agrifood in Southern and Eastern Europe. Competitions aims for an early stage entrepreneurs and companies with innovative products or services that could transform the European agrifood sector from the countries in Southern and Eastern Europe. More about this here. 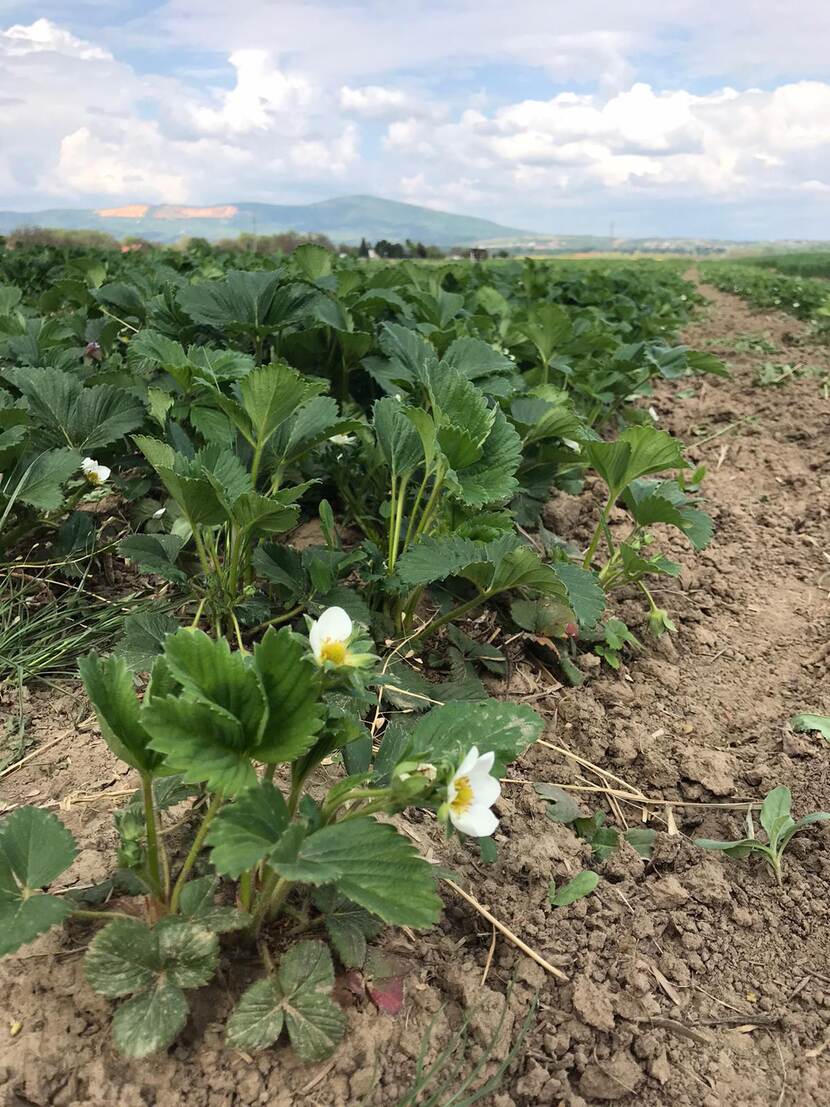 Plant cultivation is hurting because of the drought but in the middle of May, open field plantations like this one will be ripe with woodland strawberry

With a new Digital Agricultural Strategy in place, Hungary sees agro-innovation as key to improve the competiveness and environmental performance of its export-oriented agricultural sector. Due to the structural challenges of the Hungarian agriculture posed by high number and scattered smallholdings and declining farming population, agricultural innovation startups often do no find their appropriate financial support or cease operation at an early stage. Innovation funds are often tailored to other sectors, agriculture is less visible, although finance would be available for agro/innovator start-ups as well.  It is common interest to create platforms where agro-startups can find sources for their initial financial boost. The National Chamber of Agriculture (NAK) launched to the NAK TechLab programme to fill this niche and bring agricultural knowledge and investment together and to encourage new agricultural start-ups.

The Ministry of Finance tabled a bill aiming to boost revenues into the ‘Pandemic Protection State Fund’ by taxing big retailer companies at an additional rate of 0.1-0.4% of their annual income. Global online retailers, such as Amazon and AliExpress would also be subject to taxation. The bill has not been ratified yet.

The poaching of eagles

An unusually high mortality of large birds of prey has been reported this spring. In total, so far 77 eagles have died this year, twelve from poisoning. The death toll includes nine white-tailed eagles (Haliaeetus albicilla) and three eastern imperial eagles (Aquila heliacal). These species are at the highest domestic conservation status, “specially protected”. The Hungarian Ornithological and Nature Conservation Society (MME) suspects that amidst the pandemic protection measures, perpetrators might find it easier to place poisoned bait. Multiple police investigations have been started for the crimes of nature damage, animal cruelty, poaching and substance abuse.