Spain: Lamb exports for Ramadan alleviates the crisis of the sector

Spanish operators will export these days of the beginning of Ramadan about 250,000 lambs to different Muslim countries, which will serve to soften the crisis that drags the sector due to the closure of the catering sector because of the coronavirus pandemic. 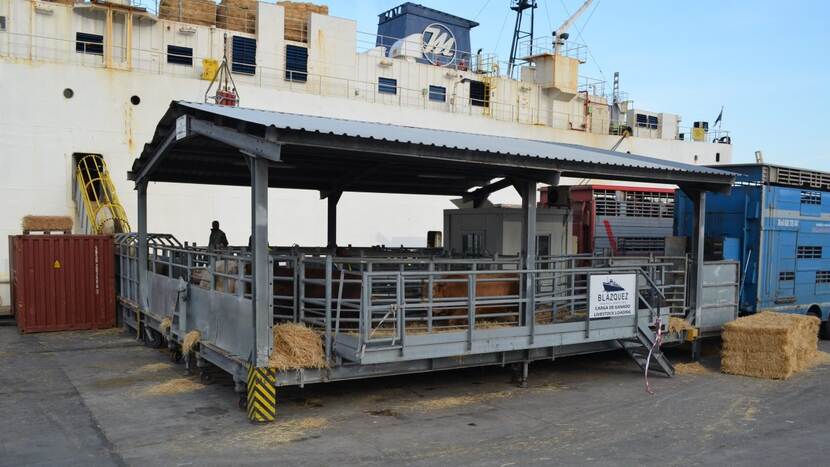 Actually, sheep farming has been in crisis for many years. Consumption is no longer daily but seasonal: it begins at Easter and then baptisms, first communions, all kinds of celebrations. In addition, the biggest consumer is the hotel and catering channel, which logically with the corona has zero consumption. “It never rains but it pours”, Tomás Rodríguez, director of the Interbranch organization Interovic, complains. “We have also lost Italy, where there was a consolidated export at Easter”.

The sheep sector has been given a breath of fresh air by Muslim countries. While sales are plummeting in Spain due to the COVID-19, farmers are focusing on Ramadan and the Feast of the Sacrifice, to be held between April and July.

These sales have allowed “farmers to relax”, after several weeks marked by the health crisis: it has been an “escape valve”, Tomás Rodríguez declares.

The Spanish sheep and goat sector has been on the lockout for Saudi Arabia because, in mid-March, its authorities changed the trade certificates and shipments came to a "complete halt".

It was a “huge blow”, according to Rodriguez, because that country had given the go-ahead to Spain to be able to export these live animals at the end of February, a negative piece of a news that added to the state of alarm.

After the blockade, Interovic asked the Ministry of Agriculture for diplomatic intervention to reopen the export “as soon as possible” and “within two weeks, it was solved”. In fact, an agreement has already been signed to export 110,000 lambs to Saudi Arabia. It is even said that King Philip VI was involved in the negotiations.

Kuwait and Qatar have also showed interest in the Spanish lambs for Ramadan and Interovic is already working to open up these two new markets.

A country, which up until now had bought “very little”, was Jordan, although it will eventually import around 100,000 lambs.

Libya, a regular customer, has bought less this year and will finally import around 40,000 animals from Spain.

Other sector sources add to the list the possibility of selling to Algeria.

As these routes with Muslim countries are consolidated, the sector insists on the opening of another country: China. Live sheep cannot be sent to the Asian giant, as the Muslim states demand, but Interovic points out that China is a market that would allow exports of this type of meat to increase by up to 25% by 2020. “We have already negotiated a technical protocol with them, but there is one point on which we cannot agree on two words. It is only a matter of two words”, Rodríguez says. “We have a position and they have another. What is missing is a political agreement between governments. The sector is not going to advance further; it is a matter of governments' intentions”, he argues.