Digitalization, thirsty fields, diminishing demands and yeast as the herald of self-sufficiency - The last week in Serbian agriculture 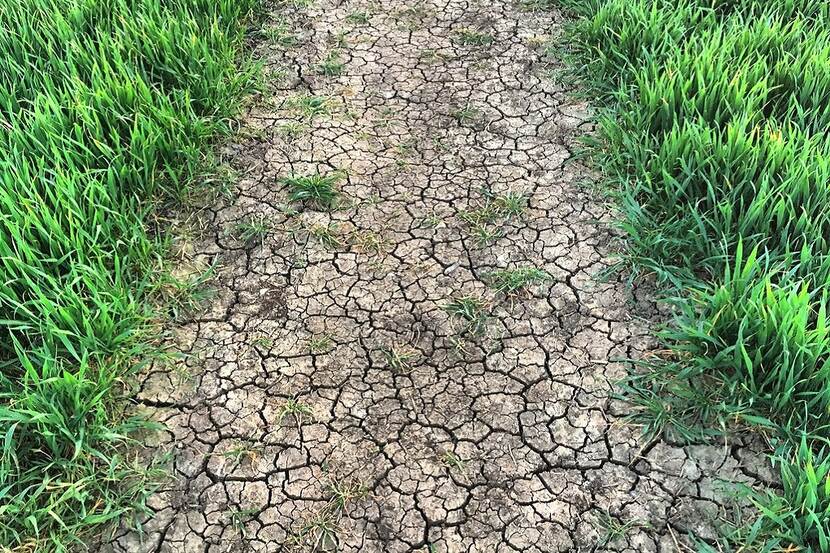 Aside from the closure of the gastronomy and catering sector presenting a demand shock challenge to agriculture, drought is also a burden for Serbian producers. Self-sufficiency and digitalization are the key words of adaptation measures this week.

Due to its structure of the economy, that is, agriculture and the food industry having a larger share in the GDP while highly sophisticated sectors have a smaller share, a decline in Serbia’s gross national product caused by the COVID-19 pandemic will be lower compared to that of other European countries. The share of agriculture in Serbia’s GDP is 7.5%, while in Central and Eastern Europe it is 3.5% and Western Europe it is less than 2%. A similar situation is observed regarding the food industry. The share of agriculture and the food industry in Serbia’s GDP will drop with the further development of Serbia in favor of more productive sectors, much like in other European countries. A generally lower level of economic development is now keeping Serbia from a major drop in GDP.

Thanks to online sales, producers of wine and high-quality juices have reported a rise in demand, and the production has continued despite the coronavirus pandemic. On the other hand, food production intended for the hospitality sector was severely hit since the demand has dropped due to the closure of restaurants and hotels. Producers who have cooperated mostly with the Horeca sector so far are now delivering products to regular local buyers, but an upward trend registered before the crisis has been replaced by a significant decline, which also applies to sales because there are not enough local buyers.

In two days, 150 companies applied for a support program intended for SMEs in Serbia, launched by the Center for Digital Transformation and the Serbian Chamber of Commerce which supports the program. Most of the companies are from the food sector and have 10-15 employees and are engaged in trade. Moreover, they are typically interested in training programs concerned with online sales and digital communication with buyers.

Drought in Serbia to affect corn, soy, sunflower and wheat

Agriculture experts warned that the drought in Serbia will affect the corn, soy, sunflower and wheat crops this year. Association of wheat farmers and exporters “Zito Srbije” stated that 90% of the spring sowing has been completed in the Vojvodina area and 60% in central Serbia and underlined that the drought is making it hard for the crops to grow. They forecast that the drought will seriously affect the harvest, adding that just 20% of the sowed wheat is in good condition, another 20% in very bad state and the rest is of mediocre quality. Farmers sow corn on about one million hectares, soy on some 240,000 and sunflower on up to 230,000 hectares.

Serbia should have a minimum of self-sufficiency

The renewal of yeast production in Serbia is a symbol of processes that will inevitably sweep throughevery country after the coronavirus pandemic – The strengthening of certain strategic sectors of the economy and the “minimum of self-sufficiency.” It was clear even before the epidemic that ruling structures should enable the functioning of strategic sectors in the state. The coronavirus pandemic should be a word of caution for the ruling elite to create operational documents on the base of sector analyses, which will serve the national strategic interest. Professors form Belgrade Faculty of Economy list the example of a seemingly unimportant product such as yeast. Before the pandemic, Serbia imported it from Croatia, but now, local  factory produces it. The same applies to the production of medicine and the food industry because, there is no solidarity in economy, only bare interest. Professors are advising that Serbia should establish some “minimum of self-sufficiency” in the future since countries with their own food capacities and sources in the pharmaceutical sector have fared much better.

The EU abolishes norovirus control on raspberries from Serbia

Raspberries being exported from Serbia to the EU will no longer have to undergo additional norovirus controls, which will facilitate their exports and bring an increased income to the producers of that berry fruit. The European Commission decided to remove the measure of additional control of frozen raspberry exports from Serbia. That measure, additional 10% control or control of each tenth shipment of raspberries from Serbia, has led to additional costs imposed on exporters and decreased income for producers. The Ministry of Agriculture have been working intensively over the past years on establishing a system of food safety that guarantees product quality, entailing the accreditation of the norovirus testing methods, as well as the education of inspectors and workers in the production and processing of raspberries. That has led to the decision made by the EU.

Returnees from abroad should invest in fruit growing

The National Team for the Revival of Serbian Villages is urging returnees from abroad to invest in fruit cultivation. According to an internationally verified estimate by Serbian fruit expert, Professor Zoran Keserovic, an average Serbian family can make a solid living out of a 2-ha blueberry field, 3.5-4 ha of raspberries, 2.5-3 ha of strawberries and cherries, or planting raspberries, apples, and pears on 5 ha, or walnuts, the common hazel, sour cherries, plums, or peaches on a 10-ha area. It is believed that great chances for financial success lie in growing berries in greenhouses. The number one spot in the structure of Serbian agricultural exports belongs to fruit and fruit products (over USD 600 mn)

As of 6:00am April 23rd, the Serbian-Hungarian border section is open again for commuters who have daily business in the other side of the border. The waiver was promoted by two Hungarian MPs with constituencies near the Serbian border. It affects farmers and agribusinesses operating on both sides of the border. The reopening is a result of an agreement between the Hungarian foreign minister Péter Szijjártó and Serbian interior minister Nebojsa Stefanovic.