The first shockwave is over. Agrobusinesses are now waiting for the other shoe to drop – The structural effects of the pandemic can already be observed. An overview of the crisis-related developments in Hungarian agriculture. 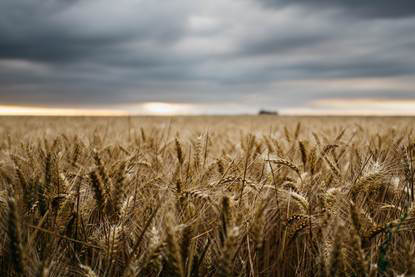 The spring-summer season is here and effects of the crisis can already be seen in agriculture and the food industry.

TL;DR: Several weeks after the COVID-19 pandemic crisis entering Europe, it seems that in the Hungarian agroeconomy, the dust is settling after the first month of initial shocks. There is more information on the patterns of where and how severely agricultural and food sectors have been hit. Seasonal work has started in the fields, products for export are stuck in growing stockpiles. In our previous COID-19 news article (link), we overviewed the immediate effects of the pandemic on agriculture. In this article, we provide an overview of the effects on cardinal agro sectors as well as responses from trade unions and the government aimed at mitigating them.

Effects on the economy

The Hungarian agroeconomy was unprepared for the crisis. Based on the 2019 figures, agricultural export peaked last year - increasing by 8.2% (€714 million) to an annual total of €9.4 billion. However, this export-oriented agriculture is also vulnerable to disruptions in international trade. 86.2% of Hungarian agricultural export goes to EU countries, while only 8.9% goes to non-EU European countries, 3.4% to Asia, 1% to America and 0.25% to Africa.

Last year, the Hungarian net agricultural export balance was 3.1 billion. The strongest sectors were animal husbandry and plant cultivation, the latter being the most dynamically expanding agro sector, with the export of wheat having increased by 21%, corn by 22% last year.

Economic shocks in the common market are bound to hit export-oriented economies hard. What is more is that Hungary’s export focuses on a few key markets. The five most important foreign markets, Germany, Romania, Italy, Austria and Poland imported 52.7% of the total Hungarian agricultural export last year, so demand shocks in these countries will impact Hungarian agriculture in a major way when recession-hit target markets cannot soak up the country’s export output anymore.

Another issue these sectors are facing is the loss of seasonal foreign workforce coming from the eastern neighbors, Ukraine and Romania. However, with unemployment skyrocketing in other sectors – Especially tourism, hotels and catering –  this might be made up for by redirected domestic workers.

People from the hotel and catering industry, who have just recently lost their jobs are already joining the seasonal workforce as spring works are starting in the fields and the labor-heavy plant cultivation sector is so far soaking up domestic manual labor. 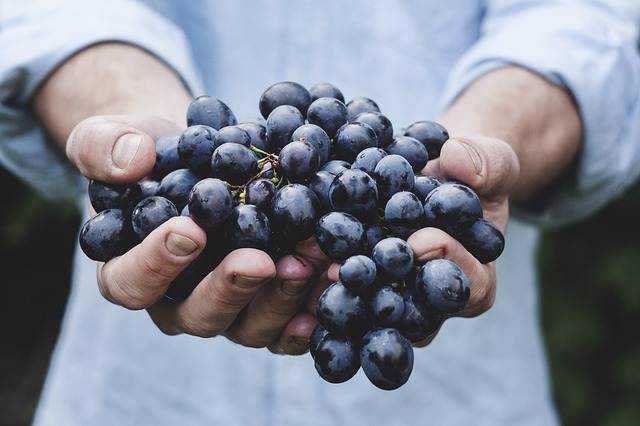 The iconic Hungarian wine industry is also affected by the crisis.

Hungarian wheat was strongest in January, at HUF 61 500/t (€175,9 at current exchange rates) for milling wheat, and HUF 57 500/t (€164,33) for animal feed wheat. These changes are to be expected with the typical new year purchasing surge. However, as French wheat export prices started to drop in early March, the export possibilities for domestic wheat are weaker.

Domestically, the price of wheat is not likely to increase in the spring and the slowing down of the economy will not be favorable for international wheat exportation.

Corn, however, is still going strong with the price per ton staying between €160-170. In Hungary, for corn as well as for rapeseed, 2020 was supposed to bring about the bioethanol boost with the January switch to the E10 fuel blend.

However, while rapeseed took a major hit when the global oil prices went down earlier this year, corn production is more versatile in its possible uses. Two large Hungarian bioethanol-producing companies are investigating the possibilities of turning from biofuel to alcoholic hand sanitizer production during the corona crisis.

As the spring agro season started, the pandemic made farming difficult in multiple ways, including the cultivation of permanent crops. Currently, there are delays in the import of planting materials and scions for grafting from the Netherlands and Italy for fruit orchards.

With a loss of seasonal workforce coming from the eastern neighbors, it is uncertain whether there will be enough labor available for the first harvest of the year, greenhouse asparagus.

The iconic Hungarian wine industry is also hurting. Domestic wine production suffers from the loss of export, the loss of demand in the hotel and catering sectors, and there have also been disruptions in selling to retail chains domestically. 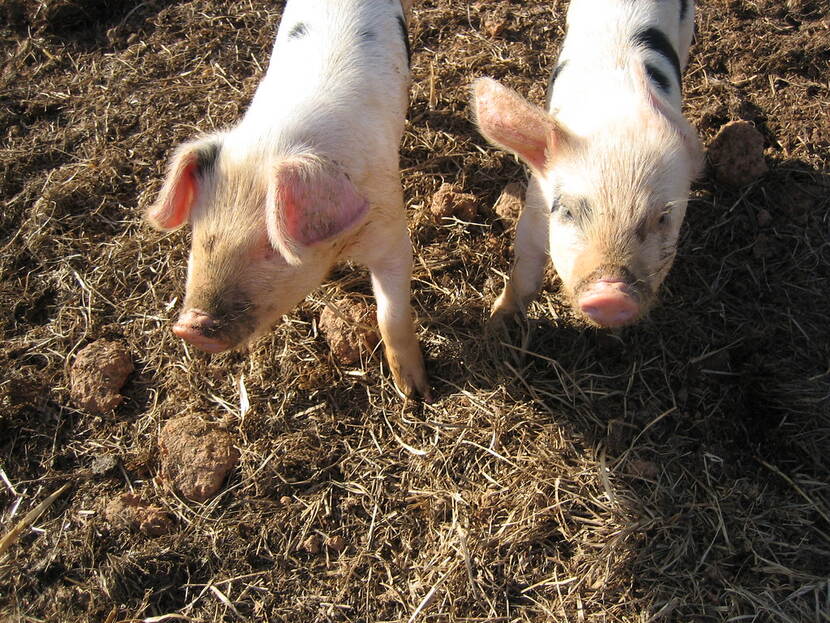 Animal husbandry, one of the two cardinal sectors in the Hungarian agroeconomy, was affected in multiple ways.

The other major pillar of the domestic agroeconomy, animal husbandry, is also dealing with disruptions. Earlier in March, the price of meat rapidly increased, (in some places, even doubled) but meat prices have been stabilizing by the end of the month. Supply is steady but producers had to restructure logistics.

The sheep and mutton export still experiences delays in transportation. Lamb & mutton export will be affected by the €0.4-0.5 price drop of lamb in Italy. For this sector, the crisis could not have hit at a more unfortunate time since the Easter period is the annual peak period for lamb export for domestic farmers.

Domestic meat consumption also increases around this time. The supply of smoked meat will be secure for Easter – But since the ASF pandemic among pigs drove up meat prices, and because the COVID-19 shock might force the consumers to economize their spending and buy lower quality meat. Every year, domestically, 6-7 thousand tons of smoked meat products are sold around Easter

Milk is generally the least value-added product of this industry. Ten liters of milk is needed for a kilogram of cheese, and if all milk surplus was redirected into cheese production, it would make up 45% of the imported amount. Currently, milk production covers the domestic need, and aside from milk, 85 thousand tons of cheese is produced, but the sector will probably accelerate the investment into milk product processing.

The rabbit meat business is also hurting from the pandemic. 96% of Hungarian rabbit meat goes to export, to Germany, Switzerland and Italy. Demand has decreased while the price of feed and transport are increasing. An increase in domestic demand might help

Similarly to the Netherlands, the floricultural and ornamental plant sectors took a major blow from the pandemic. The damages are estimated to be worth HUF 174 billion (€490,16 million).

Worst were hit the floricultural fresh flower producers, with an 85% drop in demand, followed by gardeners cultivating annual, ornamental plants with an 80% drop, then arboricultural nurseries with a 50% drop. Similarly, horticulture was hit hard. Demand for flowers dropped by 80-90%. 85% of all flower shops in the country already closed indefinitely.

Hungarian apiculture also faced challenges. Demand for honey increased generally including in foreign markets, but with the disruption in transportation in the first two weeks of the crisis, export was very difficult. The primary foreign demand increase was in Italy, a key buyer for Hungarian honey. The price of sugar for animal feed increased by 5-25% and the delivery of veterinary medicines is delayed everywhere.

Aquaculture, however, has been brought to the brink of collapse. Fish meat was not a target of the shopping and stockpiling surge. Both intensive aquaculture and pond farming was hit hard, with a loss of demand in the hotel, restaurant & catering sector, and export has also dropped due to quarantines in Austria and Romania.

The surplus is hard to manage, in April-May the waters will start to warm up and the fish might start to die off. The sector is waiting for assistance from the National Chamber of Agrculture (NAK) and the Ministry of Agriculture.

In March, the National Chamber of Agriculture (NAK) issued their second analysis of the economic effects of the pandemic on agriculture. They highlighted that policymakers had to focus on key target areas: Transportation; input materials for plant protection and sowing seeds; aid to the most affected sectors of horticulture, floriculture, aquaculture, sectors of small ruminants and forestry; the strategic stockpiling of protective gear for workers; and addressing the increasing import prices due to the continuously weakening Hungarian Forint.

The government announced that early in April, they will introduce an extensive economic aid package. The Hungarian Chamber of Industry and Commerce advised the government to focus on key policy areas.

In the legislature, the government parties introduced a new legislation, dubbed “coronavirus law”, expanding the executive power of the administration in order to “mitigate the effects of the human pandemic”. Both domestic opposition parties and pressure groups, civil organizations as well as international observers are critical of the scale of this legislation and its effects on the Hungarian democracy. The government also introduced a partial curfew, in effect between March 28 and April 11.

In agricultural governance, the Ministry of Agriculture announced the accelerated payment of subsidies HUF 122 billion (eur 343,9 million) is scheduled to be paid in grants, in the coming period.

The Ministry also announced a new HUF 2 billion (€5.52 million) subsidy scheme for the mitigation of pandemic risks in the pig and poultry sectors. Farmers can apply for grants for the purposes of pandemic protection construction, machinery and asset purchase, among others. (Limit per project is HUF 30 million/€82.8 thousand)

There are governmental plans of introducing an economic package of HUF 1000 billion (EUR 2.7 billion). This fiscal measure will be an overarching economic aid package and is expected to be introduced next week.

Photo credit: "The Pigs" by Open Gate Farm, via Flickr.