The bets for rural Colombia

In 2019 the following 8 elements are decisive in constructing the new Colombian countryside (originally published in Semana Rural). 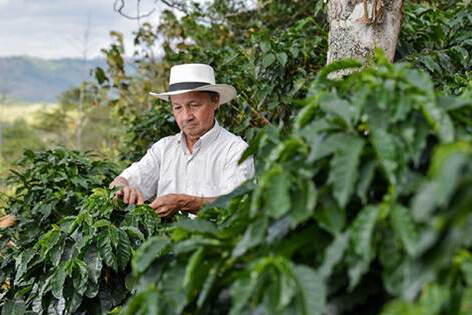 2019 will be the year of “prevention”. The government's commitment is to mitigate risks through preventive measures to deal with the El Niño phenomenon, such as crop insurance and savings campaigns. Since December last year,  a contract farming strategy is being developed: 'Coseche, venda a la fija', with the goal to link 300.000 producers with consumers through financing instruments, technical assistance and connection with agro-industry. This year, two other bets will be banking the countryside (increasing presence of the financial sector in rural areas) and recovering the sanitary status that Colombia lost with foot and mouth disease last outbreaks. The great pending issue for 2019 is the Integral Rural Reform (which is the first point of the peace treaty with the demobilised FARC guerrilla), but the resources to finance the first step of the reform - the multipurpose cadaster that will define land ownership and use – are still not secured.

In 2018, every 18 hours a political or social leader was attacked. In the Cauca, Valle del Cauca and Nariño provinces the dispute of illegal groups for the control of the area could affect the electoral contest (in the run up to the local elections which take place later this year). Same is true for the corridor that goes from the Catatumbo to the Urabá (in Antioquia).

It is one of the Government's great commitments to promote regions and the country's economic growth in 2019. The Tourism Sector Plan 2018-2022 will be the instrument to achieve the strengthening of competitiveness and the promotion of the tourist products and services in the Colombian countryside.

The most recent results of the Monitoring of Deforestation (2017) warn that in the country 219.973 hectares of forest were cut or burned, with the Amazon region being the most affected. This year will be crucial in the fight against this crime. 2019 will be marked by the reduction of rainfall, drying rivers and forest fires that the El Niño Phenomenon brings.

Regarding extracting natural resources (like oil and gas), in 2019 there will be two important debates: the first one is about whether or not Colombia forbids fracking, because in March a bill on this topic will be discussed in Congress. The second controversy has to do with the decision of the Constitutional Court to restrict the effect of popular referendums (for or against mining). The environmental groups will present legal actions to overturn the order of the high court.

In 2018, it was two years since the signing of the Peace Agreement, a time in which the fulfillment of what was agreed between the Government and the FARC had to advance considerably. But by 2019 there are several pending tasks still to be fulfilled. The first being the closure of the designing cycle of the Development Programs with Territorial Approach (PDET for its abbreviation in Spanish). These plans, built by the communities most affected by the conflict and containing the initiatives needed to improve the quality of life in the countryside, should have been ready before the first half of last year. But out of the 16 announced PDETs, three are still being worked on.

The year started with bad news for the regions and rural areas in terms of security. During the first week of January, a social leader was killed almost daily. Additionally there was an increase in the number of homicides throughout the country, particularly in post-conflict zones, after five years of downward trend.

Regarding the highly demanded protection of leaders, two recent announcements give an insight of what could be expected from this Government. On the one hand, the Prosecutor General's Office finally acknowledged there is systematicity in these crimes, that is, these are not isolated cases, which could help the judicial investigations to advance. Furthermore, the President announced a Timely Action Plan (Plan de Acción Oportuna) to articulate all the institutions around the protection of defenders of human rights. However, in practice, "the future of this plan depends on the fact that this Government stops seeing with a rearview mirror and assumes responsibility for the issue," as Juan Carlos Garzón, a researcher at the Ideas para la Paz Foundation, explains.

As for infrastructure, the Government presented a document with policies of 4G megaprojects, which includes thirty concessions. In addition, it structured the “Colombia Rural” program for the tertiary roads. On the one hand, the Agency for the Renewal of the Territory stated that the plan to improve tertiary roads works on 252 sections and 3 docks. On the other hand, the Ministry of Housing issued the resolution of “Ras-Rural”, which involves 33.000 communities in decisions regarding water supply and sanitation. The Ministry of Agriculture reported that 218 billion Colombian pesos (approximately 62 million euros) for rural housing in 2019 will be allocated.

One of the main topics of this year is the need to guarantee access to quality education in rural areas, from pre-school to middle school. The Rural Education Special Program will be a key issue because its objectives contain the main needs of the sector. The main goals of this year are to increase the rural coverage rate in secondary education from 63 to 73 percent, fighting school dropout and reducing it to three percent. Another fundamental issue of rural education is the need to expand the coverage of the School Feeding Program (PAE for its abbreviation in Spanish) to serve 1.900.000 children and teenagers.